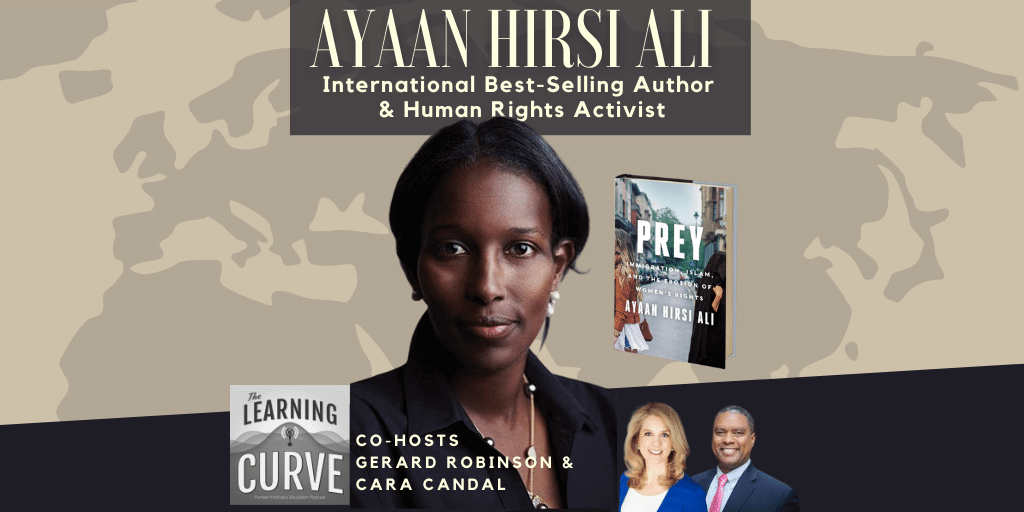 Ayaan Hirsi Ali is a Research Fellow at the Hoover Institution, Stanford University and founder of the AHA Foundation. She served as a Member of the Dutch Parliament from 2003 to 2006. While in Parliament, she focused on furthering the integration of non-Western immigrants into Dutch society, and on defending the rights of Muslim women. She has written several books including Infidel: My Life (2007), Nomad: From Islam to America – A Personal Journey Through the Clash of Civilizations (2010), Heretic: Why Islam Needs a Reformation Now (2015), and The Challenge of Dawa (2017). Her new book, Prey: Immigration, Islam, and the Erosion of Women’s Rights, is now available. Prior to joining the Hoover Institution, she was a Fellow at the Belfer Center’s Future of Diplomacy Project at Harvard University, and a Resident Fellow at the American Enterprise Institute in Washington, D.C. She received her Master’s degree in Political Science from Leiden University in the Netherlands.

Next show’s guest (Weds., March 3rd) is Tommy Schultz, CEO-elect of the American Federation for Children.