Adam White and Jace Lington chat with NYU Professor Rachel E. Barkow about Florida Governor Ron DeSantis suspending a state attorney for announcing his intention not to prosecute certain cases involving abortion and other politically charged issues. They discuss how prosecutorial discretion works (or doesn’t), lessons the federal government can learn from state criminal law experience, and why local governments might be best suited to handle the administration of criminal law cases.

Adam White and Jace Lington talk with Emily Bremer from the University of Notre Dame Law School about the Administrative Procedure Act and her two recent law review articles about how the original understanding of administrative rulemaking and adjudication differs from current practice. They also discussed the Bremer-Kovacs Collection, which brings together original sources related to the 1946 Administrative Procedure Act to help scholars read the law in its full context.

Adam White and Jace Lington, Research Director at the Gray Center, chat with Columbia Law School Professor Thomas W. Merrill about his new book: The Chevron Doctrine: Its Rise and Fall, and the Future of the Administrative State. They discuss theChevron doctrine, how to think about judicial review of agency interpretations of statutes, and the Supreme Court’s recent decision in West Virginia v. EPA.

C. Boyden Gray, former White House Counsel and U.S. Ambassador to the European Union, chats with Gray Center Co-Executive Director Jennifer Mascott, where he described how Congress has changed over the decades, talked about his experiences as a law clerk at the US Supreme Court and as White House Counsel, and spoke about Justice Clarence Thomas’s legacy on the Court. From the Gray Center’s May 25 Capitol Hill Conference.

This panel discussion, from the Gray Center’s May 25 Capitol Hill Conference, consisted of a timely discussion on the leaked Dobbs draft opinion and the implications of this relating to the institution of the Supreme Court. It featured Hunton Andrews Kurth Special Counsel The Honorable Thomas B. Griffith, Sullivan & Cromwell LLP partner Jeffrey B. Wall, Advisory Opinions podcast host Sarah Isgur, and was moderated by Dechert LLP partner The Honorable Steven A. Engel.

This panel discussion, from the Gray Center’s May 25 Capitol Hill Conference, focused on how Congress can exercise effective oversight authority to get nonpublic information from the Executive Branch. It featured Sidley Austin LLP partner William R. Levi,  Jones Day partner Hashim M. Mooppan, and was moderated by The Honorable Steven G. Bradbury, former General Counsel and Acting Secretary of the U.S. Department of Transportation.

Adam chats with AEI’s Peter Wallison and John Yoo about their new book: The Administrative State Before the Supreme Court: Perspectives on the Nondelegation Doctrine. They discuss common arguments about the nondelegation doctrine and whether the US Supreme Court is likely to start applying the doctrine to restrain administrative agencies.

Ed Whelan, Distinguished Senior Fellow at the Ethics and Public Policy Center, chats with Paul D. Clement, 43rd Solicitor General of the United States, about Clement’s experience with religious liberty cases leading up to the 110th case he has argued before the US Supreme Court, Kennedy v. Bremerton School District.

Attorneys Nathan Lewin, Erin E. Murphy, Mark Rienzi, and Marc D. Stern talk about upcoming religious liberty cases before the US Supreme Court in a panel discussion moderated by former Assistant Attorney General Steven A. Engel. The panelists debate the potential impact of Supreme Court rulings in those cases in addition to whether current approaches to protecting religious liberty are adequate to navigate contemporary challenges.

Adam chats with Wharton School Assistant Professor Brian D. Feinstein about his new paper, “Submerged Independent Agencies,” co-authored with the University of Chicago Law School’s Jennifer Nou. The paper covers hundreds of examples of administrative agency officials sub-delegating rulemaking powers to civil servants who are not appointed by the president, a court of law, or a department head and surveys the constitutional implications of those arrangements.

On March 18, the Gray Center hosted the First Annual Gray Lecture on the Administrative State, an event that we hope to make a keynote of our calendar each year.

This included a panel discussion, featuring Professors John Harrison, Aaron Nielson and Aditya Bamzai, along with Gray Center Co-Executive Director Adam White. They discussed the future of “agency independence” in the aftermath of Seila Law v. CFPB (2020) and Collins v. Yellen (2021), along with the broader trajectory of the Supreme Court’s jurisprudence on appointments and removal.  Each of the professors has also authored or co-authored a new Gray Center Working Paper.
END_OF_DOCUMENT_TOKEN_TO_BE_REPLACED END_OF_DOCUMENT_TOKEN_TO_BE_REPLACED 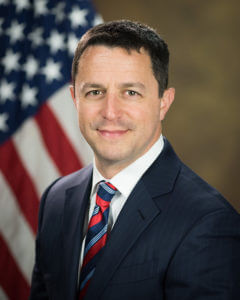 Today, in the Gray Center’s “Pulse of the Court” podcast series, Steve Engel of Dechert LLP and Jenn discuss the just-completed February oral argument sitting at the Supreme Court. They focus primarily on the final case of the sitting, Egbert v. Boule, which raises important questions about whether, and when, federal officers should be subject to monetary damages for alleged violations of constitutional rights.

Please join us for a conversation on the Supreme Court’s term so far, and the cases soon to be heard.

Halfway through the Supreme Court’s term, the Justices already have issued decisions with major consequences for the administrative state — most recently, its decisions on the OSHA and HHS vaccine mandates. Next the Court will hear cases involving the breadth and limits of the EPA’s powers on climate and energy regulation. And we are awaiting the Court’s decisions in cases involving Chevron deference and New York’s administration of gun laws, among other things.

When the Supreme Court ruled that OSHA’s Covid vaccine mandate was unlawful, Justice Gorsuch wrote separately that the Court’s decision “rightly applies the major questions doctrine.” The Major Questions Doctrine has been increasingly important in the Supreme Court and lower courts’ decisions, among judges who believe (as Gorsuch puts it) that the doctrine “ensures that the national government’s power to make the laws that govern us remains where Article I of the Constitution says it belongs—with the people’s elected representatives.” To discuss the past, present, and future of the Major Questions Doctrine, Adam White chats with Professors Gillian Metzger and Kristin Hickman.

Louis Brandeis famously wrote that “a single courageous State may, if its citizens choose, serve as a laboratory” for government reform. Today we see many states becoming laboratories for the reform of administrative law. Last year, the Gray Center hosted a roundtable to discuss new research on administrative law in the states.

On Friday, the Supreme Court heard oral arguments on the legality of the Occupational Safety and Health Administration’s (“OSHA”) vaccination-or-test mandate. The parties challenging the mandate contend that it is unprecedented in the breadth of its assertion of authority. On this podcast, Professor Jenn Mascott, co-director of the Gray Center, interviews Steve Lehotsky of Lehotsky Keller–the counsel of record for the business groups challenging the mandate.

Mascott and Lehotsky discuss the oral arguments from Friday, including the questioning faced by Lehotsky’s partner, Scott Keller, who was the first attorney to argue before the Court in 2022. Friday’s argument was in an unusual posture, as it involved the parties’ request that the Court stay the government’s mandate, which Lehotsky and Mascott will also address. Tune in for discussion of the Justices’ consideration of who, and which institution, in our federal system has the power to decide health and economic policy questions of enormous magnitude, based on the terms of a law passed by Congress more than five decades ago in 1970.