This week Dennis touches the third rail and talks about the insidious turn taken in the conversation about race in America. Then in our weekly interview segment he welcomes in the former chief editor of USA Today, Joanne Lipman, to discuss her Time magazine article on the rise of ChatGPT and Vitaliy Katsenelson, CEO and Chief Investment Officer of IMA, on the underlying cause of the FTX scandal.

All that and the Parting Shot.

What’s bugging Dennis Kneale this week? How about the recent riot in Atlanta? Let’s investigate Antifa as a terrorist organization.

Then ex-PriceWaterhouseCoopers CMO John Sviokla talks about the reported fusion breakthrough and why we won’t deliver on its promise without more government support. 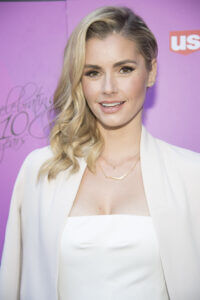 This week Dennis talks to Thomas Julin – a top litigator for the First Amendment – about the #TwitterFiles and exactly what Section 230 means in practice.

What’s the difference between a conspiracy theory and the news? About six weeks.

Dennis takes on the way the news is being framed on a day-to-day basis and talks to Wall Street Journal columnist Kimberly Strassel on Republican plans to investigate the Twitter Files with a new special subcommittee of the House Judiciary. And then veteran futures trader Jim Iuorio stops by and explains why the Fed will have to stop raising rates soon.

As we enter the New Year, Dennis Kneale takes a contrarian view of the McCarthy Mess, dives into media ignorance on the #TwitterFiles, and asks “Wealth Wizard” Ed Butowsky to explain his surprisingly bullish outlook for investing in 2023.

Put a smile on your face! Things are looking up!

Up this week from Dennis Kneale: Why are the media still ignoring #TheTwitterFiles? And… Silicon Valley sage Vikek Wadhwa accuses The New York Times and The Washington Post of telling lies in Kashmir, and best-selling author Natalie Pace on her life as a nomadic journalist..

Plus this: you think your Christmas dinner might get awkward? Hold Dennis’ beer: Our host must decide whether to sit down to supper with a person who recently was thinking of killing him—and this person owns six guns.

Up this week: Dennis leads off with #TheTwitterFiles and asks Washington Democrat insider Lanny Davis whether Twitter went too far. He also interviews The New York Post’s longtime “Media Ink” columnist, Keith J. Kelly, to ask why the media are going all-crickets on the story.

And the latest on the arrest in the Bahamas of accused crytpo-scammer Sam Bankman-Fried. Why is the SEC leading this case when it lacks any oversight of cryptocurrencies? Maybe the real aim is to silence the mop-headed 30-year-old so he can’t talk about Democrat donations and the access it brought.

This week Dennis leads off with the Georgia run-off and the Twitter Files, asking the $64 Question, “Where is the media outrage on election interference?”

Then Vivek Wadhwa, the Silicon Valley author, Harvard academic, and friend of Elon Musk lets loose with startlingly blunt criticism of his old friend. According to “The Vivver,” Musk is partying too much, is surrounded by idiots giving him bad advice, and is taking too many drugs that are “eating away his brain.”

Long time financial reporter and broadcaster Dennis Kneale kicks off his new podcast series with a look at how far the media have fallen since he entered the business 30 years ago. He also talks to Ukranian-born investor Yuri Vanetik, managing partner at Dominion Asset Management, who says Republicans are opposing Biden for his Ukrainian connections – when they should be helping Ukraine defend itself.

Kneale also takes a look at the downfall of FTX and has a parting shot on staying healthy through the holidays and into 2023.

What ever happened to Dennis Kneale? Well, then he left cable news and waited for the offers to pour in. None did. Imagine that?

But he has a podcast now, where he’ll cover the media, politics, business, investing and more. Be sure to tune in every Thursday for the latest edition of What’s Bugging Me.