Our next races pits long term democrat incumbent Henry Cuellar against the young but fairly experienced Cassy Garcia who was second in command managing Ted Cruz district office statewide. The Texas 28th is a district that hugs along the border with Mexico and takes in Laredo. Lyndon Johnson during his 1948 Senate Run where his […]

When we get the Hitler or Mussoline crap how about this as a response: so you know history before and during WWII. Very cool. Just one question: you a Stalinist? Didn’t he do a great job getting rid of Hitler. With US weapons, but still. He knew how to get things done.  Just like Slow […] 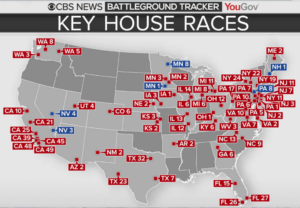 by Daniel Brinkman and Jack LaMorte

When you try and find something on the GOP’s odds to retake the house really all you can find are 30,000-foot projections for the entire country or lists of the districts that are rated to be “toss-ups” by RealClear or Cook or 270ToWin. None of them bother to show their math as to how they came up with these lists (mostly they’re derived from a microdata read on the D/R/I splits into these districts or how the districts performed on a macro level last cycle) So my friend Jack and I decided to try and remedy that absence by researching each of these districts and talking about them individually as well as each race and both candidates. We are going to watch hours of their debates and appearances so you don’t have to!

Below are the first four that we researched. If you have greater information on any of these districts or races please let us know, we are confined to what we are able to research so if you are actually living these races or being bombarded with ads, please let us know what we got wrong or are off about.

Rob Long is in for Jim, Join Rob and Greg as they discuss why American feminists don’t have much to say about women in Iran risking their lives for freedom – and when they do it gets really weird. They also groan as President Biden names the wife of his chief of staff as a “diplomat for plants and animals.” Lastly, they get a kick out of lefties finally realizing that “Latinx” is only hurting their efforts to win back Latino voters – only to come up with an equally absurd name and declare war on Spanish language articles and pronouns.

Michael “Ozzie” Myers was sentenced to 30 months in prison for election fraud.  Myers served less than one year in Congress, before he was expelled in 1980, in the ABSCAM scandal. He was the first congressman expelled from Congress since the Civil War.  Three guesses, and the first two don’t count, as to which political party Myers belongs to. Of course, he’s a Democrat.

Here’s the article in The Epoch Times today.  The current ballot-box-stuffing operation was actually pretty complex, with many fraudsters collaborating on it.  The article has a good description of his wrongdoing back in the 1970s, too.  This guy was evidently a practiced election rigger.

For the fifth district we will examine, we look at Virginia’s 7th. This is a district now represented by democrat incumbent Abigail Spanberger but was previously repped by republican college professor David Brat in 2018 who famously upset Eric Cantor in his primary. In an odd twist of history it is Cantor’s primary defeat that […] 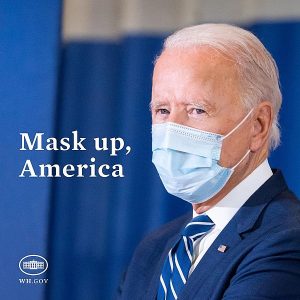 Riochet.com Editor-in-Chief Jon Gabriel is in for Jim today. Join Jon and Greg as they are pleased to see Dr. Oz and the GOP exposing John Fetterman’s radical record of coddling violent criminals. They also shudder as the government confirms a recession as the negative economic growth in the second quarter of this year becomes official, and they nod glumly as former Treasury Secretary Larry Summers ties the inflation mess back to a spending binge that started 18 months ago. And they sigh as White House Press Secretary Karine Jean-Pierre says it is not at all odd that President Biden would ask if a deceased congresswoman was in the audience because she was “top of mind.”

Once in a while, an ad breaks through the election silly season.  Quiet, yet hard hitting, with the move to technicolor subtle and effective, Doug Mastriano puts out an ad that is positively Reaganesque.  Perhaps it can be edited down to television length.   Preview Open

Why would the FBI come to your house?

There are a number of possible reasons.  They range from the possibility that they are looking for someone who does not live there anymore, to looking for information about another person, to looking to interview a target or even make an arrest. Perhaps you were at home, and the FBI agent has told you some things about your connection to the investigation and you are wondering if you can take the agent’s statements at face value. Or, perhaps you have already agreed to speak with federal agents, and you are wondering if you have made a grievous error.

Yesterday, Michael Anton published the above essay at American Greatness. He delves into some of the downward trends in our nation and what the response of “Establishment Conservatives” has been. He names Jonah, Bill, Steve, and Kevin, among others. Oh, silly me. He delves into their responses to other conservatives who are criticizing the “regime,” […]

Join Jim and Greg as they have a good time speculating about what caused the “leaks” in the Nordstream and Nordstream 2 pipelines and what it means for the war in Ukraine and for Europe’s energy supply this winter. They also roll their eyes as Sen. Amy Klobuchar suggests passing the Inflation Reduction Act will stop hurricanes in the future and the media seems eager to paint Gov. Ron DeSantis as a failure no matter what happens with Hurricane Ian. Finally, they discuss White House Press Secretary Karine Jean-Pierre calling for a “conversation” about whether the Atlanta Braves ought to change their name.

With Reason editor Stephanie Slade and Eric Kohn and Dan Hugger of the Acton Institute, Jack explores the mysteries, intricacies, tensions, and contradictions of national conservatism as filtered through the third National Conservatism Conference, held earlier this month in Miami. (This is a cross-posting of the Acton Unwind podcast.)

Whenever Italy elects a right-of-center Prime Minister, the international press labels them a fascist and links them to Mussolini (coincidentally, the only Italian PM they’ve heard of). What was true for Silvio Berlusconi and Mario Draghi is true of their latest PM, Giorgia Meloni, elected over the weekend. To wit:

Join Jim and Greg as they eagerly welcome a poll showing Republicans with a 21-point advantage in competitive House districts. They also shudder as more signs emerge of a worsening economy from – from energy to housing to hiring. And they discuss the left and the media branding incoming Italian Prime Minister Giorgia Meloni as a fascist. But since the left now tars anyone who disagrees with them as “fascist,” the word has lost much of it’s meaning.

Why am I not seeing more effort put into assuring the U.S. public that U.S. elections are trustworthy, fair, and not rigged? Politicians, government agencies, “social media” and other technology outfits, and others are spending much time, energy, and money trying to harm people who question the results of [some] U.S. elections. Vilifying those people […]