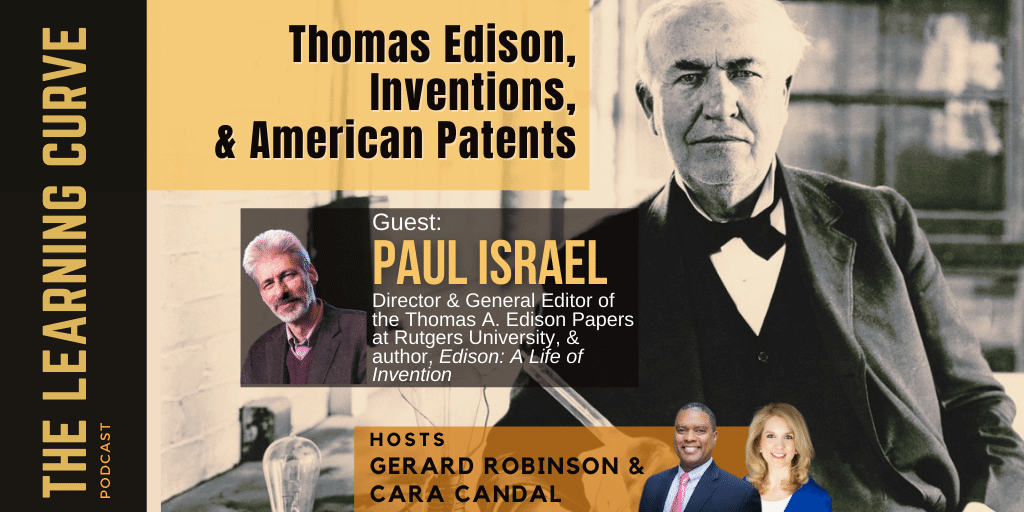 Prof. Paul Israel is the Director and General Editor of the Thomas A. Edison Papers at Rutgers University, and has made the study of American invention and innovation his specialty. The Edison Papers provides leadership in publishing and developing the documentary legacy of America’s most prolific inventor and innovator. To date, the project has produced nine volumes of The Papers of Thomas A. Edison, as well as an online edition with nearly 150,000 documents. In 2000, Dr. Israel was awarded the prestigious Dexter Prize for Edison: A Life of Invention (1998). His other books include, From Machine Shop to Industrial Laboratory: Telegraphy and the Changing Context of American Invention,1830-1920 (1992) and Edison’s Electric Light: The Art of Invention (2010); written with Robert Friedel. Dr. Israel is a frequent consultant and contributor to projects seeking material about Edison and invention, including nearly thirty television and radio documentaries. He also teaches graduate and undergraduate courses in the history of technology and innovation.

The next episode will air on Wednesday, November 24th with guest, Nicholas Basbanes, author of the 2020 literary biography, Cross of Snow: A Life of Henry Wadsworth Longfellow.

KSBA confirms it withdrew from NSBA, its national group, "in response to a pattern of dysfunction within the organization."

"KSBA objected to the tone, incendiary language and some characterizations made within" NSBA's Sept. letter about threats to school boards, a spox said.