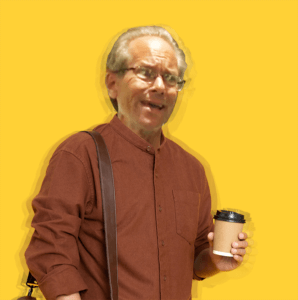 “Belief” in “climate change” is a signifier of a vast raft of opinions and stances. Those who “deny” are guilty of ecocide, the primary sin of our time. It supersedes all other sins, because it is existential murder of the broadest sense.

The issue at hand is a Canadian study – of course – advising that people should drink less coffee to combat climate change.

Canadian researchers analyzed coffee’s “contribution to climate change” in a piece published in early January and suggested people moderate their consumption of the popular drink as a part of the solution.

Robots aren’t as far in the future as many people think, especially ones that can be put to work in the skilled trades and “hard industries.” And we’re going to need them because of the existing and expanding shortage of skilled (human) labor in those industries, and given the fact of rising demand for all the things produced by “hard industries” whether basic materials, from metals to grains, or advanced products, from cars to computers.

I’m pretty sure I saw the rocket tonight. Here’s a picture I took with my iPhone 11. Preview Open 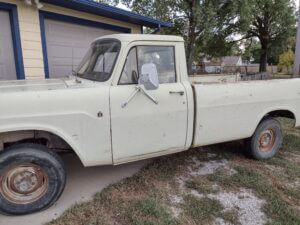 My grandpa died in 1974 at the age of 90. A year or two before he died, he bought a used 1971 International 1110 pickup at a farm sale in the Oklahoma Panhandle, where he had been ranching for nearly seven decades. It’s a little surprising that he bought an International because he was a Ford man all his life. But perhaps the price was right or perhaps he simply took a fancy to its square-rigged look.

International Harvester started producing pickups in 1907, and its vehicles were known for their ruggedness and adaptability. They served as delivery vans and light trucks in the city, as farm and ranch trucks in rural areas, as buses, and even as mining and logging trucks. It even created the Scout and the Travelall as the first SUV-type vehicles. Despite their advantages, they were always the little brother to the Big Three of Ford, GM, and Dodge in the light truck/pickup market. Their last light truck was produced in 1975, and today International is Navistar, which produces semi-trucks and diesel engines. So my grandpa’s pickup was part of the last line of light trucks that International produced. 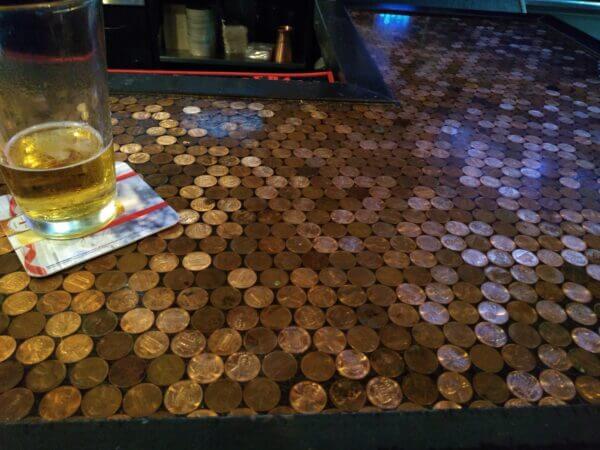 What you’re looking at is a bar made by arranging roughly a hundred bucks* in pennies over the surface and coating them in plastic. I can read the dates off of some of the pennies (those that aren’t flipped upside down), but quite obviously not all the pennies were minted in the same year.

Here’s the question: Judging solely by the dates these pennies were minted what year was this bar constructed? How many dates would I** need to read to have a reasonable confidence in that answer? Should I bother taking dates off of the dull pennies, or only focus on the shiny new ones?

Join Jim and Greg as they welcome a get-tough approach on China. They applaud Wisconsin Rep. Mike Gallagher warning Americans to get rid of the TikTok app because it’s basically a data harvesting tool of the Chinese Communist Party. They also groan as twice as many Americans described the economy in negative terms, 65 percent said the economy is headed in the wrong direction, and more than half expect it to get worse in 2023. Finally, they slam ABC’s Martha Raddatz for accusing Republicans of creating the border crisis by slamming President Biden’s policies – instead of the open border policies themselves.

For most of my life I have been happy buying hardcover books.  But a few years ago I knew that some day we were going to move and figured I would save myself from a bit of heavy lifting by buying some books in electronic format.  It is also nice to choose which book I […]

There’s a paywalled Financial Times story linked on Instapundit that appears to claim that scientists have finally achieved a net gain in energy during a fusion reactor experiment. I’m not an FT subscriber, so I can’t read the article, and the summary news story (also linked by Instapundit) doesn’t contain a lot of details.

I’m assuming the reactor was of the inertial confined design, in which lasers are directed from many different angles at a small pellet containing deuterium or tritium (i.e., “heavy hydrogen”), with the rapid vaporization of the pellet’s walls creating a roughly spherical shock wave that compresses and heats the hydrogen atoms to a point at which their nuclei fuse — the fusion reaction.

As thoughts, mine anyway, turned to Central America, I recalled that when I visited Costa Rica ten years ago, there was among San José’s numerous bus stations one that used to be the Coca-Cola plant. Presumably Coca-Cola just built a bigger better one elsewhere in the country. But wherever it is, and not just in this […]

When Francis Gary Powers was shot down in 1960, it ruined a summit with the Soviet Union. If the first photo reconnaissance satellite had been available a few months earlier, the Powers’s U2 flight might not have occurred. But before Corona was launched, the Naval Research Lab put up GRAB which detected Soviet radars. Pete […]

Vanguard TV-3 blew up and was dubbed Flopnik. Here are previous articles I wrote about this 1  2 Preview Open

This week on Hubwonk, host Joe Selvaggi talks with climate scientist and Johns Hopkins lecturer Dr. Patrick Brown about his recent paper, Human Deaths from Hot and Cold Temperatures and Implications for Climate Change, on the factors that contribute to high climate-related mortality, and those that lead to better resiliency.

The NASA website has some spectacular photos of the spacecraft flying to the Moon, testing systems to be used for the next manned flight. Here is one. 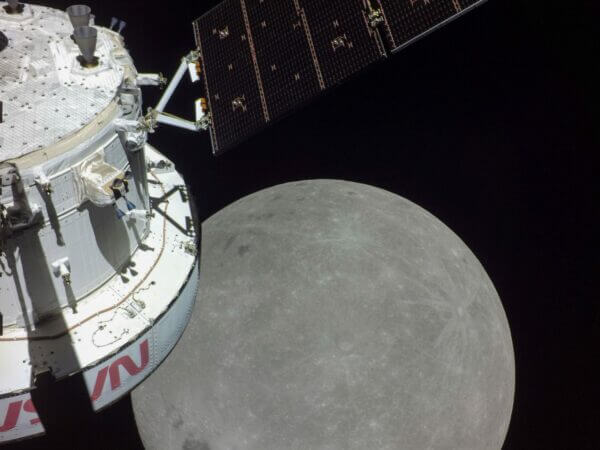 Politicians aren’t innovators or inventors. Economic growth—wealth creation—is dominated by technology progress and then what policymakers either impede or encourage. Of course politics matter, but what we know about emerging technologies can change the framing, and the stakes. In Part 1 we revist the big-picture macro trends that point to a promising future.

When the atom bomb flattened Hiroshima, the whole world changed. Already the belligerents in the Second World War had been far too happy bombing civilian targets to subdue the foe. From the poison gas of the First World War to V2 rockets and jet-powered fighters of the Second, the world witnessed science’s willingness to provide newer and more deadly weapons. Today I’m exploring not the weapons but the way we understand and react to them, the minds of all of us haunted by nuclear war.

When Nagasaki followed Hiroshima, the Second World War ended. Immediately we began to confront the specter of the next. If the Third World War was fought along the pattern of the Second, none of us would survive. Mankind had developed the ability to commit suicide. Have you ever stood at the edge of a cliff and felt the wild impulse to throw yourself off? Even more horrifyingly, it needn’t be an intentional choice.

Everything except my final two sentences is from the following link: https://drtrozzi.org/2022/10/20/80-canadian-mds-boosted-and-dead/ Preview Open

I have a friend who is an elderly doctor, a man who still talks to patients. He has what seems to me a remarkable ability to diagnose illnesses and injuries quickly, often with little more than a glance at a texted photograph. I tested this recently when I sent him a picture of a friend’s […]

A great deal is said about the numbers 3,6, and 9 at this link. Much of the info there is rather mundane: https://teslatelegraph.com/2022/09/04/why-did-nikola-tesla-say-that-369-was-the-key-to-the-universe/ Preview Open