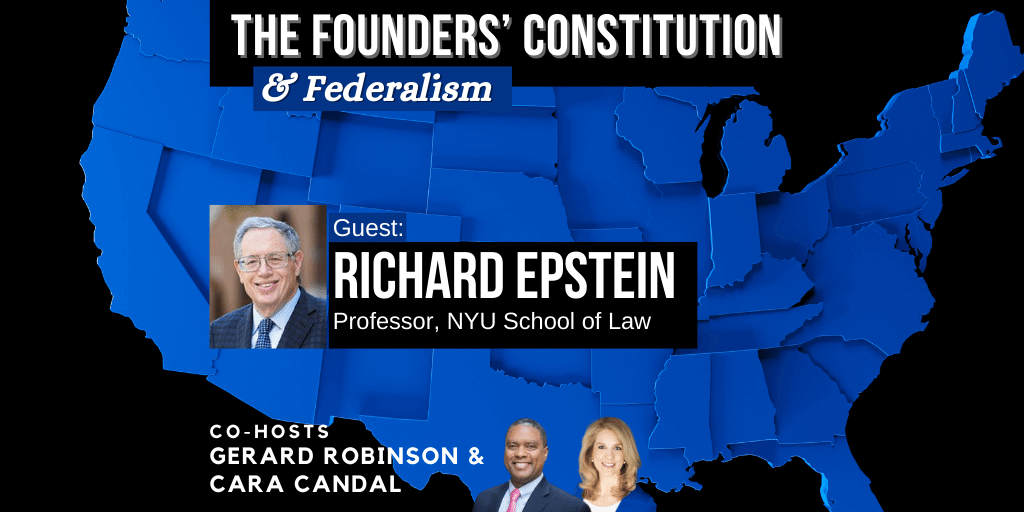 This week on “The Learning Curve,” co-hosts Gerard Robinson and Cara Candal talk with Richard Epstein, the inaugural Laurence A. Tisch Professor of Law at NYU School of Law, and author of The Classical Liberal Constitution: The Uncertain Quest for Limited Government. He describes the influence of 17th and 18th-century English ideas on our Founding Fathers’ views of ordered liberty and self-government. He traces federalism’s legal roots and explains why the concept of “competitive federalism” among the states and with the national government remains hotly contested. They discuss federalism as it relates to education, with early state constitutions delegating wide authority to local governments and citizens. Professor Epstein distinguishes federalism from infamous states’ rights arguments from antebellum America, or unjust state and local laws like Jim Crowism and segregation, and offers insights on how to strike a balance between the federal, state, and local governments in terms of ensuring basic rights. He explores how policymakers at all levels should think about using classical liberal constitutionalism to achieve wider access to educational excellence. The interview concludes with Professor Epstein’s reading from his book.

Stories of the Week: In the UK, the All-Party Parliamentary Group for Entrepreneurship has issued a report calling on the government to prioritize instruction in entrepreneurial skills. In Utah, women constitute 72 percent of K-12 educators, but only 13 percent of school superintendents, according to 2019 study by the national School Superintendents Association.

Some schools have moved to bolster staffing, but many are hoping for the best without doing much else differently compared with last year.https://t.co/UjQx45KOoJ

72% of the U.S. public educator workforce is female, but just 13% of superintendents are women. Why?