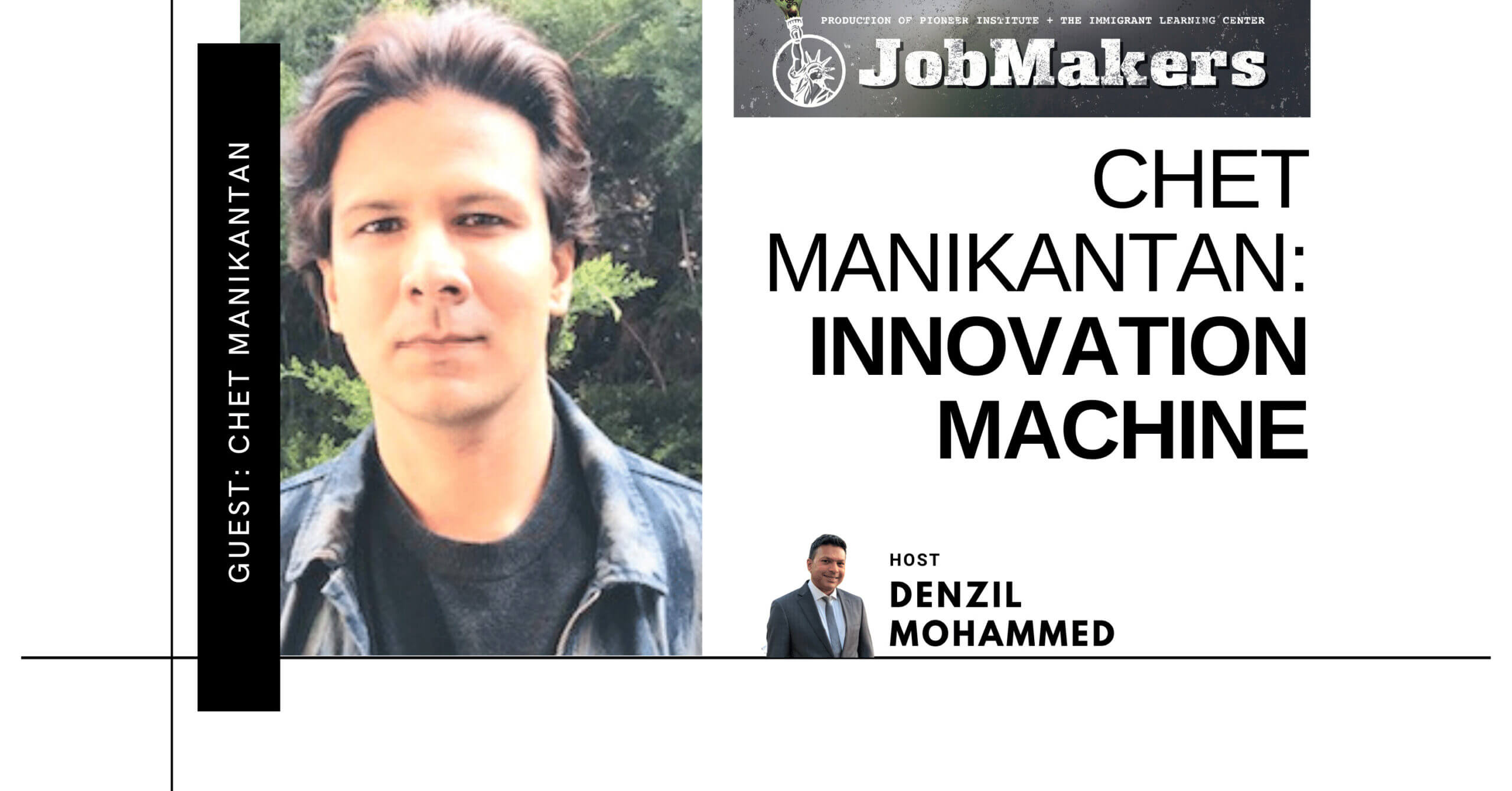 This week on JobMakers, host Denzil Mohammed talks with Chet Manikantan, immigrant from India and founder of Aegis Studios, which builds crypto games. Chet was founder of a string of companies and a partner at two venture firms, but he was almost denied the opportunity to innovate and create jobs in the U.S. by our outdated immigration system, if not for a chance encounter that led to a workaround for select foreign-born entrepreneurs. And he’s keenly aware and grateful that this country gave him what he needed to succeed, as you’ll learn in this week’s JobMakers podcast.

Chetan (Chet) Manikantan is a software engineer, and a serial entrepreneur. Chet currently serves as Venture Partner at Companyon Ventures, Product Owner at OMPay and as mentor, judge and advisor to several companies, independent and university accelerators. He most recently co-founded a Fintech venture, Tengu which was acquired in 2018 by another Fintech company, FutureFuel based in Boston. He also served as the Global Entrepreneur in Residence at UMass, Boston. Chetan obtained his electronics engineering degree from BIT Bangalore, where he served as the President of the student body. Post graduation, he worked at Microsoft in various software development and business development roles. After his time at Microsoft, Chetan co-founded several successful start-ups. In these roles, he has been responsible for technological innovation as well as high-growth sales. Chetan has regularly contributed to mainstream news media, appearing in The Times of India’s expert column, and as a guest speaker at various radio talk shows both in India and in the USA.