Here’s a photo from a hundred something years back–it was originally taken in color and digitally cleaned by a man whose results you can find on Twitter and Instagram. He does many such things and you might find them charming: 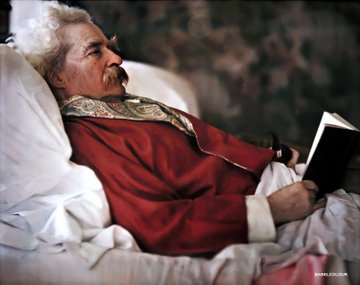 I’m trying to create a good list of funny family movies without nudity or sex. I’d like to have a recommendation for the families of the students that I teach. A lot of kids are feeling down due to the COVID situation, so I want some suggestions for raising their spirits. I’d like it to […]

Hate to burn two hours on a movie? Are you scarred from scenes you’d rather have missed? Here is a list of common movie review words and phrases–and what they tell you about what is actually in the film.

“Sweeping” Uneven and confusing timeline. May shift back and forth between eras.

By now anyone who’s followed film and entertainment news is aware that the film’s title, Tenet, as well as its intended release date, 7.17, are palindromes and recognition of such the most substantial hint at its ambition. A less obvious, but equally important observation is that one can’t appreciate a palindrome until it’s been read […]

I love Cobra Kai. I love everything about it. And apparently like most of the world I only became a fan a few moments ago. Paying for YouTube seems ridiculous right? Well maybe I should have been paying for YouTube because Cobra Kai has probably knocked Stranger Things out of my Top Five favorite tv […]

Warning: Spoilers! !resliopS :gninraW I don’t mean this as a proper review of Tenet, Christopher Nolan’s time-bending action epic currently in theaters. On most elements of the film I have little to add to what seems to be the critical consensus. It’s a superbly cast, well acted visual triumph that desperately needs subtitles. As for […]

This is a new series, which showcases some amazing young talents. I offer it as a respite from the crazies. Interesting to me, it was recorded in a mansion about 15 miles from my home, which I never knew existed before. I hope you enjoy. Read More View Post

One of the perks of retirement in this age of Corona virus lockdown, which is a kind of retirement, is my movie consumption through TCM, streaming and DVDs. I had a chance to watch two of director Penelope Spheeris’ documentaries, “The Decline of Western Civilization I (1979-1980) & II (1986-1988).” They both offer a snapshot […]

Critical interpretation of text is a discipline as old as text itself. One thing the internet is not, above all else, is disciplined. Place any topic of popular culture in your favored search engine to discover a seemingly endless stream of fan sites and subreddits dedicated to exploration of supposed larger worlds of fictional origin. […]

If the USA and the USSR let loose with the ICBMs, what would the world look like after? While I’ve read plenty of post apocalyptic literature, the game ATOM RPG constitutes the first serious study of what life might be like in the burned remnants of the old Soviet Union. (And if you were hoping […]

Join Jim and Greg as they focus on the mayhem continuing in the streets of American cities. They’re very bullish on the idea of Indiana Rep. Jim Banks to end unemployment benefits for anyone convicted of committing a federal offense at a protest. They also scratch their heads as Joe Biden and other Democrats condemn President Trump for wanting to use federal power to stop the rioting while also trying to blame Trump for the destruction in the first place. And they examine the pathetic case of Portland Mayor Ted Wheeler, who grovels to the radicals more and more as they treat him worse and worse.

I think that I’ve seen this Wokeist thing coming for a long time. There was a preview in the political correctness nonsense of the late 1980s and early 1990s, but it seemed to recede. The schools seemed to be getting worse, and this was obvious enough to me and my wife that by the year […] Chadwick Boseman passed Friday following a four-year struggle with cancer, according to the New York Post. The Black Panther film filled theaters here like none other, as mostly black audiences cheered and laughed and clapped and, at the end, gave it a standing ovation. A week after the opening. It was the biggest crowd reaction I’ve experienced.

He also played Jackie Robinson in 42 and Justice Thurgood Marshall in Marshall. Marshall is very good.

Today is the Feast of the Martyrdom of Saint John the Baptist, and so today we will look at how John was portrayed in three movies of some renown. To introduce our subject, I provide the summary from the Gospel of Mark, chapter 6, all quotes from the ESV translation: 14 King Herod heard of […]

Join Jim and Greg for your Friday martinis! After another week of violence in the streets, Democrats are finally starting to pay attention to the issue after failing to mention it at all at their convention. Would stronger statements from Biden be credible and would they get the chaos to stop? They also discuss President Trump’s convention speech and why the length and delivery made it less effective. And while certainly not gamers, they get a kick out of the chance to conduct a clandestine operation on orders from President Reagan – which is part of the latest “Call of Duty.”

Aside from Shark Tank, I don’t watch reality TV. However, I would occasionally join my mother and sister to watch people live their lives on our TV. But it wasn’t until my husband and I spontaneously watched an episode of The Great British Bake Off when I realized that each contestant had been boiled down […]

He was floating in space, which wasn’t where he expected to wake up after falling gently forward onto the grass by the last hole. But then as someone once told him, you couldn’t always expect time travel to be simple – that was how he’d gotten here in the first place and, from the look of things, that was how he was leaving, too.

Dogma Lives Loudly in Me, Too, Dammit
39 Likes· GrannyDude