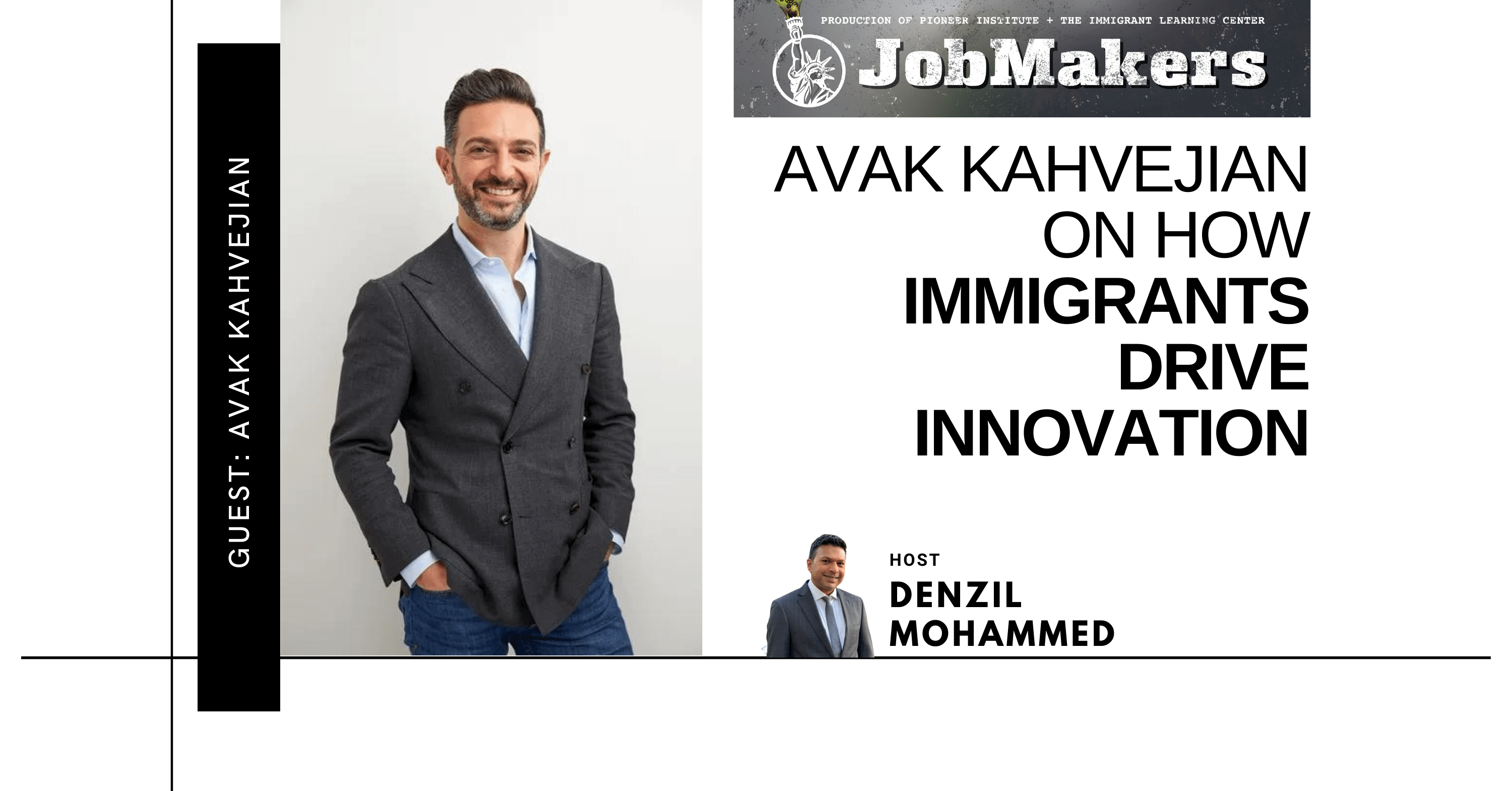 This week on JobMakers, host Denzil Mohammed talks with Dr. Avak Kahvejian, an inventor, entrepreneur and CEO as well as general partner at Flagship Pioneering, a life sciences venture capital company in Cambridge, Massachusetts. For generations, his family was forced to flee from genocide in what was then Armenia (now eastern Turkey), to Syria, Lebanon, and then to Montreal, Canada, via the U.K., and finally, by choice, to Boston.   His risk-taking, persistence, and ambition drove him to a place where people from all over the world come to innovate, ideate, and create: the United States. America has always attracted this kind of person, and that’s what has made it into the powerhouse it is today. As Avak cautions, if that well were to run dry, the result would be disastrous for all of us, as you’ll learn in this week’s JobMakers.

Avak Kahvejian, Ph.D. is a life sciences inventor, entrepreneur, and CEO. Since 2011, he has been a partner at Flagship Pioneering, where he leads a team to invent and launch new therapeutic platforms. His work has led to the creation of multiple high-value public and private companies including Seres Therapeutics; Rubius Therapeutics; Codiak BioSciences; Cygnal Therapeutics; Ring Therapeutice; Cellarity; Laronde; and Generate Biomedicines. Prior to Flagship, Avak was Vice President of Business Development at Helicos BioSciences, where he developed and commercialized the world’s first single molecule DNA sequencer. He serves on the board of the International Institute of New England, an institution which creates opportunities for refugees and immigrants to succeed through resettlement, education, career advancement and pathways to citizenship. From 2014 to 2020, he served on the board of the Canadian Entrepreneurs of New England, an organization dedicated to assisting Canadian entrepreneurs build ties with the Boston life sciences and technology ecosystems. Avak earned his Ph.D. and B.Sc. in Biochemistry from McGill University in Montreal, Canada.