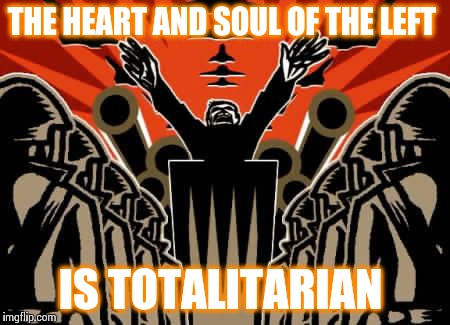 Obamacare was a true abomination. No real debate. No real opportunity for citizens to have a say. It was crammed down our throats.

Because one of the most powerful powers of totalitarians is to deny people proper healthcare.

Left-wing activists used to warn against Big Pharma. Oh, for the good ol’ days. Now the mainstream medical establishment, despite some wonderful innovations and life-saving procedures, doubles down on prescribing drugs for everything. 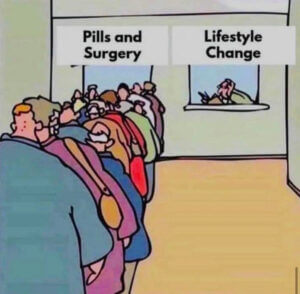 I had the good fortune of having one doctor at the Palo Alto Medical Foundation tell me the truth. When I asked him, at least 25 years my junior, what the root cause was of a certain ailment he had diagnosed, he replied, “I don’t do root causes. I prescribe pills.”

There’s lots of money in drugs and vaccines and all the new stuff with weird names that pop up on all those short ads on YouTube with a playful active family and the suggestion to “Ask your doctor about Arbitraer.”

Once you control health, you control life and death, and justify delays in providing services. And if you can find an excuse to get rid of the independent minds of nurses and doctors in hospitals (No vaccine? No job.), you can replace care with administrators who only know how to toe the line.

If you are my age, you will remember getting a handful of vaccines as a kid. Today? Kids get 10x as many. You know, because it’s great profits for docs and pharma, er, no, wait, it’s because if ONE child dies out of 10,000, it’s better that all get vaccinated and all costs are obscured by health insurance.

Because without health insurance, there is actual disclosure of actual costs that leads to accountability and we cannot have accountability to threaten profits.

If you refuse to seek out the interviews of those banned on YouTube and other platforms, those whose biographies are “updated” in Wikipedia to remove their authority, then you are subject to partial truths that support lies.

At the very minimum, listen closely to those opposing your views and weigh what they are saying.

Here are some more voices that are worth your time:

Ricochet member Susan Quinn: “CDC Health Emergency Extension Could Be the Least of Our Problems”

And you may have missed this little post from Ricochet member iWe: “CDC_Approval: 75% of boys show heart inflammation.”

And Ricochet member Unsk: Major Pharmacies are now denying prescriptions written by Doctors to treat covid, but the FDA has given them the right to ‘prescribe’ Pfizer’s troubled Paxlovid over the counter.”

The Conservative Treehouse on more hidden truths about Covid. Many studies linked here.

Health authorities can no longer be trusted. There is simply too much money going around in the midst of reputation destruction. So those with a conscience have a choice: Go with the lies, or allow your life and livelihood to be destroyed.

Totalitarians are okay with that. 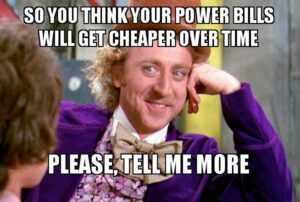 I apologize. At this point, I can’t help but get a bit snarky.

Sure, all those food processing plants being destroyed in the space of months is an accident.

Sure, all those calls for us to eat insects instead of meat and dairy is not a form of grooming us away from beef.

Sure, all the water being denied farmers in California for their crops (while providing plenty to almond growers for almond milk, which coincidentally replaces real milk) is an accident.

Sure, California passing laws in the past couple of years affecting truckers and resulting in container ships sitting off the coast of California unloaded is an accident.

Sure, truckers being denied permission to drive and denied essential services is an accident (search “truckers denied”).

Sure, taking the U.S. from oil independence to oil dependence so we can blame the Ukraine war and Russia instead of a plan to gain control over people is an accident.

Sure, moving people off fossil fuels, which allow independent energy choices, to electric cars, electricity controlled by the state which already is being used to tell people not to charge their cars is an accident.

Weird how all these “accidents” align with totalitarian goals. But that is an accident.

Totalitarians like Stalin and Mao love creating famines by disrupting food and energy supplies. Check the history. The basics of living must be controlled to control people.

And if you don’t think a famine is in store for this country, if you continue to believe that all this is happening due to ignorance and mere ideological bullheadedness, you are not paying attention.

It’s not a global conspiracy because they are not trying to hide what they are doing. Yes, useful idiots are ignorant and bullheadedly ideological. But they are tools of the consciously manipulative and ideologically-driven addicts to power.

CORRUPT FOOD AND ENERGY SUPPLIES
STATUS AS OF 2022: GOAL ACHIEVED