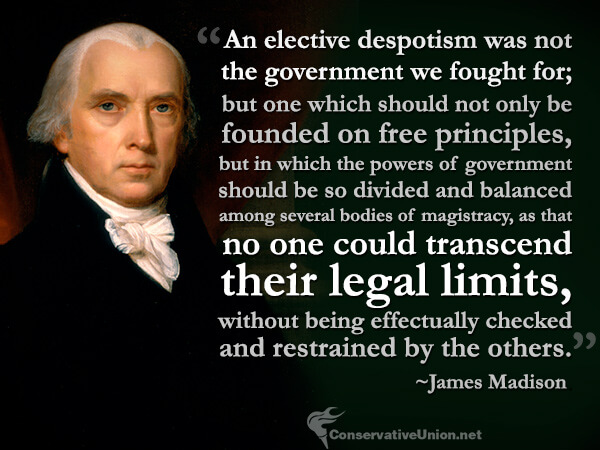 Step #8: Corrupt the Federal Separation of Powers and Elections

Pharaohs, Kings/Queens, Dictators, Oligarchs: What they have in common is the concentration of power in one individual or a small group, the power to legislate, judge, and execute the law residing in those individuals only.

So, for individual liberty to have a chance, the legislative, judicial, and executive powers must be separated in such a way that they slow way down the exercise of power.

Only Congress can create laws, only the President can execute those laws. Only the Supreme Court can rule if those laws and the President’s actions align with the Constitution.

Which is the whole point of separation of powers.

But there is no rest for the wicked.

If you want a little overview with what can happen with the collapsing of Separation of Powers, here’s one aspect, the development of Show Trials. 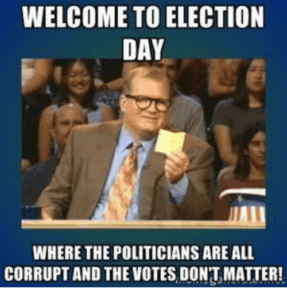 Now regarding elections: If you have not followed Ricochet member Saint Augustine’s exhaustive 20-month review of the data and testimony regarding the 2020 election, and you still believe that Joe Biden won, then you owe it to yourself to do the review. Here’s his latest update through which you can get into the larger reviews.

But the 2020 election itself should not have been the tipping point for anyone. Those paying attention have long recognized how easy it is to corrupt elections when:

* Voter ID is not required

* Ballots can be harvested and delivered by partisan individuals

* Votes can be completed electronically

All of these are sadly being institutionalized with little or no pushback from the GOP, except in a couple of states. But so far, not enough to guarantee that the 2022 election will be trustworthy. And a lack of trust in elections, as you know, opens more ugly doors.

CORRUPT THE FEDERAL SEPARATION OF POWERS AND ELECTIONS–
STATUS AS OF 2022: GOAL MOSTLY ACHIEVED
(SCOTUS MAY EASILY FOLLOW SUIT) 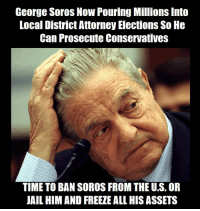 Once you corrupt laws, you have to corrupt law enforcement. Here is a Ricochet podcast that gets into some particulars: Shifts in Policing and the Uvalde Disaster.

The January 6 “insurrection,” you know, the insurrectionists who somehow forgot to bring their guns, and who were invited into the Capitol building. The insurrection that allowed Capitol police to kill an unarmed veteran without even a serious public investigation, an insurrection that has kept people, people who merely attended that particular rally, in jail without due process for more than a year. An insurrection that was caught on camera from every angle and yet 99% of that footage has not been released, and shame on you for asking…

An insurrection that had instigators, including FBI agents, and that shows way too many signs of being a set-up…

Does the lack of accountability for all the obvious and reported corruption in Federal agencies and law enforcement not wake you up to what’s going on?

But it is not just Federal. It is Local.

The Soros-funded prosecutors in many Democratic cities who allow criminals to go free are legion. Examples?

Here’s a list of prosecutors backed by Soros as of last January. A couple have been removed by citizens, thank goodness.

The totalitarian goal is to undermine confidence in laws and law enforcement, so that eventually citizens will embrace the totalitarian crackdown that is coming.

@ammodotcom has covered this well here.

The Rule of Law and Equality Before the Law are being corrupted. (See the Show trials link above). The lack of prosecutions by the Justice Department of Hunter Biden and the Epstein Island pedophiles and sex traffickers reveals the depth of federal law enforcement corruption.

I know, I know, Ghislaine Maxwell is in jail. Don’t make me pull out THOSE memes.

By the way, why has Homeland Security acquired more than a billion rounds of ammo? Here’s a recent contract announcement.

And why are other non-law-enforcement agencies arming themselves and buying up ammo supplies?