Update: At 5:30pm BST (12:30 EDT) this evening, PayPal notified Toby that it has restored all three of the accounts it cancelled a couple of weeks ago – the accounts for the Daily Sceptic, the Free Speech Union and his personal account. In all three cases, the email read as follows:

We have continued to review the information provided in connection with your account and we take seriously the input from our customers and stakeholders. Based on these ongoing reviews, we have made the decision to reinstate your account. You should now be able to use your account in the normal way. We sincerely appreciate your business and offer our apologies for any inconvenience this disruption in service may have caused.

On the day we laid our late Sovereign, Her Majesty Queen Elizabeth II, to her eternal rest, we reflect on the last ten days of mourning. And so we have entered the Era of Charles III and with it, cricket riots in Leicester.

The rest of the world churns on and we discuss Ron DeSantis’s transport of migrants to Martha’s Vineyard, Toby’s dinner with Jordan Peterson, the trans teacher at a Canadian high school with huge prosthetic breasts and Graham Norton’s claim that BBC audiences don’t want to hear from right-wing people.

Of course the lead story this week is the death of Her Majesty the Queen. James is showing a bit of a republican streak at the beginning of the reign of Charles III and he’s not the only one. Toby and the Free Speech Union are defending quite a few as tolerance of opposing views slowly fades away across the land.

Looking elsewhere they celebrate the election of Pierre Poilievre as leader of the Conservative Party of Canada and, speaking of things fading, hope that Toby will be on Boris’s resignation honours list seems to on the downside as well.

A London Calling Tuesday can only mean one thing – Toby got a last-minute grouse shooting invitation – for Monday.

As the Johnson Premiership comes to a close this week (The final results of the race between Liz Truss and Rishi Sunak are to be announced next Monday), we discuss the possibility that Tobes could end up in the House of Lords, which leads to a discussion of James’ new book about “God and Stuff.”

This week James and Toby talk about Anthony Fauci’s retirement – is he stepping down to maximise his chances of winning a Nobel Prize? – the fact that neither of them have received any invitations to go grouse shooting this year, the role of the vaccines in the rise in excess deaths, Finland’s dancing Prime Minister, Michael Gove’s departure from frontline British politics (which Toby rather regrets), and, in Culture Corner, Brilliantly Difficult, the documentary about their favourite cartoonist Bob Moran, 13 Lives, which isn’t as good as the documentary on the same subject, and Dombey and Son. 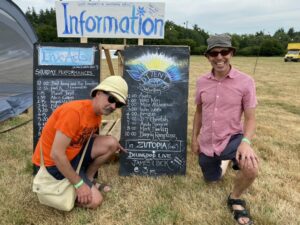 Toby is all shook up as he wraps up the family holiday in Iceland, where unusual seismic activity in the past few days may mean a volcano is about to erupt. Meanwhile, back home on his own island, James and Dick Delingpole go to a hippy festival over the weekend.

This week Toby and James talk about Toby’s family holiday in Iceland, where he’s enjoying the spectacular scenery and geological wonders but is freaking out about how eye-wateringly expensive everything is.

In addition, they discuss the shortcomings of the recent BBC documentary ‘Unvaccinated’, whether or not the moon landings actually happened, whether dinosaurs are a hoax, the fact that the World Health Organisation is the favourite to win this year’s Nobel Peace Prize, who they would give it to instead, and the Conservative leadership election – which James is predictably uninterested in.

In this week’s episode, James and Toby discuss whether the current heatwave is evidence of global warming, whether the Conservative Party leadership election is “rigged” by the World Economic Forum and who is likely to win.

Other topics tackled include the looming winter food shortages, the suspension of the Online Harms Bill and the motives of the global liberal elite who want to censor the Internet.

It’s Independence Day in America, or as the British call it, “Monday.” And that means another edition of London Calling.

In this week, James tells Toby about his trip to Devon to see his granddaughter, why he thinks  terrorist attacks by radical Islamists are often false flag operations organised by the deep state, his admiration for the farmers and fishermen protesting in the Netherlands and the British Grand Prix almost takes on a Death Race 2000 vibe.

In this week’s London Calling, Toby and James discuss whether Boris will survive a vote of no confidence, wonder if it would make any difference if he was replaced by another Conservative leader, marvel at the Government’s theft of Jeremy Corbyn’s policies, and pie-in-the-face climate debate with the Mona Lisa.

In Culture Corner, they give their verdicts on Stranger Things Season 4 and Ricky Gervais’s SuperNature. (Both on Netflix.)

In this week’s episode of London Calling, James and Toby try their best to avoid arguing and stick to topics they agree on, including the inevitability of widespread social unrest in the near future, and their complete indifference to Davos (although James does highlight Michael Senger’s Substack on the Monkeypox and where that falls in the scheme of things.)

Then it’s on to the heroism of suspended HSBC analyst Stuart Kirk.