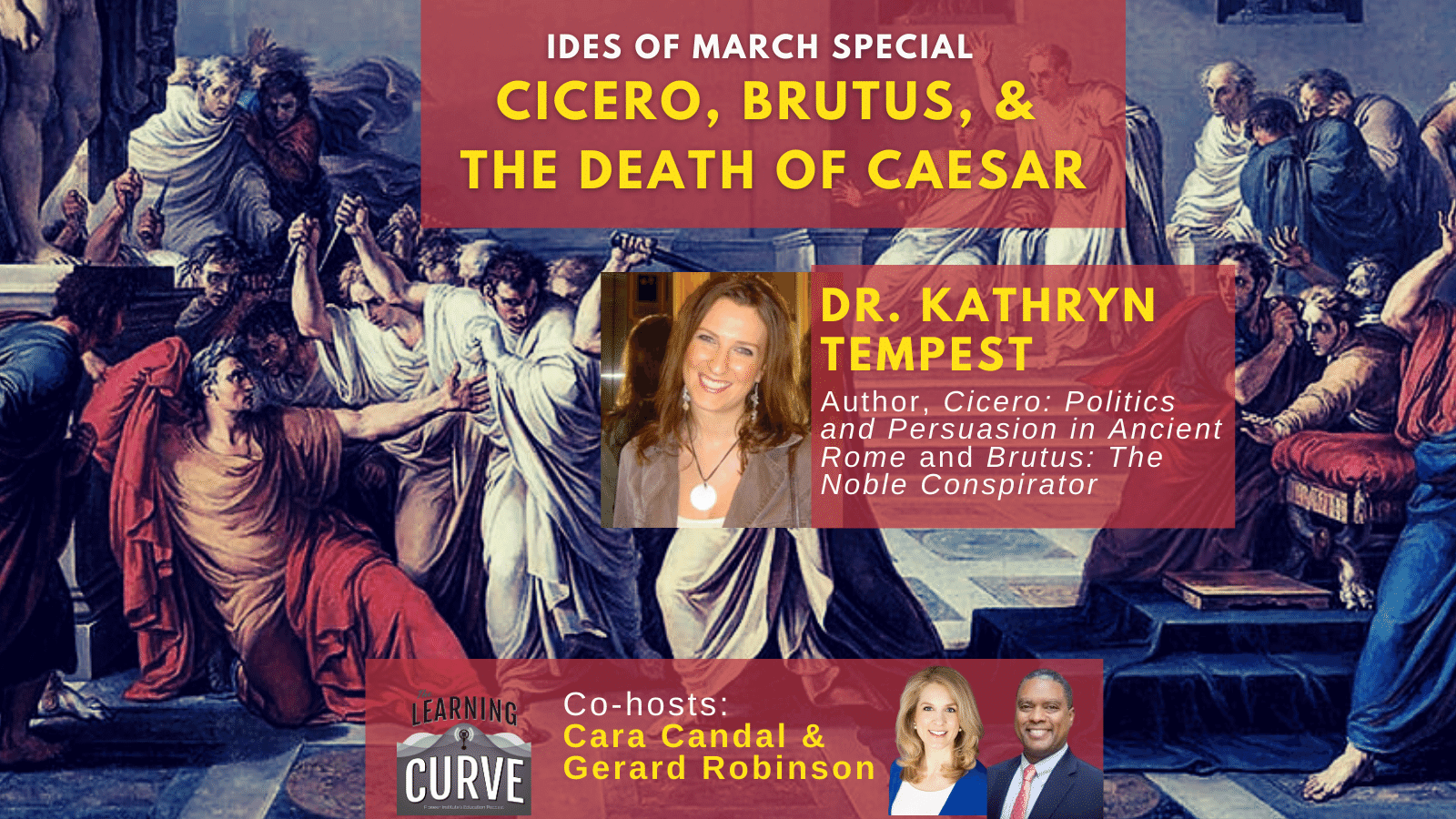 Stories of the Week: The latest COVID stimulus package comes with strings attached that could limit states’ ability to start or expand tax credit scholarship programs that help students attend private schools. A new report finds that nearly 40 percent of K-12 education employees have considered changing jobs out of fear of COVID exposure.

Dr. Kathryn Tempest is a Reader in Classics and Ancient History at the University of Roehampton in London, UK. She specializes in the literature, history, and political life of the late Roman republic. She is the author of two books: Cicero: Politics and Persuasion in Ancient Rome (Continuum 2011; reprint Bloomsbury 2013) and Brutus: The Noble Conspirator (Yale University Press, 2017), which won the Outstanding Academic Title for 2018 award sponsored by Choice.

The next episode will air on Wednesday, March 24th, 2021 at 12 pm ET with guest, Dr. Eric Hanushek, the Paul and Jean Hanna Senior Fellow at Stanford University’s Hoover Institution.