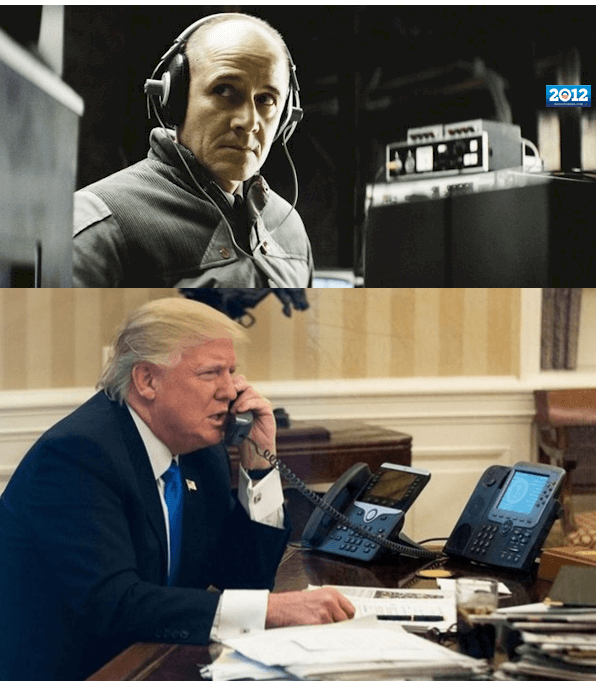 But does any of this matter? Is it only smoke and mirrors on both sides? Is it only spite? And even if it is only spite, don’t we conservatives get to indulge in a little spite toward, oh, Loretta Lynch, and Valerie Jarrett, and Koskinen and Hillary and our other favorite Obama villains now that we’ve won?

Next, we will discuss Muslim ban v_2.0. What to make of the new prohibition against travel to the U.S. from seven six predominantly Muslim countries? There are positive, practical mods, such as taking Iraq (alas poor Iraq) off the list and putting a ten day phase-in period into the E.O. The Administration argues incessantly that it *is not* a Muslim ban. But do we really want to back off that initial gambit? Why not actually tell Muslims that there’s, you know, some difficulties we have in the way you guys are approaching this thing we call civilization – even before we get to the Allahu Akbar Boom stuff?

We will have, as usual, our shower thoughts. And our hidden gem for the week is composed by Rolf Løland and performed by Elisabeth Andreassen and Alexander Rybak, entitled Danse mot vår (Dance Toward Spring). You can find (almost) all of our hidden gems going back over two years here.

Please hit the tip jar! And please give us 5 stars on iTunes! Don’t know how? It’s easy: directions here.

This edition of the Harvard Lunch Club Political Podcast is brought to you by Casper Mattresses:

Can you honestly justify buying a mattress in a store when you’ve got about fifteen seconds to see how it feels? You spend a third of your life on that thing! With Casper, you can try it for 100 days before you decide. And honestly, it’ll take you just one night of superior sleep to make up your mind. Get a special discount by going to Casper.com/Harvard today!