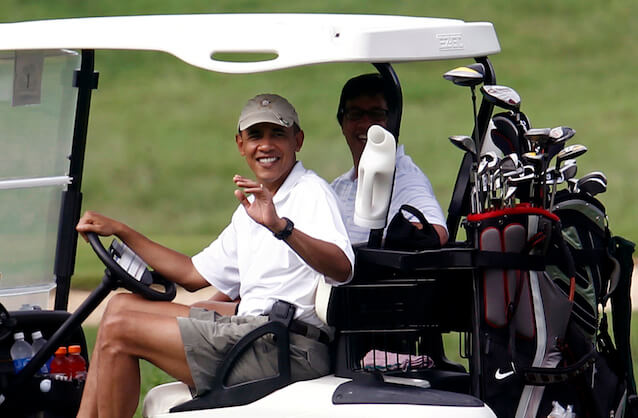 In short, St. Thomas Aquinas held that a just war would meet three conditions: First, such a war would be waged only under the authority of a legally instituted entity, i.e., a sovereign or state. Second, the cause itself must be just, “…namely that those who are attacked should be attacked because they deserve it on account of some fault.” Third, Aquinas holds that those who wage a just war will have a, “rightful intention, so that they intend the advancement of good, or the avoidance of evil.”

But come at it from the opposite direction. If a given evil fast becomes impossible for a nation or a community of nations to avoid absent forceful action and the advancement of good; if those committing this evil deserve to be attacked by virtue of their deeds and intentions; is it, “just” to decline to wage such a war? Indeed, is decisive action an obligation in the cause of a just peace? Such a question was easy to answer on December 8, 1941, or on September 12, 2001, but for some reason the eloquent philosopher-king who now resides in the White House has stubbed his intellectual toe on the simple threshold of a cogent vocabulary.

In a trenchant post on the Member side of the house, Ricochet member Manny brilliantly contrasted the reaction of Pope Francis to that of President Obama on the simultaneous beheading of 21 Christians by the Islamic State. Responding to the knife-wielding spokes-savage on the beach whose barbaric video was titled, “A Message Signed With Blood To The Nation Of The Cross,” Pope Francis said:

They were killed simply for the fact that they were Christians. …The blood of our Christian brothers and sisters is a testimony which cries out to be heard. It makes no difference whether they be Catholics, Orthodox, Copts or Protestants. They are Christians! Their blood is one and the same. Their blood confesses Christ.

Faced with the merciless slaughter of Christians, President Obama served up a plate of minced formality:

The United States condemns the despicable and cowardly murder of twenty-one Egyptian citizens in Libya by ISIL-affiliated terrorists. We offer our condolences to the families of the victims and our support to the Egyptian government and people as they grieve for their fellow citizens.

Then, the President, unable to coerce the word “Christian” from his tongue lest it frame the truth, collected his outrage neatly and went straightway to a golf course. For the Islamic State isn’t Islamic, he tells us, even as his State Department Spokes-Valley Girl lectured on Monday that, “We cannot win this war by killing them, we cannot kill our way out of this war.”

Well, retreat didn’t work out so well either, so what’s to stand in the way of these 7th Century throwbacks’ determination to slaughter their way to paradise? Outreach from NASA? Should John Kerry and James Taylor further explore the boundaries of platitudinous ineptitude with their latest reprisal of Dumb and Dumber? To what examples can these people point where bloodthirsty killers have been defeated by half-assed measures and weak-kneed statements specifying what we won’t do and when we will depart the field of battle? Was Hitler defeated by the Peace Corps? Exasperated, we reach the unfortunate conclusion that ISIS will never merit the full vengeance and attention of President Obama unless it changes its name to Ted Cruz. Or Benjamin Netanyahu. Meanwhile, in the Iraqi town of al-Baghdadi, 45 people have been burned to death by the ostensibly non-Islamic Islamic State, while here in America, two men at a bus stop in Detroit were stabbed just today for the crime of not being Muslim and a church in Florida was set ablaze yesterday with the words “Allahu Akbar” spray-painted on the facility.

“I carry my chains for Christ, which are to me spiritual pearls, more prized than all the treasures of the world,” wrote St. Ignatius of Antioch while bound and chained in preparation for his eventual death in Rome in the year 107. As the lions attacked, he was heard to invoke the name of Jesus. Of the 21 Christians who were recently slaughtered, Pope Francis said, “Their only words were, ‘Jesus help me!'” These are serious times that demand more of a leader than perfunctory bromides for the deceased and retroactive rebukes to Christians for the Crusades, followed by more golf and fundraising.

“The highest manifestation of life consists in this; that a being governs its own actions,” wrote St. Thomas Aquinas. “A thing which is always subject to the direction of another is somewhat of a dead thing,” he added. America under Barrack Obama has ceded both power and sovereignty to those who wish her ill. As our allies grow detached and our enemies grow stronger while our erstwhile Commander-in-Chief parties, the words of Belloc again ring ominously:

We sit by and watch the barbarian. We tolerate him in the long stretches of peace, we are not afraid. We are tickled by his irreverence; his comic inversion of our old certitudes and our fixed creeds refreshes us; we laugh. But as we laugh we are watched by large and awful faces from beyond, and on these faces there are no smiles.