With Christmas approaching, in this episode we reflect on Christian persecution in the Middle East, the historic cradle of Christianity and the birthplace of Jesus, and the very different challenges Christians face in the East versus the West.

Annika sits down with Father Benedict Kiely, a Catholic priest who has devoted his ministry to serving Christian communities in Lebanon, Syria, and Iraq.

“These things were not done in a corner.” All of Christianity rests on real, space-time events. Historical documentation shows the Christian message to be reliable, verifiable. CLICK: https://bit.ly/3zz3amu [Three, 3-minute vids w/ pdf] As I have told students for years, “If you question a document’s historicity, you begin to question its authenticity, and ultimately, its […]

If you’re aware of Bill Johnson and Bethel church in Redding CA, you’ll know that they’ve been leading the American charge regarding revival, supernatural prayer, and miraculous healing for several years now. Bill Johnson and his wife Beni Johnson have authored several books, and Beni Johnson especially has numerous testimonies of walking in the miraculous.  […]

St Ignatius of Loyola, Father General of the Jesuit order, prepared a guide to help Christians distinguish the voice of God in their hearts and minds from other voices during prayer. Those others are one’s own voice (reason and imagination), the voice of the world (learned expectations and concerns), and the demonic voices which seek to confuse, isolate, embitter, and discourage. St Ignatius insightfully recognized that evil spirits attack a person differently in moments of weakness than in moments of strength. A summary of his rules can be found here.

To that timeless advice, allow me to add a few further thoughts.

Many Catholics recall particular sets of “mysteries” for each day of the week while praying with the rosary. On Tuesdays and Fridays, we remember the Sorrowful Mysteries: Christ’s agonized prayers in the garden of Gethsemane, the scourging, the crown of thorns, carrying of the cross to His place of death, and finally His lonely crucifixion.

We recall the pains Jesus accepted to pay the price of justice for our sins. Per Isaiah:

I’m just beginning a re-read of the book of John in my daily time with the Lord. I read the first chapter on Monday and parts of it really struck me, almost like I hadn’t read it before. I thought I’d take the opportunity to share my thoughts on a few sections! First:

This was John’s [the Baptist] testimony when the Jews from Jerusalem sent priests and Levites to ask him, “Who are you?”

Christian dogma offers few specifcs about the nature of Heaven. As said in Isaiah and echoed in Paul’s letter to Corinth, eye has not seen and ear has not heard the wonders of paradise. What is certain is that Heaven is the perfected union of God and humanity. Faith is made unnecessary by union of direct […] 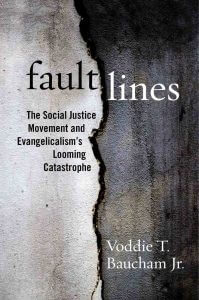 Do you know the day you were baptized? I don’t know mine. There’s a record somewhere, neglected.

One of the great joys of Christianity and the communion of saints, though often overlooked, is the knowledge that in Heaven we will meet not only our loved ones who accepted Christ’s mercy but also the disciples of God whose stories became testaments in the Holy Bible. How much nearer those stories become if we consider that the souls therein have become of our own community, brothers and sisters in Christ.

Every prophet and apostle, every father or mother in the holy line between Abraham and Mary, every person who Jesus miraculously cleansed of affliction or freed of demonic torment — they have become my eternal family. One day, be it an hour or a thousand years after my passage through death to the world of life, I will meet them face-to-face in the perfect joy and understanding of God’s unfiltered grace. They will become friends with whom I can share the Lord’s endless wonders.

The moment was forever
when tongues of fire were born.
We watched in aweful silence
descending of the storm.
A noise of Being speaking
without the fire we heard;
a thunder-shaking vision
without the Rabbi’s word.

The firestorm fell among us,
but peace would hold us still
as noise of fire was parted
by Heaven’s hidden will.
The flames were storm no longer,
with musical select;
a note within the mystery
for each of the elect.

–I don’t have to worry about being drafted and having to fight on the front lines alongside men. (Not until full equality is achieved, anyway.)

Happiness or emotional peace signals a harmony between the external and the internal. When what we witness or experience in circumstance conforms with who and how we are, then we are content.  The catch is that every one of us is imperfect. We are not exactly who we hope to be or who we think […]

The radicality of Christian morality is often underestimated. “Do no harm.” That’s not it. “Treat others as you wish to be treated.” Hardly.

“Love your neighbor as yourself.”

Today, we remember Christ as the Good Shepherd.