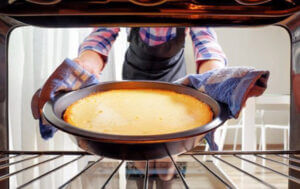 The cake is in the oven and is baking nicely. The cake will serve up a hearty GOP majority in the US House and possibly the US Senate when the election rolls around in almost seven months.

Lots can happen between now and then, of course. But Democrats have shown no proclivity, even interest, in doing anything to soften the coming blow, with weakness abroad, an open southern border, and raging inflation at home “baked in” to voters’ equation. Democrats seem content to lead with their chins. Maybe it’s a “long game” thing, where progressive Democrats think they can purge their non-woke brethren this fall and, while a minority in the 118th Congress, entice voters to pine for their socialist schemes as a harsh and angry GOP majority overplays their “authoritarian” hand.

Perhaps Democrats dream that AOC, who turns the constitutionally required 35 years of age on October 13, 2024, to qualify as President before the Fall election, will ascend from the hearts of Americans to the Capitol’s west front on January 20, 2025. Dr. Jill Biden will guide her doddering husband to their seats to facilitate the transfer of “the football” to the former Brooklyn bartender.

Imagine the day. Millions of Americans on the mall swoon in affection and admiration as she enthusiastically takes the stage in her white pantsuit on an unusually pleasant and cloudless winter day. The traditional 21-gun salute is replaced by the release of 195 doves – one for each country – as a loving gesture of peace to an unsettled world. A Boston University graduate with an Economics degree (cum laude!), gasps are heard as she thrusts her left hand skyward while placing her right hand on a copy of Das Kapital. As a gesture of solidarity with the Chinese people, a copy of the Quotations from Chairman Mao Tse-Tung is stacked on top of Karl Marx’s book. Eschewing “so help me God,” which is not included in the constitutionally-prescribed the presidential oath, she points to the fawning crowd and laughs nervously and uncontrollably as they breathlessly await the first words of her historic inaugural speech. . .

Back to reality. Whew.

Currently, RealClear Politics shows Republicans ahead by 3.6 points in the generic ballot tracker. If that holds up through Election Day, it will represent a 6.6 percent positive shift to Republicans from 2020 (Democrats won the national House vote by 3.1 points in 2020).

So, what would a 6.6 point shift to the right look like? At a very crude level, we could say that it would shift the 2020 vote margin in every CD, about 7 points more Republican. So, for example, a district that Biden carried 52 percent to 45 percent (+7) would become a jump ball (50-50) in 2022. Or, a better way to think of it is that any district that Biden carried by less than 7 points would be in danger of flipping to the GOP.

That would suggest that scores of Democratic seats are in play for 2022, but hold your horses. Walter further opines that “The good news for Democrats is that (at this point) there are only 21 districts where Biden’s margin was fewer than seven points. Even if we expand that universe to include districts Biden carried by 8-10 points, that universe of potentially vulnerable Democratic-held seats expands only slightly.”

Several Republicans in seats won by Biden in 2020 look fairly safe this Fall, including Nebraska’s Don Bacon and suburban Phoenix’s Dave Schweikert. But conversely, only 6 Democrats hold seats won by Trump in 2020. Thanks to redistricting both in 2021 and in previous years, there aren’t that many swing districts anymore. It seems that members of the House are more concerned about their primaries than their general elections.

Of course, the good news for the GOP is that they need only net a gain of 5 seats for Nancy Pelosi to surrender the Speaker’s gavel to GOP leader Kevin McCarthy. No serious political prognosticator is predicting that Democrats will retain their House majority.

Then there’s the 50-50 US Senate, where the GOP has more seats to defend than Democrats. Further, Democrats have opportunities to pick up GOP seats in the swing states of North Carolina (carried twice by Trump) and Pennsylvania. Other open seats or special elections in Alabama, Ohio, and Oklahoma are out of reach to Democrats unless Missouri Republicans nominate scandal-plagued former Governor Eric Greitens. But that looks increasingly unlikely to happen. No GOP incumbent is currently in danger of losing reelection.

Most of the GOP seats are relatively safe. Democratic seats, especially in Georgia, Nevada, Arizona, and maybe New Hampshire. Some suggest Colorado could be in play. But if the GOP holds all their seats, they only need to pick up one Democrat seat to make Mitch McConnell Majority Leader again. In this political environment, the math looks very good for that to happen. GOP polling looks terrific in Georgia and Nevada, for now.

Fast forward to the first Tuesday after the first Monday (likely January 3, 2023). Republicans hold a 16-seat majority in the House and a 53-47 majority in the US Senate, keeping all their seats and adding Herschel Walker (GA), Mark Brnovich (AZ), and Adam Laxalt (NV) to the US Senate. Kevin McCarthy is the new Speaker; Mitch McConnell is, again, Senate Majority Leader. Republicans chair every committee of Congress. The freshly re-elected Senate President Pro Tempore Chuck Grassley (R-IA) returns to chair the Judiciary Committee. Ohio’s Jim Jordan, the former two-time NCAA champion wrestler, chairs the House Judiciary Committee.

First, rank-and-file GOP expectations will be too high. Even if he delusionally fashions himself as a candidate for reelection, Biden will still hold a veto pen for up to two years, half of his four-year term. His Cabinet and key White House praetorian guard will still be in place, controlling the levers of foreign policy, national defense, and federal regulations.

Channeling Barack Obama, Biden will suddenly threaten to implement “his” agenda via pen and phone. His southern border policies will still be in place as millions more flood the border with help from Mexican drug cartels, “coyotes,” and pro-immigration activists like Pueblo Sin Fronteras, among others, in the US.

Republicans will use their new subpoena power to hold investigations and hearings. Recalcitrant administration officials will refuse to cooperate with Republicans and leak to friendly reporters at the Washington Post, New York Times, and friendly broadcast outlets to discredit and marginalize official GOP inquiries. They’ll dare Congress to vote to hold them in contempt, as they did to no effect with former Attorney General Eric Holder. Desperate Republicans will toy with impeachment proceedings over Joe Biden’s financial connections, despite stonewalling and gaslighting from the Department of Justice. Any impeachment attempts will be derided by the media and fail in the Senate, barring broad public support.

The House will pass bill after bill to follow through on their “commitment to America,” but most of those bills will die in the Senate at the hands of Democratic filibusters. Schumer will keep enough of his troops in line for “partisan” procedural votes.

Senate Republicans have an opportunity to stall Biden’s executive and judicial nominations. Still, Judiciary Committee senior member Lindsey Graham (R-SC) has only opposed two Biden-nominated judges over the past two years (to date). He’s cooperated with Democrats to help confirm more judges during Biden’s first year than were confirmed under Trump. Democrats just need to peel away three Republicans, coupled with their 48 seats, to confirm controversial nominees. Susan Collins (R-ME), Mitt Romney (R-UT), and possibly Lisa Murkowski (if she’s reelected from Alaska, far from certain) will be on the White House’s speed dial.

Sure, Congress will have control of the legislative process. But they must still overcome Senate filibusters and Joe Biden’s veto pen. They can pass their budget and maybe their reconciliation/tax bill, but the latter is subject to that pesky veto. They’ll have to deal with Senate Democrats and the White House. And Congress is likely to be blamed if the government shuts down because funding bills aren’t approved. Facts won’t matter – the mainstream media will take the White House’s side.

At least they can stop Biden and the Democrat’s legislative agenda, and that alone makes it worthwhile. While Congress has veto power over federal regulations – a veto that circumvents a Senate filibuster – but still requires the President’s signature. The votes won’t likely exist to override (it takes a two-thirds vote of both chambers). Democratic efforts to force an unconstitutional federal takeover of elections will fade away. But Republicans will have to elect a President in 2024 to undo the severe damage of weakness abroad and the ravages of inflation and supply chain disruptions at home, and much more.

Some conservatives are already demanding that congressional Republicans “ditch Mitch” McConnell and McCarthy for not being “strong enough” leaders to fight the White House. But that ignores the reality of the leadership positions they hold. The last time a House GOP leader got too far out front of his troops was Newt Gingrich in 1998. How did that work out? Both enjoy the confidence and support of their respective colleagues until they don’t. Circular firing squads rarely work well. Underestimate these leaders at your peril, especially leader McConnell. Without him, now-Attorney General Merrick Garland would be serving on the Supreme Court instead of Neil Gorsuch. Shudder.

Congress will likely go Republican in 2022, but conservatives and Republicans should temper their expectations over what can be accomplished. At least they’ll be able to stop many bad things from happening and, hopefully, bad people from being named to the federal bench or key regulatory positions.

Republicans can have their cake but can’t eat it, too. Manage your expectations.