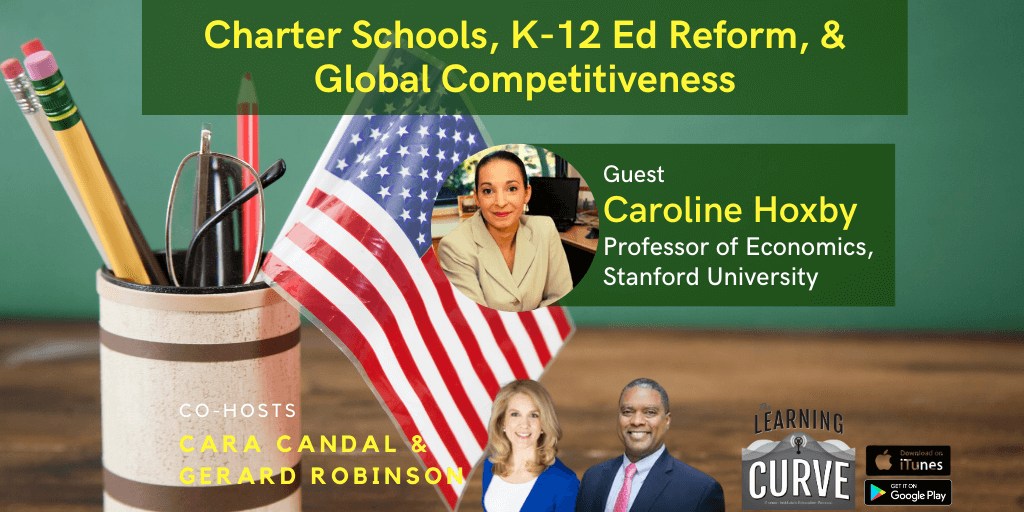 Caroline Hoxby is the Scott and Donya Bommer Professor of Economics at Stanford University, the director of the Economics of Education Program for the National Bureau of Economic Research, and a senior fellow at the Hoover Institution. She also served as a member of the Board of Directors of the National Board for Education Sciences. Hoxby’s research has received numerous awards, including a Carnegie Fellowship, a John M. Olin Fellowship, a National Tax Association Award, and a major grant from the National Institute of Child Health and Development. She has written extensively on educational choice and related issues. Hoxby is the editor of How the Financial Crisis and Great Recession Affected Higher Education (University of Chicago Press, 2015), The Economic Analysis of School Choice (University of Chicago Press, 2002), and College Choices (University of Chicago Press, 2004). She graduated summa cum laude and Phi Beta Kappa from Harvard University in 1988, where she won a Hoopes Prize. She earned her master’s degree in 1990 from the University of Oxford, which she attended on a Rhodes Scholarship, and her doctorate in 1994 from the Massachusetts Institute of Technology.

One sector is flourishing during the pandemic: K-12 private schools