In my last post, we caught up on the new movies I didn’t get around to reviewing. Now let’s wrap things up by touching on the various other media I watched, played, and listened to last year. 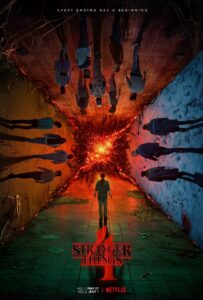 Stranger Things 4 Vol. 2
I reviewed the first part of Season 4, so I probably should’ve reviewed its conclusion released a month later. I wouldn’t have had much to add. These two episodes, each the length of a feature film, are slick and exciting, though character actions aren’t always believable nor their motivations thoroughly explored. The emotions it can’t create honestly, it counterfeits. All said, though, a fun ride and an improvement over Season 3. New character Eddie gets a scene playing Metallica to fight off demons. It’s not that cool, but it was fun seeing zoomer fans turn on the band after learning about their (mildly) offensive past. 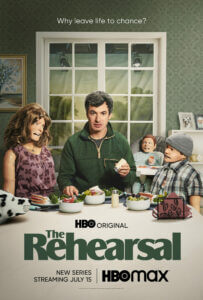 The Rehearsal
A gonzo social experiment in which regular people get to rehearse difficult life events with actors before trying them with their actual friends and family, Nathan Fielder’s latest mini-series is more ambitious but less funny than his previous show, Nathan for You. Again he uses the format of reality TV to pry open the inherent unreality of the medium, and expose media manipulation more generally. Not as dry, and more entertaining than I’ve made it sound. It doesn’t have as many classic segments as NFY, but some scenes will have you rolling. For all its postmodern deconstructing, the takeaway is that nothing can replace the real thing. 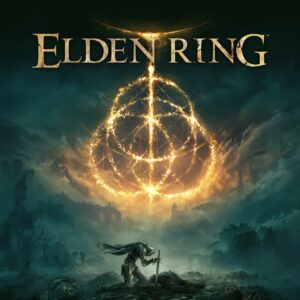 Elden Ring
Fromsoftware’s latest dark fantasy, action RPG, with story elements written by George R.R. Martin, sold more than any previous game in the company’s history, and won Game of the Year at the Game Awards. It is an atom bomb in terms of art direction, storytelling, and characters. After 100+ hours on multiple playthroughs, I came to terms that it is a massive disappointment. Paradoxically the features meant to make the game easier led to it being more difficult than any previous Souls title. Now players have the option of summoning spirits to help them in battle, and the game was balanced around them, poorly. Forego using them and the game is crushingly brutal; use them and it is trivially easy. The exception is the boss Malenia, a blood-boiling experience no matter what, one of the worst boss battles ever which inspired one of the worst articles ever.

The game is far too big, a problem endemic to open-world games. You endlessly find new areas to explore and they amount to less than nothing. After trekking through the same dungeons, fighting permutations of the same handful of bosses, and getting rewarded with useless trinkets, it turns from tedious to painful. The music was also a letdown, with only a single track leaving an impression. I only recently got into Fromsoft’s Souls series, and am worried it has already passed me by. I’ve beaten all previous games (aside from Sekiro) at least nine times each, but I’m not sure I’ll even finish my second playthrough of Elden Ring. 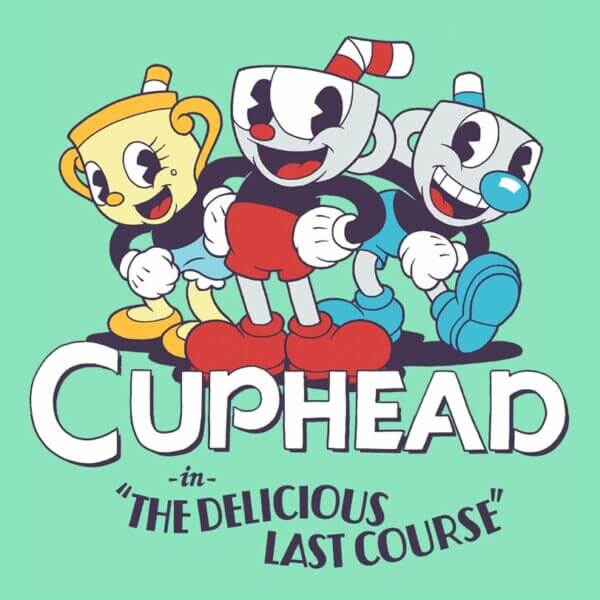 Cuphead: The Delicious Last Course DLC
I never got around to finishing the Cuphead DLC. What I played confirms StudioMDHR delivers more of what made the base game a phenomenon: hand-drawn animation that replicates the uncanny style of cartoons of the 20s and 30s, frantic boss battles requiring precise movement and stone nerves, and a jazzy soundtrack. These battles are as hard as the hardest from the base game. The new playable character, Ms. Chalice, might be great, but I struggled to adapt to a new play style. 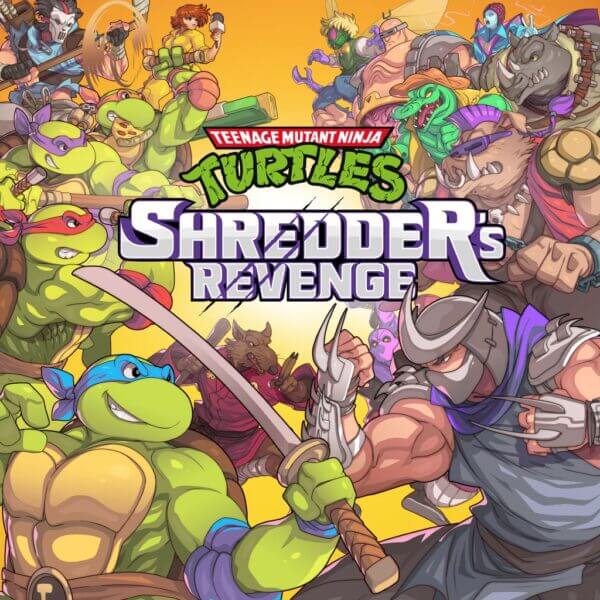 Teenage Mutant Ninja Turtles: Shredder’s Revenge
The Ninja Turtles have held no sway over my imagination since I was ten or so, but I do enjoy this sort of game. It recreates 90s arcadey beat ’em ups, from its pixel graphics to the brief gameplay. This is meant to be beaten in one sitting with a group of friends in the same room. No concessions are made to modern design, keeping it a mostly frill-less experience. 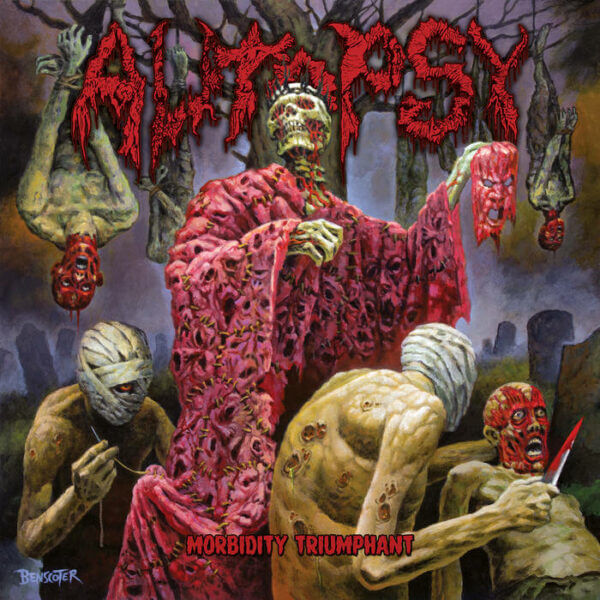 Autopsy – Morbidity Triumphant
In another disappointment, Autopsy sound ready to hang it up. Their 2017 EP Puncturing the Grotesque gave hope they had fuel left in the tank, but their newest full length sees them stranded on the side of the highway, consigned to dying in the desert. It has the hallmarks of an Autopsy record, the lurching riffs, the cave troll vocals, but none of the venom, none of the twisted brilliance. And to think, when they reformed in 2008 it was a triumph devoid of the cynicism or desperation that plagues most band reunions. 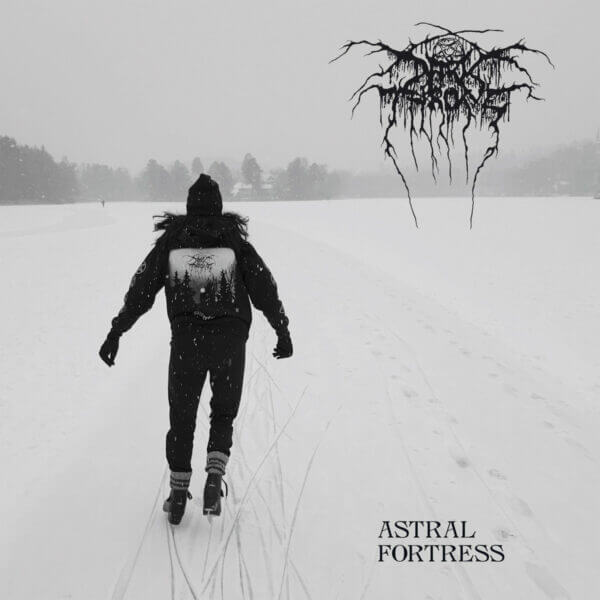 Darkthrone – Astral Fortress
Autopsy’s labelmates, Darkthrone, are a different tale. The cover of their latest, with an ice skater wearing a Panzerfaust hoodie, signals the duo’s continued resolve to not kowtow to the tastes of anyone other than Fenriz and Nocturno Culto. The album shows no progressive tendencies (politically or musically). The riffs are all 80s vintage, but the sound is distinctly Darkthrone. “Impeccable Caverns of Satan” crushes, a new classic. 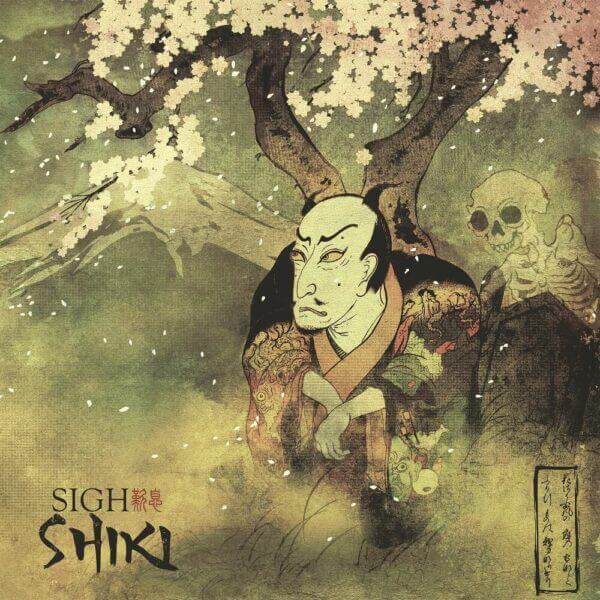 Sigh – Shiki
Another long-running black metal band, Japan’s Sigh, released a new LP. While far from typical, Shiki tones down the avant garde aspects of their past two decades of records. It is heavier, more metallic, less spastic. Feels nice to listen to a Sigh record and not feel like I’m doing so out of obligation. The ukiyo-e cover art recalls their debut, Scorn Defeat. 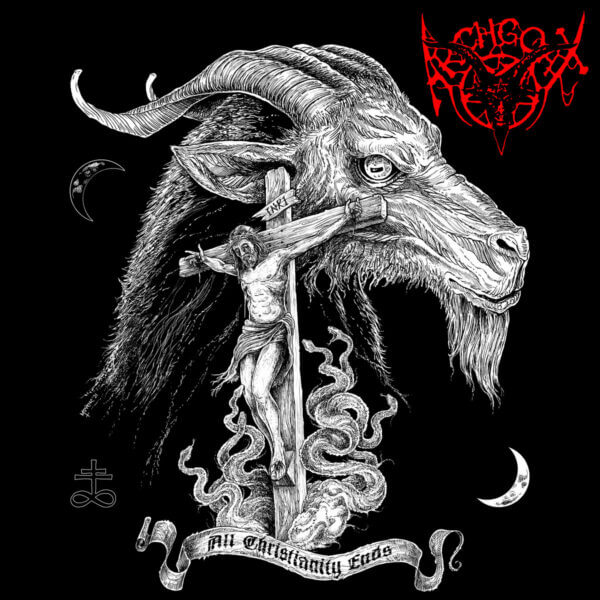 Archgoat – All Christianity Ends
You wouldn’t expect Finnish war metal vets Archgoat to change, would you? The same lo-fi ambiance, the same pounding riffs, the same burped vocals, the same regressive approach they always have. This EP is no Whore of Bethlehem but it will suffice. 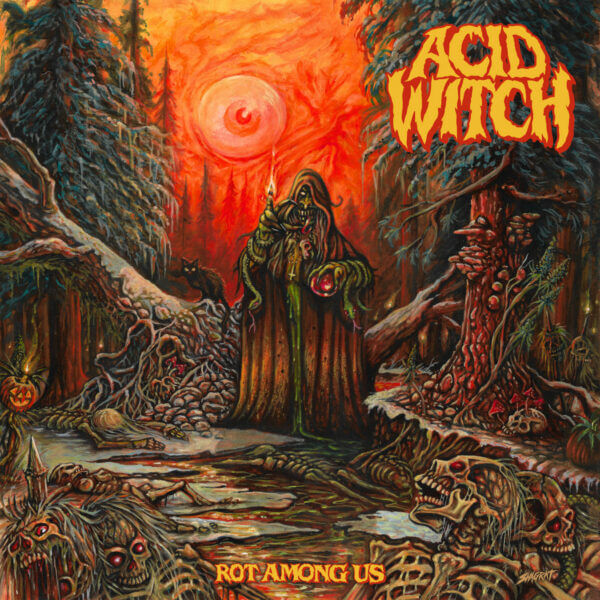 Acid Witch – Rot Among Us
I technically already covered this when I included “5508 Martin St” in my Halloween recommendations, but might as well confirm the entire album is another treasure from Detroit’s least fine. From murdered coeds to trading hallucinogens with witches, these doomsters cover every topic you could want for a drunken costume party. The riffs are shrouded in spider webs. The drums stink of beer spiked with LSD. The bass is good too. May every October be blessed by the Witch. 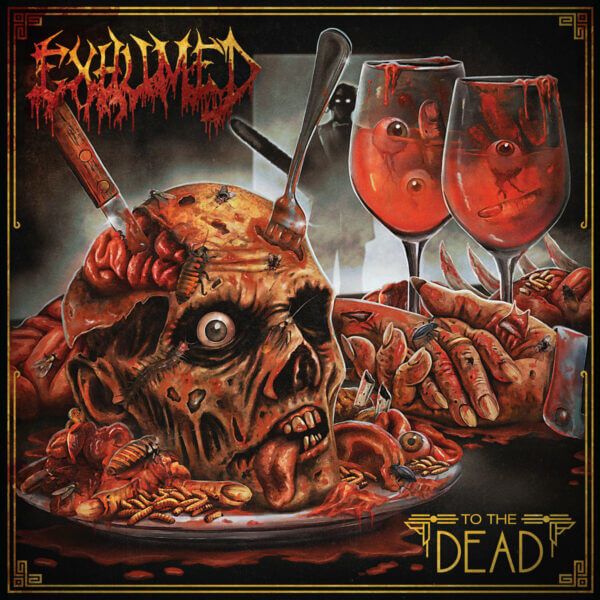 Exhumed – To the Dead
Exhumed have gotten into a cycle. Necrocracy was the peak of accessible gore metal. I can’t remember a thing from its follow-up, Death Revenge, except that it was a concept album of some sort. After that was Horror, a fantastic return to their grind roots. Now we get To the Dead, their most boring album to date. Let’s hope their next continues the cycle (but its follow-up doesn’t). 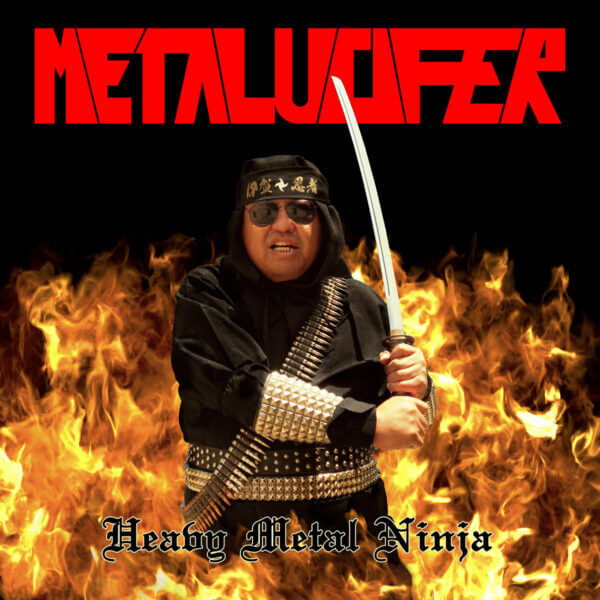 Metalucifer – Heavy Metal Ninja
When Sabbat bassist Gezol and former Sabbat guitarist Elizaveat formed this side project in 1995, the idea of a band resurrecting the sound of the NWOBHM was novel. These days the only novelty lies in Gezol’s (dubbed Gezolucifer in this project) thick Japanese pronunciation. They’re still full of unironic enthusiasm and have the sound of 1981 down to a science, but this EP is a pleasant visit from old friends, and nothing more. Again they got die-hard record collector Neal Tanaka to pose for the cover. 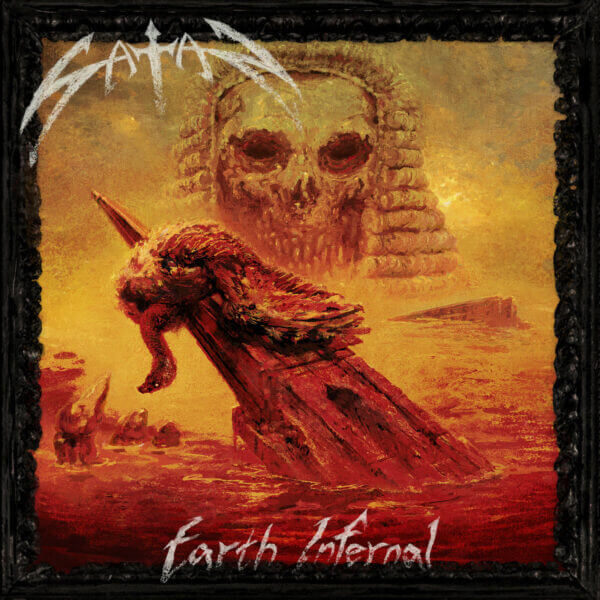 Satan – Earth Infernal
Actual members of the NWOBHM, Satan continue to stun with their fourth LP since their 2011 reunion. These geezers kick out tunes with vibrant leads, rocking beats, and the sweetest of solos. Brian Ross’ singing soars with the best of them, but he has the confidence not to show off. Satan remain a cult act that should be a lot bigger (by “cult” I mean having a small but enthusiastic fanbase, not having occult lyrics, name notwithstanding).

Satyricon – Satyricon & Munch
What a journey Satyricon have led, first carrying the torch of Norwegian black metal after the first batch of musicians were killed or imprisoned, then fashioning themselves as metal rockstars, to their turn toward a prog take on the genre. On their latest, they give in fully to their artsy ambitions. Their last album used an Edvard Munch doodle as the cover art, and this one was made to play during a Munch exhibit. It’s an hour-long instrumental piece. Not as outre as the soundscapes of Todesstoß, and not within throwing distance of the majesty of Sabbat’s The Dwelling, it is nonetheless an unnerving piece. 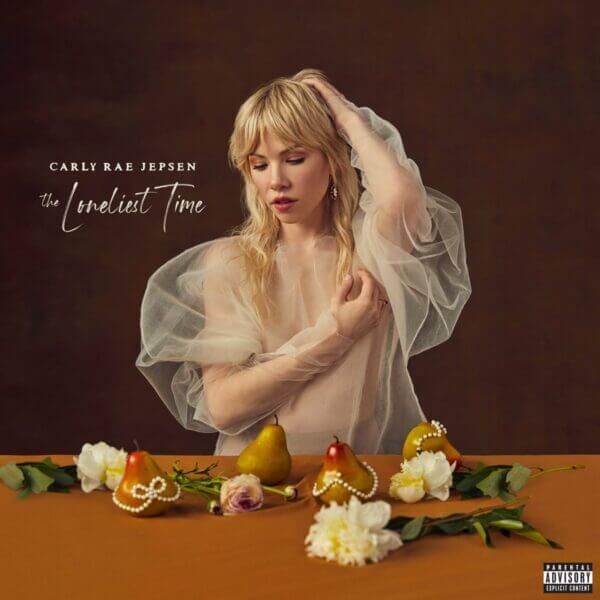 Carly Rae Jepsen – The Loneliest Time
The parental advisory warning on the cover might forebode Ms. Jepsen succumbing to that pitfall of pop starlets: trying to shed an image of innocence by being ever so adult. Fortunately, that’s not the case, and the warning label stems from, I believe, a lone f-bomb. This record is her most jaded, though not spiteful. Where her songs previously ached with the exhilaration of new love, on tracks like “Beach House” she snarks about the tribulations of dating. The tunes still recall the 80s tastefully. They killed it with the Caravaggio-esque cover photo. Bring on the B-sides. 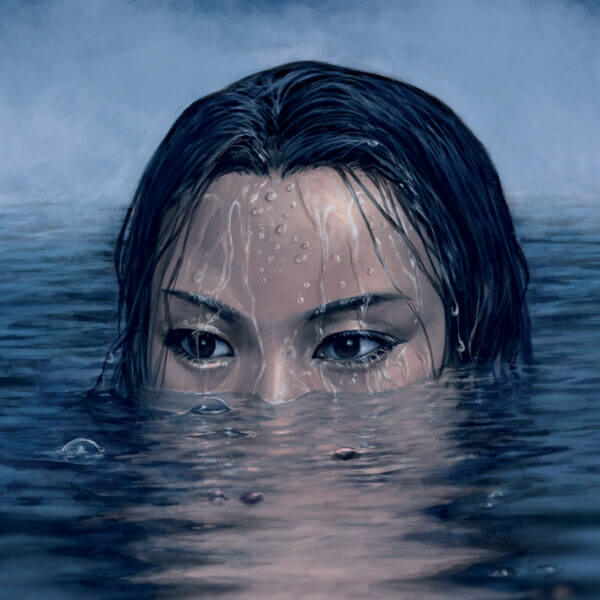 Wormrot – Hiss
Wormrot released the best album of the year, an event soured by the news that vocalist Arif was leaving the band after fifteen years. Hiss is their most sonically diverse record, employing all kinds of punk, metal, and noise. These sounds arise organically, never coming off haphazard like those goofy ADHD bands or smug like a worldly metal artiste. The beautifully painted cover art is inspired by the classic pinky violence series Female Prisoner Scorpion, an influence further explored in the accompanying music video. The image inside the gatefold sleeve, a woman slashing a cop’s throat, has been my laptop background since its reveal. Let the music speak for itself with “When Talking Fails, It’s Time for Violence”, one of the coolest song titles ever: