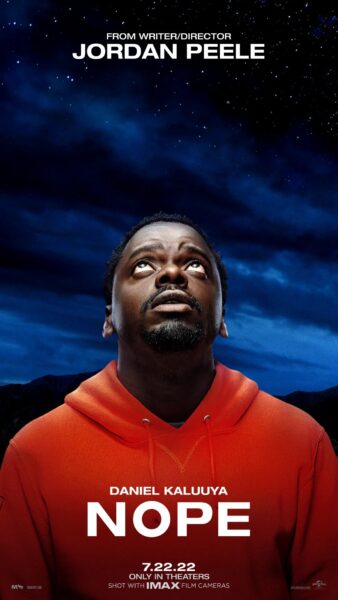 Christmas is over, and the year is winding down. That means it’s time for annual movie lists. Since I’m not paid to watch movies I haven’t seen enough to justify a top ten, but I did catch quite a few that I didn’t cover in a post. Here are my thoughts.

Nope
Jordan Peele’s latest, a flick about a brother and sister tracking a UFO over their ranch, is his least politically volatile film. It isn’t about race like Get Out or class like Us, and instead takes on media spectacle and exploitation. Reminded me of Jaws in being a crowdpleasing creature feature that in its third act turns from horror to action. Surprisingly for someone of Peele’s pedigree, this is the first time in his films that the comedy was natural and effective. Not the best film of 2022, but it had the best sequence. The only film I’ve seen in theaters twice in its initial run (I attended Castle in the Sky two separate years). 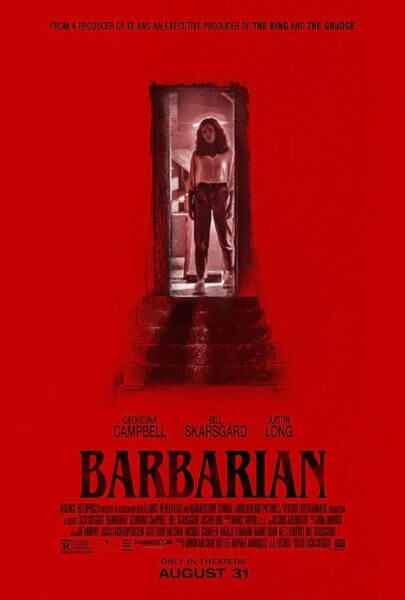 Barbarian
While it doesn’t rise to the heights its fans promised, Barbarian is a twisting and twisted chiller. A woman (Georgina Campbell) arrives at an Airbnb to discover it was double-booked and a man (Bill Skarsgård) is already staying there. Left turns abound; best to go in unawares. A smart but not self-satisfied film. Unfortunately the ending misses the mark, relying on a huge improbability. A candy-colored sequence set in the 80s makes great use of wide angle lenses and long takes. 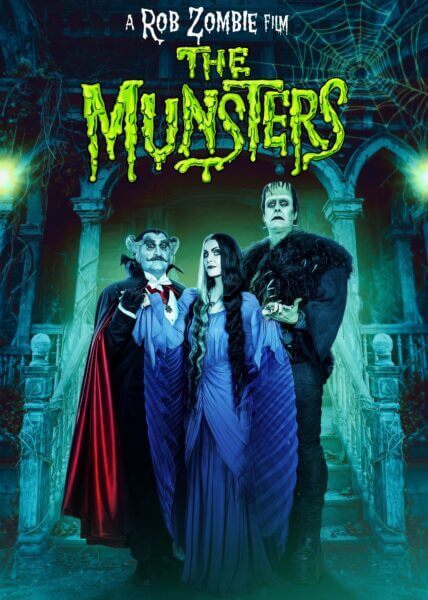 The Munsters
Rob Zombie is a die-hard Munsters fan. His biggest hit, “Dragula”, was named after the drag strip car built by Grandpa Munster. He’s proof that enthusiasm for the material does not a good movie make. As someone who’s seen about four minutes total of the sitcom, I can confirm this is dreadful irrespective of its faithfulness to the original. I don’t begrudge Rob for loving his wife, but Sheri Moon is stilted to the extreme as Lily. Jeff Daniel Philips is slightly more tolerable as Herman. Only Daniel Roebuck as Grandpa comes out looking good. The movie is visually assaulting, except for Herman’s resurrection which takes advantage of the cheap sets and saturated colors. Too inane for adults, too corny and obscure for kids (Sonny and Cher were before my time; what kid these days will recognize the reference?). There’s a single amusing joke. One. The worst film of 2022. 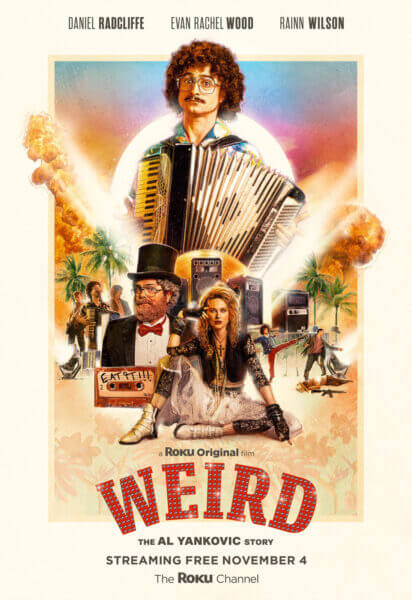 Weird: The Al Yankovic Story
Yankovic goes from parodying popular songs to parodying music biopics. Like his songs, the movie is good-natured and sporadically funny. Gets huge laughs early on, but only manages the odd chuckle for most of the runtime. Daniel Radcliffe was properly miscast as Al. If you’re a Weird Al fanatic, you’ve already seen it. I’ll stick to UHF. 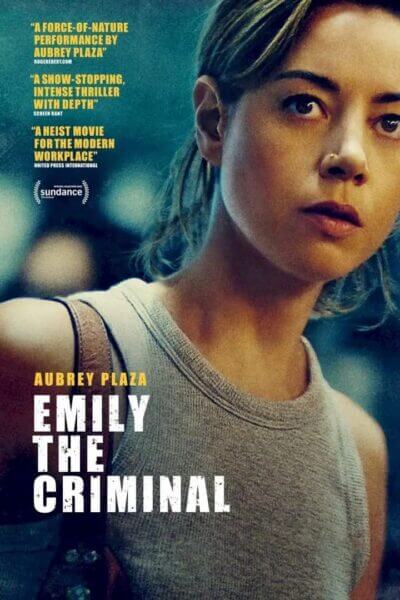 Emily the Criminal
Aubrey Plaza produces this vehicle in which her talents are wasted. She plays Emily, stuck in a nowhere job, and $70,000 in student debt even though she never finished school because of a felony assault charge. She finds a lucrative alternative in a credit card fraud ring. Between her student debt, her boss not letting employees unionize, her criminal record preventing her from getting new work, and a dream job turning out to be an unpaid internship, the social commentary is obvious. Emily just comes across selfish. Instead of getting in over her head and sinking deeper and deeper, as in say Fargo, her life of crime leads to brief obstacles she overcomes with a little spunk. Her romance with a leader of the crime ring (Theo Rossi) is hollow. So you know it’s indie it’s shot mostly in uncomfortable close-ups, and set to a sub-ambient score. Wishes it were Parasite. 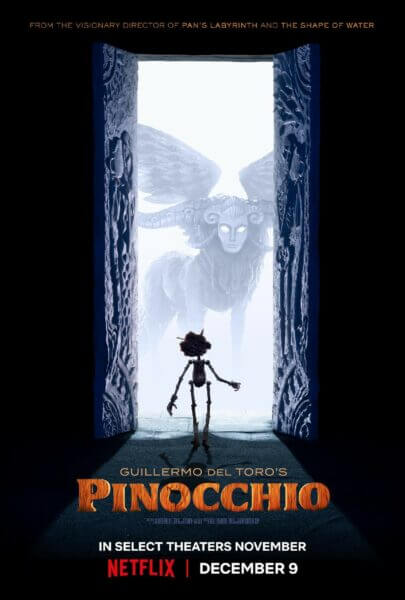 Pinocchio
In a lineup of the four Pinocchio movies that came out this year, it’d be easy to pick out Guillermo del Toro’s based on its bent art style. As usual with the director, the film offers lavish visuals designed with beauty and grotesquerie in harmony. Setting it during Italy’s Fascist years, with a mocking cameo from Il Duce, cements it as part of the del Toro oeuvre (though I suspect co-director Mark Gustafson handled most of the day-to-day filming). The movie is saddled with poor music. I hate when cartoons break into song at the best of times; here the songs are lifeless. The movie is too long too. On the whole, worth seeing, barely. Nice to see stop motion still being made.

That’s it for 2022. Not a terrible year for film. I caught more new releases than usual, though still missed some that looked intriguing like Tár, The Banshees of Inisherin, X, Pearl, Wendell & Wild, Decision to Leave, and The House. They’ll still be there in 2023.

Reminder that I did full reviews for Jackass: Forever, Everything Everywhere All at Once, The Northman, The Bad Guys, Hellraiser, Crimes of the Future, and A Christmas Story Christmas. Ranking movies is great for baiting clicks, but not for discussing film. I am comfortable calling Crimes of the Future the best of the (new) releases I watched this year. What were your favorites? Your disappointments? What are you looking forward to next year?