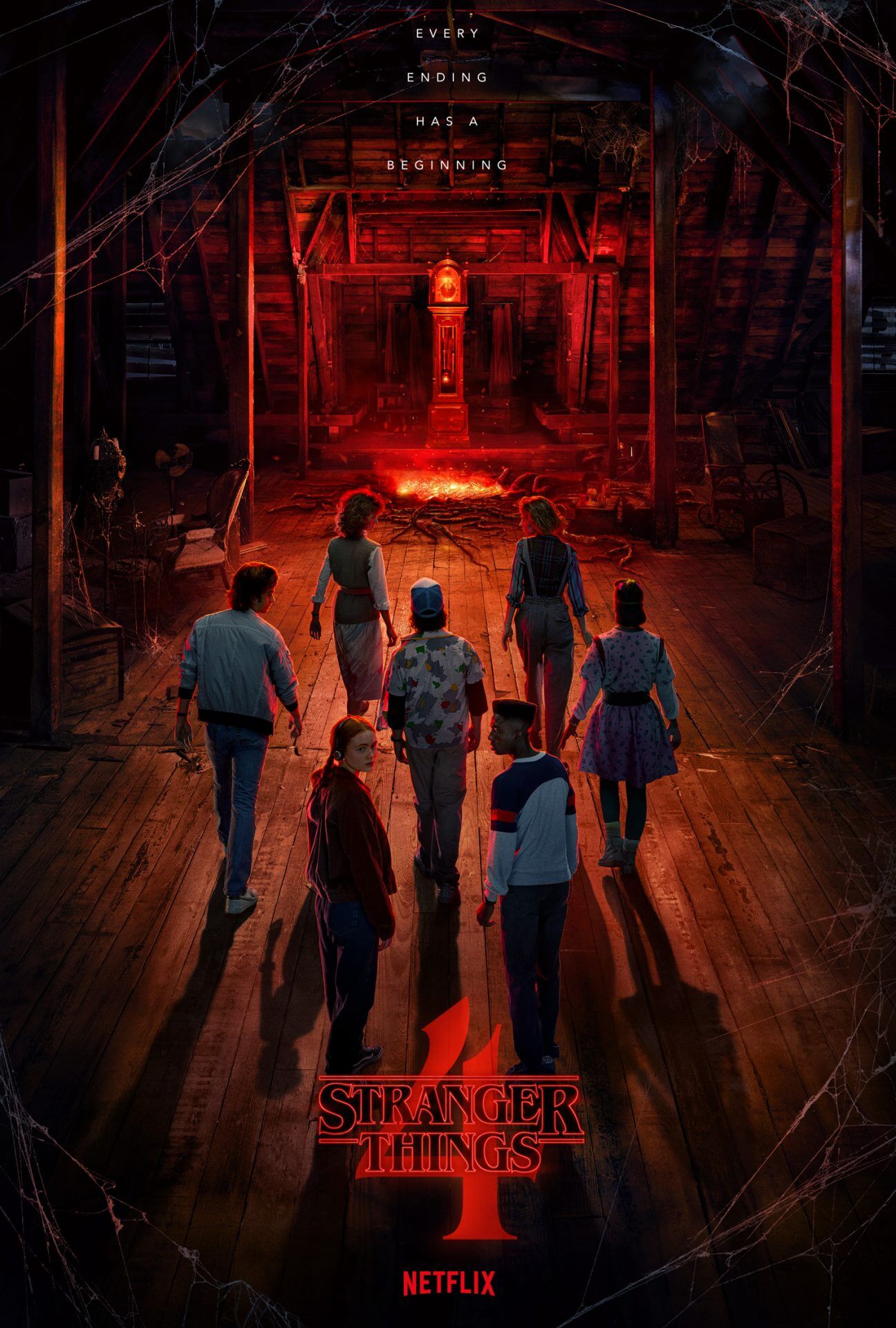 The latest season of Stranger Things introduces a new character, Eddie (Joseph Quinn), in a scene where he walks across a lunch table delivering a monologue to the whole high school cafeteria. People don’t do this. The scene is symptomatic of an ’80s nostalgia worse than the name-dropping variant this and other shows are infected with. It’s a nostalgia looking not just to reference ’80s teen movies but to replicate them down to their dumbest details. This is in the first episode.

Things boded no better when in another scene the popular girl, Angela (Elodie Grace Orkin), bullies El as she gives a class presentation. Yeah, this is set before nationwide anti-bullying campaigns and yes, mean girls like this exist, but nothing about this scene rings true. In the tradition of high school movie morality, El is the awkward new student and brunette while Angela is the popular girl and blonde. It’s the popular part I don’t get. Mocking a girl because her LEO father died in the line of duty is the type of behavior even jackassy teens find off-putting. I don’t disbelieve an Angela would have a loyal posse, I’m just skeptical that seemingly the entire student body would be at worst egging on and at best apathetic to the twerp’s sadism.

Despite the three-year gap since Season 3, the show picks up not long after that one’s events. Will, his brother Jonathan, his mother Joyce, and El have moved to California. Dustin, Mike, and Lucas remain in Hawkins. Lucas struggles to remain loyal to his old friends while making inroads with the other players on the basketball team. Nancy, Max, Murray, Steve, Robin, Erica, Suzie, really everyone from the previous season you can think of is present and accounted for and their paths will intersect. The conflict of the season kicks off when lead cheerleader Chrissy Cunningham (Grace Van Dien) goes to buy drugs from that guy Eddie. While in his trailer, she’s killed by this season’s monster, Vecna. Eddie goes into hiding knowing he’ll catch the blame.

Eddie is a headbanger and the leader of Dustin, Mike, and Lucas’ new Dungeons & Dragons group, the Hellfire Club. As phony as his monologue is, this detail is appreciated. A D&D fan is just as likely to be a long-haired weirdie as they are a bespectacled nerd. This leads into one of the obsessions of the season, the Satanic Panic. Eddie isn’t the lead suspect just because he was the last person seen with Chrissy, but because the town believes he’s a devil worshiper. Since this was the angle, they should’ve gone all the way. Instead of giving Eddie a Dio back patch and a W.A.S.P. pin, have him be a Venom and Mercyful Fate fan. If you think that’s far-fetched, both those bands were on the PMRC’s filthy fifteen list (so were W.A.S.P., but they didn’t have satanic lyrics). It’s more likely his character would listen to them than Mike would have a poster for The Thing in his basement in 1983. 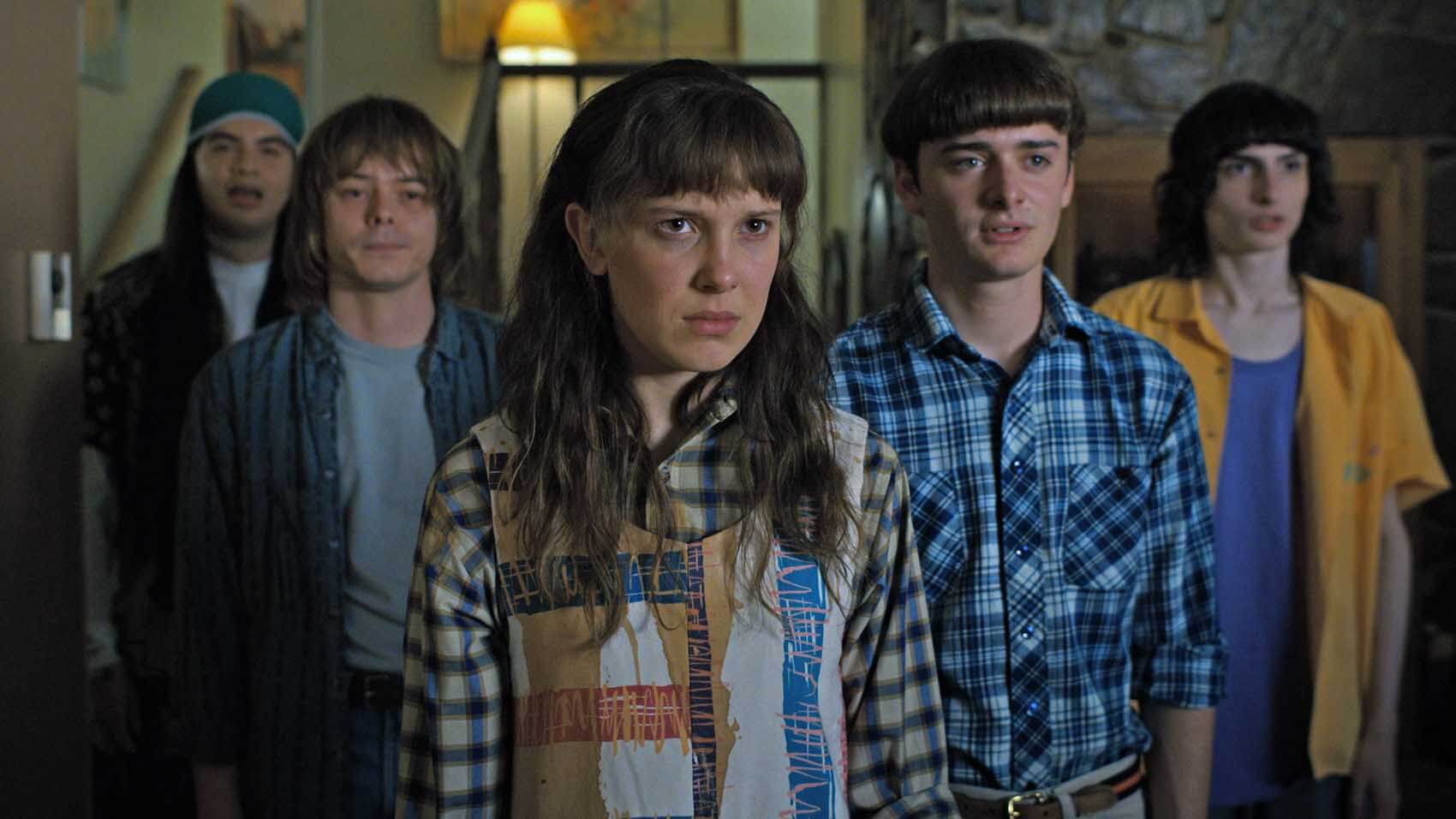 Something else I liked in the first episode: there are two scenes of cross-cutting. The first cuts between Jonathan and Nancy reassuring someone that their relationship is strong despite the fact they won’t be meeting over spring break. The second cuts between a D&D session and a basketball game. Using this technique twice in one episode is bold, but since the scenes have a different energy and the cutting serves different purposes, it works. The cinematography and editing are top-notch throughout the season. There’s a long take leading us through an intense shootout. There are a lot of aerial shots, sometimes tilting the camera to interesting effect. A scene of psychic children competing against each other uses jump cuts expertly. The most impressive feat of the editing is the pacing. At any time there might be five or six plot lines and we jump between them with ease. It’s a juggling act to keep all of these going, and we don’t even notice it.

The special effects are another story. The CGI is dodgy. Vecna’s way of dispatching his victims—bending their limbs in ways they shouldn’t bend—looks laughable. Spiders scurrying out of a drain don’t look any more convincing. Then you have scenes where the effects are great, like in the surrealist nightmare of The Upside Down. It helps that it’s colored in red and shadows and the art design is inspired—floating grandfather clocks and jagged stalagmites. I assume there are instances of effects that are integrated so well it doesn’t cross your mind they’re made on a computer. 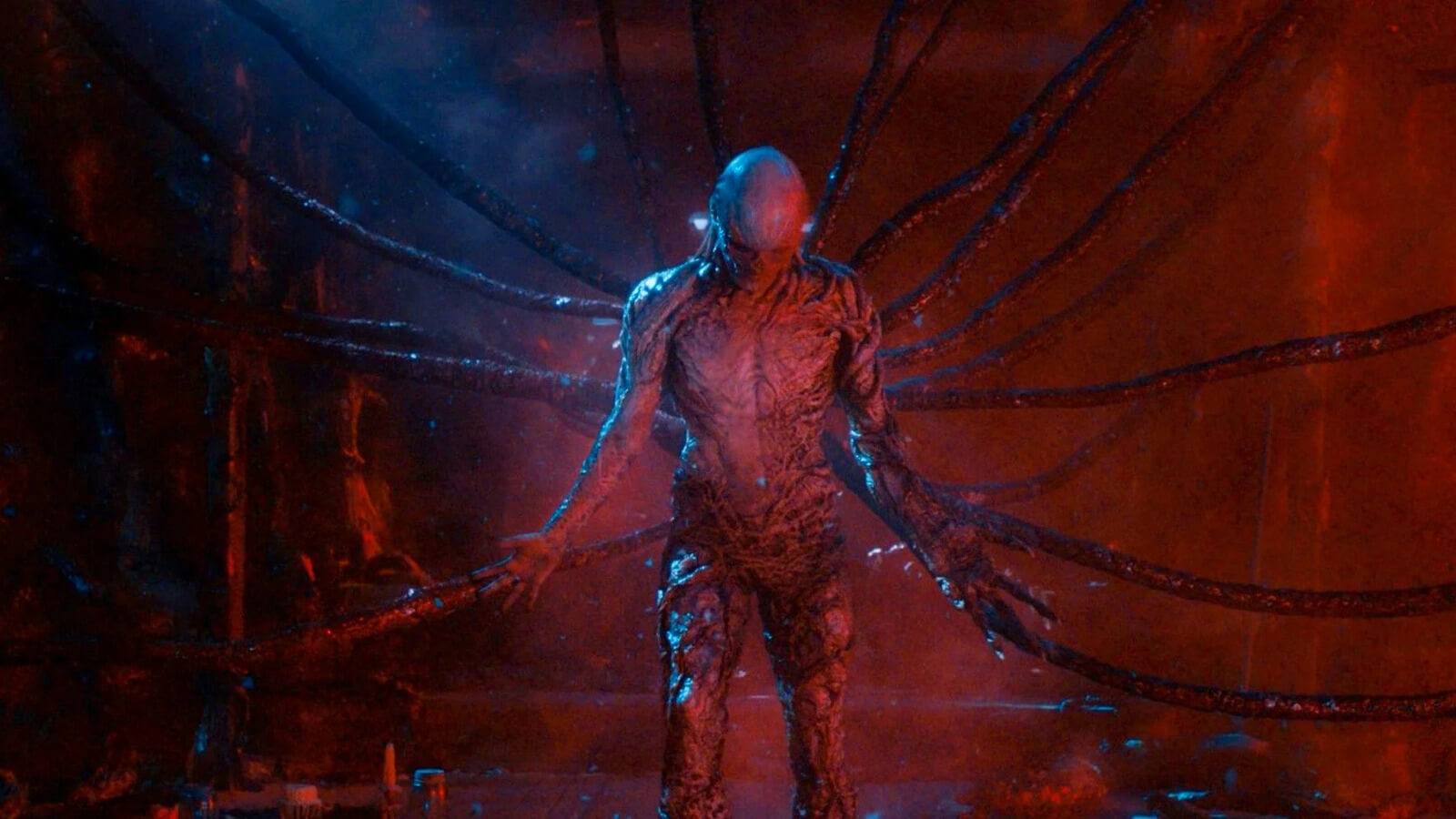 Vecna is the big bad this season.

The show is still a compulsive crowdpleaser. You can rely on each episode portioning out a bit of action, suspense, horror, and tear-jerking drama. Through everything, there’s humor. Not a conversation goes by without someone cracking a joke of one form or another. Their batting average is higher than in Season 3. Murray, the overconfident but not incompetent conspiracy theorist, remains a bright spot. He’s shown up by the newcomer Argyle (Eduardo Franco), a pizza deliverer and friend of Jonathan. His stoner obliviousness gets all the big laughs. The humor isn’t always on point. They could use an off button for the repartee. At moments it comes off like that guy—you’ve met one—who is always joking, who hasn’t caught on that your laughter is polite laughter.

The audience isn’t trusted to have the right emotions. The score always comes in to instruct us how to feel. A scene where Max reads a letter to her deceased brother Billy is touching on its own. She misses him despite him being a violent abuser, and her words convey that complexity better than the ham fists of sad, sad strings.

Filmmakers ought to get a memo explaining that battles between psychic characters are boring. They’re just two people grimacing and holding out their arms until one is thrown back. Guess she won because she was concentrating harder? Her powers are stronger? I’ll take your word for it, TV show.

The worst of the show’s offenses is some of the acting. This isn’t amateurish or incompetent acting. I place the blame on the script and the directing. Take the scene where Jason Carver (Mason Dye) is questioned by the police. Jason is captain of the basketball team and dating Chrissy. When it dawns on him that the murder victim in the news was his girlfriend, this realization should be devastating. We get overwrought dramatics instead, complete with him running into the forest to scream to the sky, in slo-mo no less. Jason’s character is handled poorly. His girlfriend has been mutilated and murdered, and unlike the audience, he has no reason to suspect anybody but Eddie is responsible. He should be sympathetic. Before he quests to find Eddie and exact revenge, he’s not shown to be particularly awful, except in the sense of lead jock = bad guy.

On the plus side, Kate Bush’s “Running Up that Hill” plays a reoccurring role in the story like how they used The Clash’s “Should I Stay or Should I Go” in Season 1, except it’s, you know, good. To be fair, Kate Bush ripping a rhapsody of farts would be better than a Clash song.

As the season progressed, I found myself pulled in further. I wanted to see how the gang was going to get themselves out of this one. Stranger Things aims to entertain. I’ll be damned; I was entertained. That’s more than I can say for the previous season. There hasn’t been a huge change to the show (why start now?). Explaining this discrepancy would involve going through a list of nitpicks and grievances with episodes I haven’t seen in three years. Season 4 knows how to hook you. Once you realize none of the characters’ plans will go smoothly, you can guess the complications from miles away, but that’s part of the fun. I only started Stranger Things out of obligation (I have people who begged me to watch it) and have continued for the same reason. Series creators Matt and Ross Duffer will never recapture the simple magic of that first season. They have persisted with something satisfactory. Maybe I was in a good mood, but I once again found myself invested in the adventures of some scamps from Hawkins, Indiana.