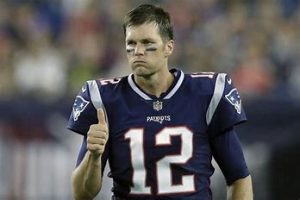 She said, “I lived in New Jersey/New York and told people back then that if Trump ever got elected, he would ruin this country and bring it down.” She used the word insurrection. I said, “Well, we’ll see how this new administration works out.” Trump was a boisterous, successful developer that I knew little about until he ran for president.

What does this have to do with Brady? When we hung up, I thought about all those that did the same thing, wept, watching this new administration take its place in American history, and the one that departed, the former president now back home in Florida. Things already “feel so much calmer, more normal,” she said.

I wanted to tell my cousin how I felt, but there is no convincing those who never understood the Trump movement; it wasn’t about a person. It was about leadership, a team effort that included the border patrol officer, the police officer, and firefighter; it included the mother, the health care worker, the soldier, the factory worker, the big corporations, and private industry as a deadly virus hit our shores, it included the unborn, the student learning about America and its history, Black colleges and inner cities, it was about the protection of faith and free speech, standing down our foes and showing courage and strength, in the face of relentless pounding.

It was never about race, skin color, gender, income, or pigeonholing potential; it was lifting everyone up together and condemning all violence, division, and hate, which is still taking place in our cities and not being condemned by the new administration. We witnessed leadership, even when the odds were relentless with the other team, via the media, Congress, and social platforms. 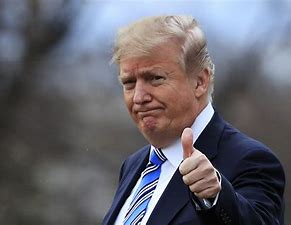 When the poetry and flags and star-studded songs are finished, just the people are left to watch the strategies, the strength and sheer will to win, not for a title or a legacy or a political position, but for championing the best interests of everyone. That is the mark of a true and selfless leader, not flowery words or hollow promises, but real results – it’s the fruits of the efforts that speak the loudest and will be remembered.

Tom Brady is the oldest quarterback, some who said his time has passed. Yet his skills and love of the game are as youthful as ever. The spirit in this country – the United States – that President Donald Trump inspired with so much energy, enthusiasm, and hope across all walks of life – they’ll tell you that time is past. It’s time for a Great Reset, a time to erase the memory of history, forget its lessons and replace it with something better. Like the comment in last Bond movie, ‘Skyfall’, ‘sometimes the old ways are best.’