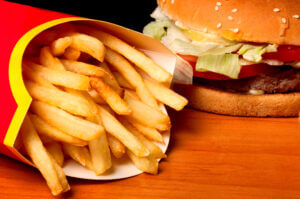 On September 5, California Governor Gavin Newsom lent his hearty endorsement to California’s FAST Recovery Act (short for Fast Food Accountability and Standards Recovery Act), which has been widely praised—and chastised—for its intention to raise minimum wages for the industry from $15 to as much as $22 per hour, the highest in the nation, with further increases in the offing. The major discussion over this new law has been directed to the perennial question of whether the loss in employment from its adoption will more than offset the salary gains to the workers able to maintain their positions within the industry. That is not likely, in my view, given the huge jump in mandated wages, which will make for a difficult transition period.

In dealing with this peculiar calculus, moreover, the inevitable losses in industry profits are given little or no weight in the economic evaluation of the law, on the implicit assumption that while the wage increases may put a dent in firm earnings, they will not drive all fast-food providers into bankruptcy—high-end operations are likely to be better able to weather the storm. It is also assumed that any increase in prices passed on to consumers will be borne with good grace, though many customers of the fast-food industry have marginal wage and income profiles not all that different from the workers (or at least those who retain their jobs) inside the industry.

The common assumption is that the only recourse available to deal with this new threat to the industry is a referendum to overturn the law, which would require the collection and validation of 623,000 signatures by December 4, 2022, for the referendum to appear on the ballot. Such an effort would attempt to replicate the successful 2020 initiative Proposition 22, which was designed to exempt companies like Uber, Lyft, and DoorDash from a California law that reclassified their drivers as employees entitled to all sorts of protections not made available to independent contractors.

The opponents of the FAST Recovery Act should think hard before declining to pursue constitutional and statutory challenges of the new law. The conventional wisdom on this subject is that the landmark New Deal constitutional decisions have left state legislatures with broad power to impose wage and hour restrictions on various businesses. But even in the most basic terms, those decisions do not give state legislatures carte blanche.

In this case, suppose that California had raised the minimum wage component of this statute to $50 per hour, decimating the entire fast-food industry. That massive interference with contractual freedoms would surely attract some constitutional scrutiny, even if the current $15 minimum wage law (in an age of inflation) does not. Where $22 falls on the spectrum is hard to say, but if the FAST Recovery Act were just a conventional minimum wage law, it would most likely pass constitutional scrutiny under the current regime, notwithstanding the labor cuts and price increases that it would necessarily entail.

But the FAST Recovery Act is, in the words of its own supporters, unprecedented because of its novel and elaborate institutional framework designed to increase its clout. The first point to note is that its “findings of fact” condemn (citing no evidence) the entire fast-food sector for being “rife with abuse” on pay, benefits, job security, and much more, even as it continues, paradoxically, to exhibit the highest growth rate for low-wage workers. The bill then quickly shifts gears by extending its cover to some 16,753 local franchise locations owned and operated by some 5,820 franchisees, all part of national chains with more than 100 or more establishments, even if only a small fraction of outlets are within the state.

The law thus creates a massive competitive imbalance between these encumbered outlets and their direct competitors. This unsavory distinction should set off constitutional warning bells under the equal protection clause, but the low level of judicial scrutiny makes that an uphill battle unless reinforcements can be brought to the fight. Yet those may be marshaled in light of the expansive scope of the law’s mission and its peculiar ten-member “Fast Food Council” governance structure, which gives inordinate power to Governor Newsom. The mandate of the council is to regulate “working conditions” as follows:

The mandate in question contains no limitations on what regulations the council may impose. Moreover, the phrase “include, but are not limited to” can easily lend itself to a construction that would allow the council to impose by legislation even controversial material that was stripped out of the bill in the final stages, most notably a provision that allows a franchisor to be held liable for the wrongs of its franchisee, contrary to well-established principles. That change would wreck the entire business model, whereby local control of the outlet is tied to the maintenance of brand identity through standards that assure all consumers of high, uniform quality.

Yet even if the FAST Recovery Act does not go that far, its ability to impose heavy standards creates a triple whammy that many firms will not be able to survive: high wages, expensive mandates, and unbounded compliance costs. Together, these could easily bankrupt some firms.

The best way to attack these abuses is to insist that the regulations cannot be promulgated or enforced until there is some assurance that they will not drive some companies out of business. Given the thousands of franchisees that are on the block, it is too much to ask floundering franchisees to file independent fact-filled statements about the confiscatory combinations of high labor costs and crushing expenses. After all, a $22 minimum wage might be tolerable in San Francisco if the market wage is over $20, but ruinous in Fresno or Bakersfield if the market wage is closer to $15. Yet nothing in this legislation directs the council to introduce local variations in its diktats. Some unprecedented upfront protection is needed against this massive usurpation of private decision making authority.

The FAST Recovery Act also suffers from massive structural defects that exacerbate its substantive flaws. Defenders of the law insist that the council (located in the Department of Industrial Relations) has ten members: two from fast-food restaurant franchisors, two from franchisees; two from employees; two from advocates for employees (sic!); one from the Department of Industrial Relations; and one from the Governor’s Office of Business and Economic Development. A quick count shows that the putative employee representatives always have a six-member majority that can ignore the representatives of the franchisors and franchisees even on those issues where the two groups agree.

The situation is even more unbalanced because of who gets to make the appointment:

These representatives serve for a presumptive four-year term, but they serve “at the will of each appointing power,” which means the governor calls the shots. There are no checks at all on his appointive power: no recommendations required from each group; no requirement that the party chosen is in the mainstream group; and no confirmation process. The governor thus has a free hand to assemble his private dream team, so that the entire operation is tantamount to an outright transfer of executive power to an official who has already publicly given the employees his wholehearted support.

The FAST Recovery Act offers a one-two punch to the idea of limited government. As of late, the United States Supreme Court has grown ever more uneasy about excessive delegation of powers to administrative agencies and executive branch officials. In this context, those fears are only heightened by a statute that rolls all these powers into one man. A legal regime with such inordinate and skewed powers cries out for constitutional extinction.

As if to punctuate this unpalatable situation, the FAST Recovery Act offers a way out of the wilderness: unionize, namely, via “a valid collective bargaining agreement if the agreement expressly provides for the wages, hours of work, and working conditions of the employees, and a regular hourly rate of pay not less than 30 percent more than the state minimum wage for those employees,” subject to certain conditions. This provision is a clear indication that the act hopes to neutralize employer opposition to unionization by offering some lesser evil. This approach is likely to be challenged for trying to force workers to unionize.

Any legal challenge from franchisors and franchisees is likely to receive a stony reception from a Biden-dominated National Labor Relations Board. So it is best to mount a frontal constitutional challenge in federal court, insisting that this statute’s multiple overreaches should condemn it to an early judicial execution.