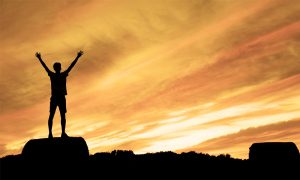 As far as the Left is concerned, the country can now resume it’s true and righteous agenda of change and transformation set in motion by their leader, Obama:

They would say, sure we made a few mistakes before 2016, but what can you do when an election is stolen? But we didn’t waste those four years: we re-energized and ginned up the anger. We made sure that everyone knows that Trump was a fraud, a liar, a racist, and a hater. We’ve worked very hard at accentuating the weaknesses of the Right, and we see them in full panic mode, trying to save themselves from an inevitable future that has been in the making for years. They’ve shown how feckless they are in trying to rescue a different outcome for this election, but we have too much momentum. The people of this country are seeing just how greedy and hopeless the Right is.

So we can now continue marching forward with our agenda of change: equality, fairness, re-distribution, and becoming a global participant in a united world. We will take our place along with everyone else, making sure that all of us reap the benefits of a universe of fairness. We will sacrifice much as a country, but the world will benefit.

Eventually, the people of the United States will understand that we are dedicated to a larger purpose: one world, united in justice and equality.

We are back on track.

Can’t you just see the Left, guided by the secret elite, congratulating themselves? They are clueless about, and have no respect for, the people of this country; to them, we are just a mass of mindless creatures waiting for them to tell us what to do.

But the Left has underestimated us. They always have, as they live in their cocoon of snobbery and arrogance. They rest on the tenets of a failed worldview. They never learn from their mistakes. But they are certain that they are right. They will do their best to resurrect The Swamp and there will even be those on the Right who will quietly try to help them.

But the Left is mistaken. In these four years, we have watched the ugliness of the media and the Left in brilliant technicolor. In spite of their denials about launching an Obama third-term, we know what they are doing and we must stop them.

We are resilient. We are determined. We will fight back.

The last four years were not an inconvenient hiccup in time. The Right has seen, through Trump’s persistence, what can be accomplished culturally, internationally, and economically.

And we will not back down.