“Oh, it’s a jolly challah-day with Susan, Susan makes your ‘eart so light!” OMG. Apologies for the appalling pun, to you, to @susanquinn, to Mister Susan, to the brothers Sherman who wrote the music and lyrics for Mary Poppins, and above all, to everyone who reads this, wherever you are, for inflicting upon you Dick Van Dyke’s excruciatingly embarrassing (embarrassingly excruciating?) excuse for a Cockney accent. Born within the sounds of Bow Bells, he most certainly was not:

I recently spent a restorative few days in the company of Ricochet member Susan Quinn and her husband. They were kind enough to share their lives and their lovely home with me, and I’ve rarely felt more welcomed or enjoyed myself so much. I’d like to say a very public “thank you,” right here and right now, to Susan and Mister. And all those of you who know where Susan lives, please don’t beat up on us for not organizing a meetup. Consider this a “dry” run (more about that later; I’ll try not to get so digressive I forget to circle back around.  LOL, if you’re me.). Without letting too many cats out of the bag, for those of you who don’t know where Susan lives, I’ll just say that it seems to me that she lives in the land of perpetual sunshine. And speaking as a person whose best friend texted her upon her return saying “welcome back to gray,” I appreciated the hell out of 72 hours of sunshine, which is probably more, in toto, than I’ll see between now and the middle of April.

One of the lovely things we did (pace the others, such as the spectacular bird-watching, the walks, the relaxing “down-time,” the knitting rescues, the interesting conversations about world travel, and so much else) was our Friday morning experimental baking of the challah loaf.

I’m a pretty experienced bread and dough-maker, but not-so-much in the area of egg-laden, sweetened breads. I’m a nonpareil (in my own mind, at least) with French bread and pizza dough, but this was something different. Honey. Eggs. Braids (something I’d only ever done with hair to this point). But what the hay, right? 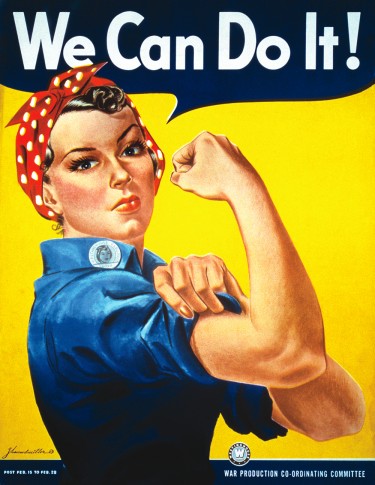 So, after a good breakfast, we got going. With this recipe, I think it was. Here be Susan, mixing and measuring. Getting ready to rise.  Aren’t we all? If I may, I’d like to address the “lurkers” and the new members who aren’t participating much yet: Friends, this is why I “Ricochet.” Not for the politics. Not for the trolls. Not for the antagonism. Not even for the occasional insults and embarrassments (and there have been some over the almost ten years that I’ve been a member–you can’t win ’em all, as they say). Still, as they (also) say, She persists. And the reason I do is for the connections. For the friendship. For the community. For the love.

My personal circumstances at the moment are such that it’s difficult for me to travel much without a great deal of advance planning. And I’ve found people here who are willing to help with, and to accommodate me. (You know who you are.) Try that with people you’ve never met IRL on Facebook. Or Twitter. Or anywhere else, for that matter.

Thank you, Ricochet. And, above all else, thank you, @peterrobinson, and @susanquinn. I couldn’t do much for you, but you may have saved me. And that’s the definition of a friend. If Samuel Johnson didn’t say (and I don’t think he did, although he is often credited with having done so): “the true measure of a man is how he treats someone who can do him absolutely no good” then he should have.

PS: I promised I wouldn’t let you down, remember? Regarding that “dry” run I mentioned earlier: My suggestion would be that if you’re planning an event anywhere in the area (dry or not), you simply put Mister Susan in charge of the bar. Missus Mister Susan and I tested this proposition out quite thoroughly during our time together, and I don’t think you’ll be disappointed if you follow my advice.