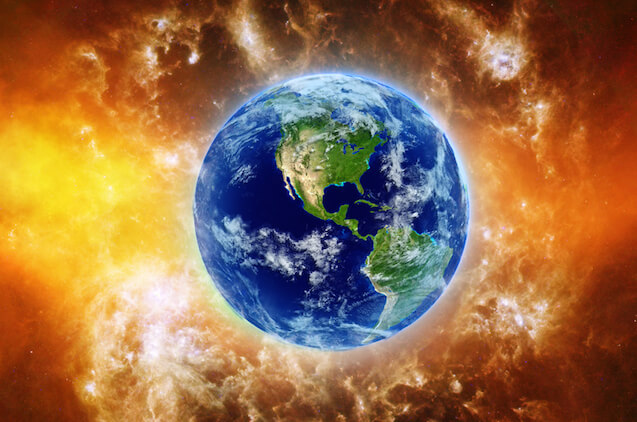 [T]he data are not supporting what the advocates are arguing. The last 15 years, there has been no recorded warming. Contrary to all the theories that they are expounding, there has been should have been warming over the last fifteen years. It hasn’t happened. They don’t have an explanation for that.

So far as this un-credentialed writer is able to glean, this is factually incorrect: most data sets show that the Earth’s atmosphere has warmed since the mid-nineties. However — and it’s a big however — global temperatures have not risen anywhere near as much as the climate models predicted. How significant has the differences been? It’s complicated, but the models predicted warming between two and six times what has actually been observed over the past few decades, far less than what the doomsday scenarios peddled by popular media and certain former vice presidents promised (disclosure: some researchers have posited that the data is incomplete and that attempts to re-create it show that warming did happen much as expected).

This should not be terribly surprising. As Ricochet member Teunis Dorlas explained last year, it’s hard enough to model something as relatively simple as a parachute. Something as complicated and dynamic as the Earth’s atmosphere — with the dizzying number of variables that drive it and feed back upon each other — requires a herculean effort and, as the world does not actually have demigods, we have to get by with mere mortals using machines as best they can. Consider further that the research has political ramifications and requires the cooperation of thousands of people all over the globe, and it’s no wonder the whole thing’s contentious and messy.

So if there has been global warming — albeit, much less than predicted — does that make Cruz and Rubio worthy of the “denier” label? Not in my book, though both could use a sit-down by a sober-minded someone with familiarity beyond the basic talking points. In that same interview, Cruz goes on the cite the worries about global cooling that were in vogue in the 1970s as reason for skepticism, a point that seems well past its expiration date. If the senators are going to exert oversight on these matters, it would behoove them to do some better reading on them (I recommend Matt Ridley for starters) and to stop pretending that a nine-year-old documentary by a former vice president is the definitive work of climate science.

Simply put, being an informed skeptic requires you address the best the other side offers, not just its hysterical weak-men and straw-men. Phil Plait’s a decent and fair-minded enough person to write about the warming pause in another article and — while he disagrees in part — he makes concessions that would likely get him booed off a stage shared with Al Gore (“To be clear, warming over the past few years has slowed a bit compared with a few years before but…”) and that kind of back-and-forth is more likely to lead us to better discussions and smarter decisions.

But returning to his piece on Cruz and Rubio, Plait concludes that he “can’t imagine what disasters the GOP will wreak” now that it’s empowered by a bunch of anti-science whack-jobs. That’s not quite a prediction, but it’s close. It’ll take a few years to get a definitive answer, but I’ll wager Plait’s political prognostications on this aren’t a lot better than most climate models.