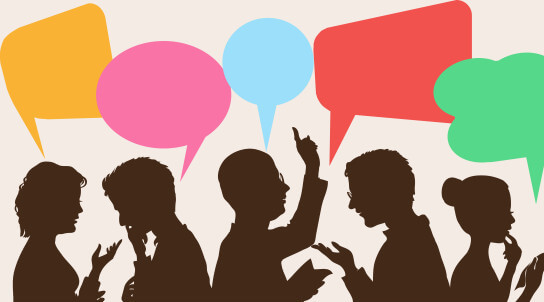 But in the last decade or so, persuasion in politics has become like cursive writing in high school; it’s a lost art.
Bush Tried, Obama Doesn’t Bother
George W. Bush, for example, genuinely wanted to convince people he was right about Iraq. But he had absolutely no talent for persuasion; nor, alas, did he have the sense to bring anyone who did have a talent for persuasion into his administration. After two terms in the White House, the total number of Americans who changed their minds in favor of the Iraq War was, roughly, zero.

President Obama is on-track to match that sorry record. He exudes contempt for anyone who disagrees with him about the war, Obamacare, or about any other issue; when he speaks, it’s obvious from his choice of words and body language that he doesn’t think it’s worth his valuable time to try and convince people who are just too stupid to understand.

It’s getting worse. Can you name even one of the likely presidential contenders who has displayed the inclination — let alone the skill — to convince people to actually change their minds about an issue? Neither can I.

In politics, the alternative to persuasion is playing to the base. You identify your natural supporters — libertarians, social conservatives, labor unions, soccer moms, Tea Party activists, or whomever — and then you throw as much raw meat at them as you can. You tell them whatever they want to hear, precisely as they want to hear it. You don’t worry that voters who aren’t part of your base won’t understand what you’re talking about, or may be offended by the words you use to make your points; in fact, offending other voters is one of the best ways to convince the base that you’re their guy or gal.

It’s obvious why playing to the base is so attractive to ambitious politicians: it draws the media’s attention, and that helps raise lot of money, fast. But there’s a third reason that isn’t so obvious, and that lies at the core of why so many of today’s politicians don’t even bother to reach out beyond their natural supporters: it’s easy.

When you play the base, you just stand at the podium and let fly. If you have even an ounce of political juice in your veins, you don’t have to struggle to find the right words, or the right slogans. They come naturally; after all, you’re talking to people who already agree with you about everything. It’s like having supper with friends who share your own political views. You can just relax and speak in a kind of shorthand, confident that everyone at the table “gets it.”

Persuasion, on the other hand, is hard. Convincing people to change their minds often requires that you appeal to their intellect rather than their emotions. You actually have to make your case, and you have to make it in a way that your audience will grasp and consider worth pondering. And because so many of the people you’re trying to convince don’t share your ideology, you must choose words and facts that will overcome their doubts and suspicions, and thus help close the gap between you. And you must do this in a way that broadens support for your policies without losing your original base. Persuasion takes a lot of effort, and it’s often a trial-and-error sort of process; a sense of humor helps.
It’s Partly Our Fault
In fairness to our politicians, it may be harder now than ever before to convince people to change their minds. It’s human nature to prefer validation than challenge. And with today’s technology, each of us can choose whatever political bubble suits us best, then live in that bubble without ever stepping outside. We can read only those websites that reflect our own political views, listen to only those radio talk show hosts whose politics we like, and we can watch whatever television news network suits our own ideology. We cannot chose our relatives, but we can choose our friends; for most of us that means carefully choosing friends whose political views match our own.

And because we now live in our own political bubbles, we are falling out of the habit of having our views challenged; of being told that we are wrong about an issue and need to rethink it. And the less often our views are challenged, the less comfortable we become with changing our minds, and the harder it becomes to do it.

Admitting you’ve been wrong has gone from being an admirable quality of character to being an indicator of personal weakness. It’s uncool. When’s the last time you heard a talking head on Fox News, CNN, or MSNBC say something like this to another talking head: Gee, that’s an interesting point you’ve just made. I hadn’t realized that or thought about it in quite that way. I’d like to change my position on this issue. Surely not often; maybe never.

Losing the art of persuasion in politics is worse than sad: it’s dangerous. It means that American politics will become rougher, nastier, and more like a civil war without guns — at least for a while. It means the political differences among us will become sharper, the divisions among us deeper, and the gaps that separate us even wider than they are now. It means the United States that we bequeath to our children will be less a country than a collection of irreconcilable factions who history has trapped into sharing the same piece of geography.