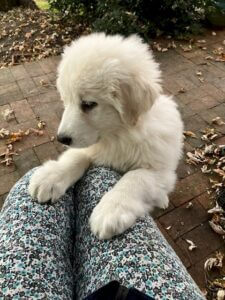 She is, unequivocally, the most charming puppy it’s ever been my privilege to know.  (For those interested or even just wondering–or perhaps choking a bit over the unfamiliar word–it’s pronounced SHOO-sha, being a Basque girl’s name, native to the Pyrenees.)

“She has such a feminine head,” said my veterinarian, when I texted her a photo.  And yes, she does.  And I noticed, in the photo of her climbing up my pajamas while we were enjoying coffee together on the brick patio a day or two ago, that she actually has a neck.

Her older playmate (he’s ten months old) Odo never had a neck.  He’s always been just beefy.  Built like a Steelers linebacker, when being such conjured up an image of exactly what I mean. Lambert, Harrison, Ham, etc.

Both came from farms employing trained guard dogs to watch the herds and flocks.  Both are entirely comfortable around livestock. And both were referred to me by my veterinarian as reliable and ethical breeders. 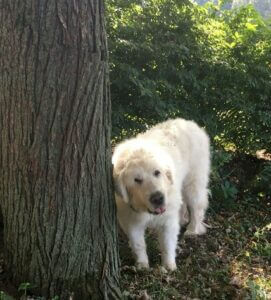 It was borne in on me a few months ago that my current Great Pyrenees situation really wasn’t sustainable.  I had Xena–12 years old and increasingly bewildered, wobbly, and decrepit (I can relate)–and Odo,  a sweet and energetic (in dog years) pre-schooler whose good-natured feet and heart regularly overran her. “Crimenutely,” I’d imagine hearing her saying, “Can’t he just leave me alone for a bit so I can become one with the floor or the ground and take a nap?”

Eleven years ago, having just adopted Levi from the farm up the road, I was faced with pretty much the same predicament.  (I had six or seven other dogs at the time).  Levi was the sole youngster amongst a crew that encompassed a cripple of geriatrics–the diabetic dog; the lame dog; the arthritic dog; the blind dog, the cancer-ridden dog; and so on. He needed a playmate more his own age, and one more able to keep up with him.

Enter Xena. I found her at a giant-breed rescue place on the other side of PA, abandoned by her humans, who’d gotten divorced, and neither of whom wanted her. After a bit of training, she fit in perfectly, and has been beloved here ever since. Here’s a favorite photo of the two of them. (Levi’s on the left; Xena’s on the right.) You can see the “feminine” characteristic the vet was referring to in Xena’s face.  The girls and boys look different.  What a surprise. 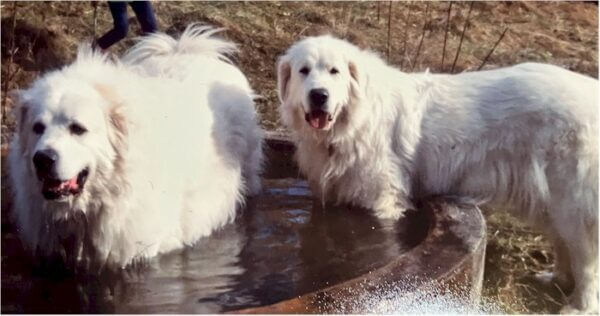 A bit less than a year ago, my darling Levi’s back legs failed, and I had to have my faithful friend put to sleep. I’m still not quite over it, and I still miss him horribly.

But life goes on, and two months later, I acquired Odo as a friend for Xena, who seemed lost without her buddy. They’ve taken to each other wonderfully well, but–clearly–she can’t keep up with him.

One of the reasons I know this is from the “Whistle” App.  Xena and Odo both wear a GPS which is handy on the (very rare) occasions that they wander off.  It also gives me all sorts of generally useless information on their health and activity levels.  So, yesterday I saw that Odo enjoyed 178 minutes of strenuous exercise, running all over the fields, chasing Lord-knows-what, barking up a storm, and generally (in his own eyes, I’m sure) making himself indispensable.

Xena, over the same timeframe?  Nine minutes of “low-energy” exercise.

LOL.  I increasingly find myself, the older I get, on team Xena. Bless.

But–for the sake of my young four-legged friend–it was time to take the next step.

I don’t know how long Xena will be with me (“Do all your pets live forever?” an exasperated (now retired) veterinarian once asked me.)

But I know that–one day–it will be Odo and Xuxa who carry me on.

And that is fitting.

Somehow, with my impeccable sense of timing, my acquisition of this latest puppy wrapped itself up in the death of my best friend of 50 years standing.  She died on Monday.  Her funeral’s tomorrow.  After the funeral, I’ll bring her cat home with me.  Her cat has cancer, as did my friend (the same type of cancer for both of them, actually).  And the cat isn’t long for this world either.

Fortunately, the cat is also a patient at my same excellent and much-trusted veterinarian.  And so I am confident that–whatever the outcome, and out of an abundance of affection–we’ll do what’s best for the cat and for us all.

And because it does, and after I’m toast, I really hope that–much as I love you all–the best that can be said of me is not that one day, I wrote some sort of kick-ass and consequential bloviation that was promoted to the main feed of Ricochet.

I hope that the best that can be said of me is that I did my utmost, and that I was a good friend and companion to all those–both two and four-legged–creatures who crossed my path over the years.

If some of you can find it in your hearts to say that about me when that day comes, then I think I’ll die happy. 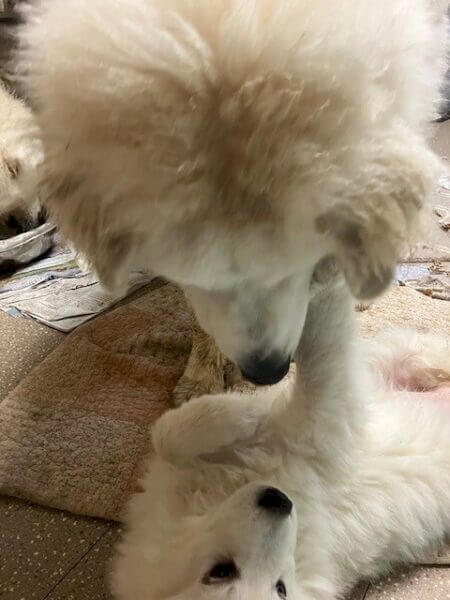