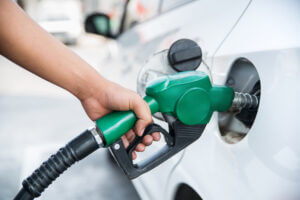 For financial markets, September 2022 was one of the worst on record. A nonstop bear market has been created by a decline in stock prices in excess of 20 percent, just as national output declines for the second straight quarter. These indicators point to a continuing recession. Inflation pressures have, as of now, brought the thirty-year fixed-rate mortgage to a 6.7 percent rate, up 1.5 percentage points in the past six weeks and double what it was in January 2022. The Federal Reserve has instituted a series of sharp rate increases to tame the inflation. But this remedy, even if justified, will drive down stock prices in the short run and, by raising the cost of capital, could well further dampen economic activity. Wages have risen in nominal terms, but well below the rate of inflation.

We are now past the point where any government response to monetary issues can reverse this downward trend. Instead, what is necessary is a hard look at the wide array of social and business policies that have led to the current malaise.

Recall for these purposes that the basic definition of inflation is too many dollars chasing too few goods. The rate of inflation does not depend solely on monetary issues within the Fed’s domain—it also depends on changes in the stock of goods and services. Sensible economic policies that aid growth will thus tend to curb inflation even with bad or capricious decisions by the Fed. But conversely, foolish economic and regulatory decisions will compound the problem by shrinking the economic pie in area after area; a key tenet of progressive thinking harbors the sorry illusion that if the Fed does its job, governments and businesses—often backed by government power—are free to pursue all sorts of collateral ends, most of which are counterproductive.

Thus, in the financial sector, one of the most powerful recent social movements is the rise of ESG: environmental, social, and corporate-governance changes that are intended to undo supposed mischief resulting from the Friedman doctrine, which in 1970 posited that the sole function of the corporation is to produce gains for its shareholders so long as the firm operates within the legal boundaries set by the positive law, be they wise or foolish. A common criticism of this narrow focus is that it fails to include, as has been urged by Oliver Hart and Luigi Zingales, a wide range of critical social values. There is no doubt that shareholders as a group care about more than their bottom line. However, it is a sheer leap of faith to assume that all these collateral causes an ESG model attempts to incorporate into shareholder decision making line up with some progressive creed. Just as some shareholders champion gun control, others work tirelessly to promote broader Second Amendment gun rights. No corporation can satisfy both sets of demands simultaneously, which strengthens the Friedman position by making it clear that independent decisions by individual shareholders will reduce the number of conflicts of interest that arise when ESG becomes corporate policy.

In short, it is sensible to allow shareholders to maintain different values and have them reflected in their private donations rather than let the corporation impose a set of uniform values upon shareholders.

It is in fact impossible to be a faithful fiduciary to the multiple groups of stakeholders—shareholders, employees, suppliers, customers, and the public at large—whose interests commonly conflict. Under the Friedman model, each group has its own trustees who can better serve each respective constituency (whose members have more uniform views) than a corporation pushing an ESG-based agenda.

The illusion that all groups are owed fiduciary duties means in practice that none gets any reliable protection, which in turn allows for the emergence of strong external norms that are routinely baked into ESG. On the employment front, for example, ESG commonly requires that firms take steps to engage in diversity, equity, and inclusion. In the abstract, this initiative sounds good in its ostensible commitment to hiring from all sorts of identity groups and a supposed tolerance for differences of opinion. However, it could lead to quotas or other questionable policies when mandated by the SEC. ESG can also create other adverse consequences, including higher fees for ESG funds, which then must be audited to ensure compliance with government statutes and regulations. Yet if they do comply, the level of firm diversification is reduced such that, as one study from Derek Horstmeyer concludes, “the average ESG investor may be taking on more small-cap risk, interest-rate and inflation risk, and single-stock risk than an investor in a standard all-equity fund.”

Indeed, these ESG obligations could conceal serious conflicts of interest. For instance, BlackRock, a stalwart defender of ESG, used its voting rights as Exxon’s second-largest shareholder to reduce oil and gas production, without disclosing that Exxon’s abandoned fields could well be acquired by PetroChina, a firm in which Blackrock also has a sizable stake. It is therefore no surprise that some nineteen red-state attorneys general sent a strongly worded letter to Larry Fink, BlackRock’s CEO, reminding him that the traditional duties to state pension funds of loyalty and care are in breach by Fink’s policy.

At the center of this issue is the hotly disputed topic of climate change and the steps that should be taken to control it. The SEC has already spoken independently about this issue with the creation of its Climate and ESG Task Force, whose purpose is to ferret out mistakes in the disclosure statements of various firms on climate risk. Behind this ill-conceived initiative lies the assumption that the mandated SEC disclosures will have any material impact on business of which shareholders ought to know. If it passes legal challenges, compliance costs to firms of these disclosures will prove enormous and duplicative, and will surely deter banks and other financial institutions from investing in or lending to the fossil fuel industry. Sadly, it is no easy matter to ramp up wind and solar substitutes for fossil fuels, as Mario Loyola of the Competitive Enterprise Institute notes. Not only is an archaic and balky permitting process sure to delay the installation of new solar and wind facilities, but there is also substantial local opposition to the installation of transmission lines that must accompany the construction of new energy-generating operations, leading to chronic shortages and huge productivity losses.

The fundamental constraints still apply, no matter how hard California Governor Newsom, President Biden, and multiple lobbyists in Washington attempt to hasten the introduction of electric cars. These cars have to be charged somewhere and at some time, and yet for years to come intermittent sources like sun and wind will not be sufficient to supply the electrical grid. That point was driven home in the recent heat wave in which   Newson, even as he sang the praises of electric vehicles, also had to declare a state of emergency in which he implored individuals not to charge those electric cars until the heat subsided. The blow is hardly softened by demands that thermometers be set above 78 degrees, lights be turned off, and appliances remain idle during the peak load period in summer between 4 p.m. and 9 p.m.

All these policies generate profound inflationary pressures as the price for natural gas and other fossil fuels soars in the United States, Britain, and Continental Europe, just as the respective regulators slow-walk the addition of new fossil fuel supplies that are needed now, not five years from now, to solve the shortages. There are incorrigible pro-renewables analysts who “see the current crunch as good reason to speed up the shift off fossil fuels, not slow it down, with unsteady supplies and unpredictable prices lining up as one more reason to get the transition done.” But the source of this instability is not any sudden inability of fossil fuels to supply steady and reliable energy on demand, as they have always done. Instead, it comes from administrative and regulatory tangles, including the planned disruption of pipelines and tanker construction. The correct solution is to: (1) remove the regulatory inhibitions; (2) beef up the production of these fuels, which will lower energy costs today; (3) reduce the inflationary pressures that high energy costs bring; and (4) stabilize foreign relations in order to reduce the impact that Russian leader Vladimir Putin can cause by withholding, and perhaps destroying, energy supplies needed everywhere else.

There is, of course, every need to reduce pollution from fossil fuels, just as the same imperative applies to renewables, the latter of which receive both cash subsidies and blanket exemptions from safety regulations, and face liability for their pollution damage. But the extreme approach that involves shutting down the most efficient sources of fossil fuels (which become more efficient over time) in order to expand the footprint of wind and solar will cause fierce inflationary pressures. Such pressures will compound the new inefficiencies that hound finance, banking, and employment. Altering the money supply won’t stop this hemorrhaging, but sensible regulatory policies might.