Monday was the 65th anniversary of the launch of the first satellite, Sputnik 1.

It has been called the “shock of the century.” This shock grew over the next few days and was a major crisis for the Eisenhower Administration. For the people working on the Minitrack tracking system of Project Vanguard, there was the problem that it was set up to track satellite signals at the International Geophysical Year approved frequency of 108 MHz. Sputnik sent out signals at 20 and 40 MHz. Thus, the Mintrack system needed to be modified ASAP. Marty Votaw worked for my father on this. He recalled in 2008:

The Vanguard program was run on paid overtime from the beginning of the program. On Wednesday [October 2nd, 1957] at work, a memo came out that said there will be no paid overtime after Friday. And I thought “Phew!” we are going to get some time off.  And Friday came, I went home from work tired, and, we had company that night, I sat down to dinner and the phone rang.  And Roger [Easton] says, “They launched Sputnik.” And I said, “Good, now we know what can be done.” He said, “You don’t understand; we’ve got to track it.”  And I said, “Can I eat supper first?”  He said, “Well, yeah, but come back right afterwards.”

And we worked the next three days without going home. We would go to Blossom Point [where the nearest Minitrack station was located],  we made 40 MHz antennas, we had to set up new antennas for each of the mini-track sites, just a di-pole in each one, and we had to run the cables, and these things are a 100 yards apart, or something, and they had just plowed the fields to get rid of the weeds and it had rained and it was mud and we would go out and work and get these cables laid and get the antennas stuck in the ground and we would get tired and somebody would bring us food and we would eat and we would go back and work some more. Then, we would get tired. We would come back and take our jackets off and roll them up for pillows laid down on the floor of the trailer or the house, or whatever it was, and we would sleep a while. And after three or four hours we would wake up, put our coats on again, and go out and do some more.

And we finally got antennas hooked up and Vick Symus, he was the receiver specialist, so he had to take a mini-track receiver and he had put in a multiplier to get the 40 MHz up to 108. So he got that done, so we had receivers ready, and we began tracking the signal as it came over. And we would get these long strip charts and Roger would say, “Come, on. Let’s take them to the computing place.”  IBM had set up a special computer center and we would go and knock on the door and they wouldn’t let us in, but they would take the records. As I remember, we did that for two weeks.

And, after three days, we got to go home and take a shower and then we went back to work. So, we were working hard throughout the program and there was never any unpaid overtime. The Sputnik launch overtook the memo. So, the stories about a space race, arrived in the newspapers and it was not generated by anybody at NRL. It was not supported by anyone at NRL. NRL’s responses were always based on the program inside and they were always full speed ahead. So, the space race is not a subject that fits into an NRL discussion. Period. 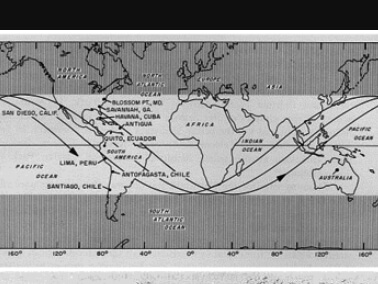 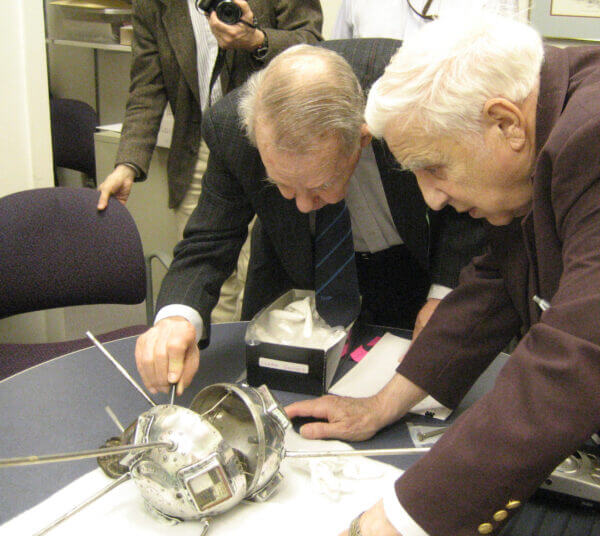