Mrs. Blandish. There it is, complete—— [Reads conceitedly. More

“America’s present need is not heroics, but healing; not nostrums, but normalcy; not revolution, but restoration; not agitation, but adjustment; not surgery, but serenity; not the dramatic, but the dispassionate; not experiment, but equipoise; not submergence in internationality, but sustainment in triumphant nationality.” – Warren G. Harding, May 14, 1920 More

As we sit and lament two thousand twenty
Disease, riots, crackpots a-plenty
You might have avoided this verse in the long run
Had the days of July not been thirty-one

That should take care of the doggerel. So now let’s turn to Tweedledum and Tweedledee for some better “nonsense.”

END_OF_DOCUMENT_TOKEN_TO_BE_REPLACED

Fishing bores me. I hate the taste of fish, so I would just be torturing the critters. Sure, I could sit in a boat or on the shore all day, maybe with a book. But fishing? It reminds me of Mark Twain’s description of golf, “A good walk spoiled.” And movies? Generally I had rather […]

Well, it was a great month for the Quote of the Day: 01-July Arahant—Agnes on the Cowcatcher More 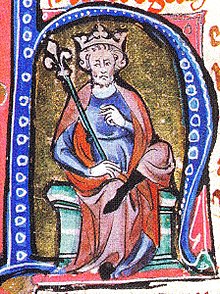 END_OF_DOCUMENT_TOKEN_TO_BE_REPLACED

Myron J. Ferch is not a household name, perhaps even among the Ferches. But Myron Ferch served as a private from 1941-1945 in World War II, notably in Papua New Guinea. He wrote a slim book of poems, Wartime and Other Poems. The cover shows him and his dog in front of a sheep wagon (Myron was from McCone County in Montana). His niece, Sally, owned a copy, signed by the author and autographed, “To a very nice niece. I hope your trail is a pleasant one.” Sally gave the booklet to her daughter, who gave it to me.

Myron set his down his war experiences in verse. I’ve chosen this one to share, entitled “The Letter from Mother”:

END_OF_DOCUMENT_TOKEN_TO_BE_REPLACED

Reflections on a Divided Nation: In 1913, the 50th anniversary of Gettysburg, aging veterans were asked to re-enact Pickett’s charge and the Union defense. Instead, the grizzled, doddering and short-of-breath survivors hurried–as best they could–to meet between the lines and embrace their old enemies. All of those men are long dead now. So too, it […]

Upheavals in life often leave us running, at once, for the new and the old. Unconfirmed reports say that I may have cut seven inches of my hair off, four days before flying home for the first time in almost eight months. I also may have downloaded two Longmire novels to my phone, and the second book of Winston Churchill’s The Second World War series to my Audible app. Tomas Tranströmer has played much the same role in my life, a touchstone for times good and bad, new and old. Laying in bed listening to a recitation of one of his poems a few nights ago was what inspired me to write this post initially.

While winning a Nobel Prize would be a breathtaking gift to most poets, for Tranströmer this attracted no small amount of criticism. As he was Swedish, some critics said, his mediocre poetry was being honored by a sense of national pride rather than for its merits. To me, this is complete stupidity. The Swedish former psychologist deserves far more attention than he gets in the English speaking world, for the beauty of his wordcraft and the profundity of his message.

END_OF_DOCUMENT_TOKEN_TO_BE_REPLACED

“If you make people think they’re thinking, they’ll love you; But if you really make them think, they’ll hate you.” — Don Marquis

Today is the 142nd anniversary of Don Marquis’ birth. How are you celebrating? Perhaps a bit of Archy and Mehitabel? Perhaps the Old Soak? Gutenberg has a few of his works.

END_OF_DOCUMENT_TOKEN_TO_BE_REPLACED

Over the past two months, we have considered music and poetry of varying sorts and qualities. In August, we will do the same with moving pictures and fishing. Hey you! Yes, you. Each month, Ricochet members like you share a few thoughts, a bit of knowledge or creativity, playing off a theme. Sometimes it is […]

To the beat of muffled drums 8,000 negro men, women and children marched down Fifth Avenue yesterday in a parade of “silent protest against acts of discrimination and oppression” inflicted upon them in this country, and in other parts of the world. Without a shout or a cheer they made their cause known through many banners which they carried, calling attention to “Jim Crowism,” segregation, disenfranchisement, and the riots of Waco, Memphis, and East St. Louis.—The New York Times, (A Former Newspaper) 29 July 1917

END_OF_DOCUMENT_TOKEN_TO_BE_REPLACED

Ogden Nash is one of my favorite poets and he was a master of doggerel. I love his short verse, such as:

A sardine’s life is bland.
And when on land,
They’re canned.

END_OF_DOCUMENT_TOKEN_TO_BE_REPLACED

I’ve lost count of the times I’ve heard Leftism compared to a religion. It’s a fairly common reference, and the evidence is common to see. Obviously, Leftist revolutions tended to create cults of personality, Stalin and Mao most notably. There’s also a long train of martyrs to the Left, from Revolutionary France until now. Surprisingly, many Christians don’t seem to have gotten the message — consider the Social Gospel and the Liberation Theology movement — but the hostility always resurfaces.

END_OF_DOCUMENT_TOKEN_TO_BE_REPLACED

Society is like a stew. If you don’t stir it up every once in a while then a layer of scum floats to the top. Edward Abbey More

[ Note: I posted this once before, and then I somehow messed it up, and it got deleted. So, if it sounds familiar — it is.] Thirty years ago, on August 2, Saddam Hussein invaded Kuwait. I was driving up to Wyoming with my five children, ages 6-14, to a family reunion of my sisters […]

As a structural engineer, I spend a considerable amount of time each day thinking about things falling down. That may seem like an unusual mindset, but it’s critical in a systematic approach to structural integrity. If you don’t anticipate how a structure can fail; you can’t institute designs to address them in advance.   In […]

People are like stained – glass windows. They sparkle and shine when the sun is out, but when the darkness sets in, their true beauty is revealed only if there is a light from within. —Elisabeth Kubler-Ross Elizabeth Kubler-Ross knew a lot about living and dying; she was well-known for her studies on the stages of grief. I appreciate her simile of the stained-glass window for a number of reasons. It points to the human soul, its complexity and beauty. Like the stained-glass window, our own inner loveliness or ugliness is revealed, depending on the light we allow in; that is, those times we try to be transparent, to let others see who we are, when we allow ourselves to be illuminated, revealed and understood.