This may too early a start for the latest hurricane bearing down on Florida, but the last time we had a major threat of a hurricane that hit some of the state pretty hard, one of our Rico members put up a post so that the many Floridians who were impacted could regularly update us (assuming they could get online). 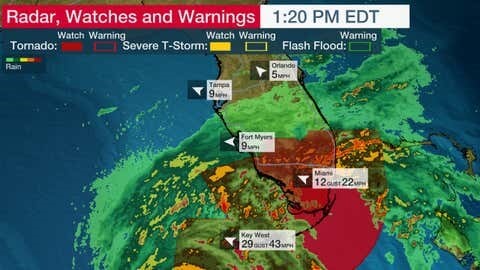 As of 1:30pm, Tuesday, this came from weather.com:

T​here remain uncertainties regarding exactly where and when Ian will move ashore in Florida. But there are trends in this forecast that are important.

S​econd, a sooner landfall would mean a stronger hurricane landfall, at least at Category 3 intensity, as wind shear wouldn’t have enough time to degrade it somewhat. T​his increases the danger for southwest Florida, including Charlotte Harbor and Fort Myers.

T​hat said, a track near the left (west) side of the cone below could still be a near worst-case storm surge scenario for the Tampa-St. Pete-Clearwater area.

Regardless, Ian will be a large and dangerous major hurricane as it approaches the coast with life-threatening, major impacts.

We’re bundled up and tied down, and just have to fill the bathtub. We are in Central Florida, Polk County, and expect to get lots of rain and wind. I have to admit I’m a bit nervous, but there’s nothing much else to do but wait and see.

If anyone else in Florida would like to report in, please do.