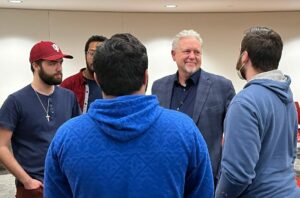 Max (not his real name) was worried. “I just don’t know if I’m a good enough writer. I don’t have any confidence that what I have to say makes sense.” It was a private conversation between a student and a professor. I pointed at the projection screen. “Whose paper did I just show to the class?” A few moments earlier, with his permission, I had shown his written work as an example to everyone. My voice conveyed serious generosity. I did not give him the opportunity to respond. I clapped him on the shoulder and announced, “You got chops, man! Hear me when I say, ‘You’re a good writer!’” A sheepish smile spread across his face. Max just needed encouragement. No matter what a student writes about, my job is to come alongside to inspire. 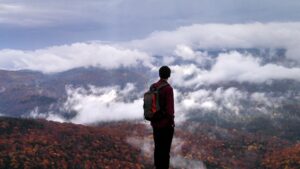 One undergraduate wrote about race cars, another about near-death experiences. Someone else regaled the benefits of “man’s best friend,” still a different student reported being a victim of a DUI. A critique of Barbie dolls was the premise that questioned artificial beauty standards imposed on young women. Defending and uplifting the art world was accomplished by a masterful dialogue paper where promotions and objections were all considered. “Reduce, Reuse, Recycle” was well presented. Getting children outside to play, removing the constant use of “screens” by primary ages, warned against electronic stimulation on a child’s brain. BDSM used as a therapeutic tool was the resource promoted by a person who seemed to speak out of personal experience. Social stigmas related to masculinity, specifically, how men could dress in dresses, was a paper that spoke to the subject carefully while giving examples from his own personal life. Should “one nation under God” be in the Pledge of Allegiance? Should church leaders be celebrated? Interests span a wide range in a public university freshman class. 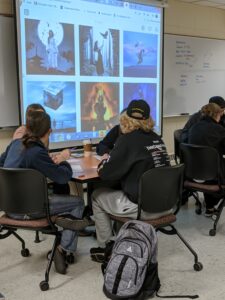 The subjects are as varied as my students. One young man, a Chinese American, recounted the diligence of his parents to work 14-hour days so that he might have a better life growing up in America. One young woman, a Mexican American, berated her parents, loathing her life, for the expectations placed on her by a couple who worked long hours so that she could go to college. Another woman struggled with the negative, repressive teaching she received from her church about sex and her slide into sexual freedom that caused her great pain. One more teenager spoke out about the imposition employers laid on young workers, requiring additional hours of labor for substandard pay. A young man gave acclaim to his father who had taught him the wonder of caring for wildlife. Another man questioned the overriding, negative impact that virtual reality could have on perceptions of the real world. And a young woman, obviously hurt by flippant words, reprimanded her own generation’s use of “texting” as a communication tool.

One person wrote, “I want you [the general public] to know how it feels to grow up as a Hispanic in America.” Hers was a recounting of grievances, slights, and discriminations, that she had witnessed in her life. I write quite a bit on each submission. Here was how I responded, in part, to her paper:

______, thank you for your passionate consideration of what it means to be bilingual. I have always considered people who speak multiple languages some of the most intelligent people I know; they can cross not only linguistic boundaries but cultural communities. I view your situation in a positive light. You have something those who are monolingual do not – an appreciation for nuance and cultural consideration. I have a very good friend who immigrated from Guatemala. He tells me of his struggles to learn another language and another culture. We just spoke the other day. He recounted how thankful he was for living in this country with its multiplicity of benefits for so many people. He recounted for me the many, many times I helped him with his English so he could write his papers for a master’s program. He is now considering a PhD program. I wish all of this for you. Each one of us must conform to whatever “system” we are in; you do as a student of IUPUI, I do as an adjunct professor. We all navigate ideals, even “languages” that are not our own. We will do so the rest of our lives. If everyone “spoke anything they wanted,” as you have suggested, imagine the difficulty of communication. I hope that you will find the benefit of being “multi-” over “mono-” as a profitable step for your future. I have no idea about what you went through coming to the U.S. I hope that your experience of connecting to another culture will prove a boon to you. You have something few have in this culture, and I wish you well in your exercise of it. Your insights are not lost on me. 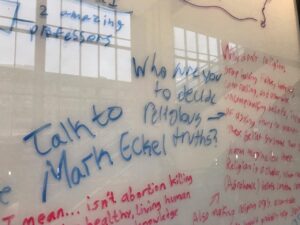 Anyone reading my above comment can see that I want my student to consider alternatives. I want my students to learn universal truths; in this case, responding to difficulties in life now, will be how you respond to difficulties in life later. Teaching for me is not relegated to departments, classes, lessons, or instructions. Sure, I teach English. But I am first and foremost a teacher. So, I teach. No matter the situation, I teach. A “professor” is a person who “professes.” I profess – not proselytize – what I believe. Every professor, professes. If I were to simply read a paper and comment on grammar, I would display disinterest in my students; to me, an educational slap in the face. Student subjects of interest become my subject of interest. Why? Because I care about students. 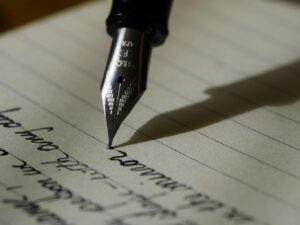 One paper raised the question about “near-death experiences” (NDE). Because death is something everyone encounters and should prepare for, I introduced the writer to a Liberty University professor who has extensively researched the NDE phenomenon. “What it Means to be Human” is the title of an essay expressing a desire to help people by creating a relaxing place to congregate for conversation. It was heartening to see the others-centered response from a young woman who had been assaulted the semester before. “Rape” was the subject of another paper by a student who advocated abortion in situations of sexual trauma, assuming “choice is everything.” In contrast, there was a young woman who was celebrating her big family, a decidedly “pro-life” perspective. My comments on every paper pressed students to consider other points of view. 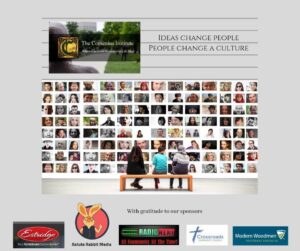 If there was one paper that left me slack-jawed, it was the writing of a young Christian man. In choosing a topic, he had hit on the idea of explaining why he goes to church. As we discussed his work one day, I asked what had driven his interest to write about the reason for his faith. His face brightened; a big smile replaced the serious expression of writing revision. “My *peer reviewer is Max” (the man above, who has “chops”). “Max is not a believer,” my Christian student continued, “I’m writing the paper as a witness to him.” I have many stories to tell about my teaching in public university. But a student who is intentionally explaining his belief for the benefit of his peer, well, that story is in a category all its own. My philosophy of teaching is about “owning” what you believe. If you own what and why you believe, your communication of ideas will change people and by so doing, change the culture.

*[Our process in English is to have partners or peers share their work with each other to give encouragement as well as constructive criticism.] 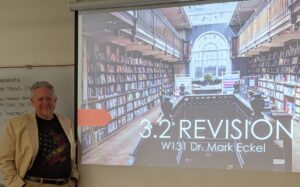 These thoughts are from the Spring 2022 semester of my teaching at IUPUI first published here. If there is one truth that summarizes all my comments above, it is, that I love my students. To support the writing and videos at MarkEckel.com, you can donate here.