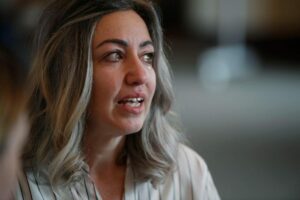 Radonda Vaught is a scapegoat.  Nurses everywhere are in revolt.  If you thought nursing was in trouble before (projected healthcare worker losses in the next 5 years are around 45%), nurses are choosing to quit based upon the precedent in this case.

Let us start from the beginning.

Radonda Vaught was a graduate of West Kentucky University, an experienced ICU nurse, preceptor, and leader at her hospital Vanderbilt University Medical Center.  She had been employed there since 2015 with no previous incidents. She had a clean license and practiced as most nurses do; at the bedside at a hospital. One day, she was caring for her patient Charelene Murphey who was a 75-year-old with a brain bleed (technically a subdural hematoma). The medication error occurred on Dec. 26, 2017, when she was scheduled for a PET scan but was found to be incapable of lying still long enough to endure the study.

As was policy at the time and while precepting a trainee, Radonda overrode their Pyxis machine to grab versed (a sedative agent) and instead grabbed vecuronium (a paralytic agent). While practice is different everywhere, it seems that it was very common for them to give versed to patients undergoing tests if they had claustrophobia. Most hospital policies require the nurse to monitor the patient when being given a sedative, though some allow for the sedative to be given, the patient to be monitored for a short period of time (5 minutes or more), then sent to testing. All of this would depend on the doctor’s orders, the hospital policy, and common practice.

The patient appeared to the nurse to be comfortable and resting with her eyes closed. 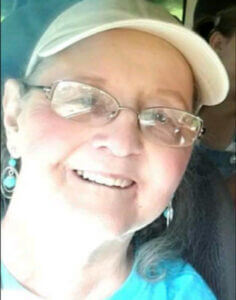 Charelene Murphey was then sent to the PET scan unmonitored (no cardiac monitoring, no respiratory monitoring, no nurse to monitor her while in the scanner) as was ordered by the physician. Presumably, people transported her there and lifted her paralyzed body onto the gurney and into the scanner. Presumably, those people also had opportunity to notice that the patient was not breathing. However, this was apparently not the case as it has not been discussed in any articles that I have found. There are few details regarding the experiences of the transporters and radiology team, as I expect the hospital has made their position very clear to any employees involved in the case.

The patient underwent the PET scan and went into respiratory arrest, leading to cardiac arrest and anoxic brain damage. They were able to perform CPR and get a regular heart rhythm, however, 12 hours later the family was told that she was effectively left brain dead. They decided to withdraw treatment at that time.

On December 27 at 1 a.m., Charelene Murphey was declared dead.

One can look at any licensing board if one enjoys looking at disciplinary actions and causes.  Nurses, physicians, pharmacists, and other practitioners regularly have their licenses suspended or removed given various grievances.  When convicted of a crime, one may also lose their license since they usually require federal clearance in order to practice.

Having professional newsletters delivered regularly, my family is privy to a number of the details of these cases.  In discussion with my father (California Pharm D. for almost 45 years now with a current license), he was quite shocked about Vaught’s discipline.  Given how often physicians and pharmacists give the wrong doses, mix the wrong medications, and perform pretty egregious oversights and wind up with merely a suspended license, rather than criminal charges, he was shocked.  He was not familiar with the case, but will be providing me his opinion in short order (once he has a minute away from caretaking duties).

I have to agree.

I have seen doctors, personally, do things that I would question.  They are still practicing.  To my knowledge, they have not been suspended.  Some have been sued in civil court, but have defended their practices fairly well.  A number of them are wrongfully accused of negligence.  A number of them are never accused at all.  Frankly, that surprises me sometimes.  I have never heard of a physician having criminal charges pressed for a genuine error that was not made while under the influence or so grossly negligent that it was criminal.  It is so rare that when googling, I came across only one article which references NYT back from the ’90s.

Nurses are a fractious lot.

We do not often pull together.  Despite the pandemic, nurses still had their dividing lines: masking/no masking, vaccines/no vaccines, shutdown/life as normal, politics, unions/anti-union, abortion, euthanasia.  Even other more petty dividing lines: day shift vs. night shift, outpatient vs. inpatient, floor nurses vs. emergency nurses, ICU vs. emergency, doctors vs. nurses, old nurses vs. new grads, nurses vs. other nurses.

As I said, there is a whole lot of infighting.

It is astonishing that nursing organizations, which rarely unify for the best of nurses and instead are usually just political lobbyists, have released statements in support of Radonda.  Even the ISMP (Institute for Safe Medication Practices) President was quoted in an article regarding the various systems errors that had to occur to even allow Vaught to make the error.

Nurses everywhere are second-guessing their choices in career.  As this is becoming a bit of a trend, nurses are turning in their badges.

Pay that does not keep up with inflation.  Impossible standards for patient care.  No time for personal care.  Inability to perform up to one’s standards due to patient pressures, staffing, and administrative demands.  And now criminal culpability for honest mistakes?  Even when there is no attempt to obfuscate?  Malpractice insurance does not cover criminal charges and nurses do not make enough to retain an attorney just in case a DA determines that they need an easy win to pad their prosecution record.

Nurses are not just leaving for their sanity.

Now they are leaving for their freedom.

Somewhat related: Radonda Vaught is also being charged with perjury for incorrectly filling out paperwork to receive two rifles.  She did not indicate that she was under indictment for a felony, which would have made her ineligible to receive the weapons.  Her husband and she own a hunting business.  She has been noted as a supporter of 2A on social media.  Had she taken the stand, the DA intended to question her honest and integrity in this matter.

Articles of interest on the case or about nurse malpractice: