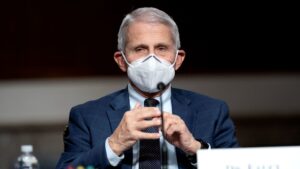 America’s response to the COVID-19 pandemic was possibly the most consequential public policy blunder in our history.

The enormous costs included $5 trillion or so in unproductive federal spending, inflation, reduction in our standard of living, and permanent economic damage that will be felt for generations to come.

There was massive learning loss and the specter of loved ones dying alone. The incidence of depression and drug addiction skyrocketed. Businesses were shuttered while many Americans seemingly lost their work ethic.

Join Jim and Greg as they discuss the FBI searching Biden’s Delaware beach house for classified documents today and reports that the Democrats on the Senate Intelligence Committee are getting increasingly frustrated at the lack of information coming from the Justice Department. They also shake their heads as the HHS inspector general concludes the National Institutes of Health failed to keep close tabs on the gain of function research done in Wuhan and elsewhere that was paid for with taxpayer-funded grants. And they sigh as former Maryland Governor Larry Hogan strongly hints that he will run for president in 2024, even though there’s very little chance he will make any ripples in the campaign at all.

Joe Selvaggi talks with Pioneer Institute’s Senior Fellow Dr. Bill Smith about the changes to drug pricing laws included in the recently passed Inflation Reduction Act. They discuss the legislation’s provisions, and who wins and loses as drug companies announce their response to the new law.

Jim and Greg give credit to CNN’s Dana Bash for asking tough questions of the three House Democrats House Speaker Kevin McCarthy wants booted from their sensitive committees – and their answers were rather unconvincing. They also react to the latest “Twitter Files,” exposing the powerful left-wing group Hamilton 68, which declared many Twitter accounts to be Russian bots or peddling Russian disinformation, when the vast majority were real people who just disagreed with the left’s narrative on various issues. Finally, they react to President Trump’s bizarre accusation that Florida Gov. Ron DeSantis locked down his state far too long during the COVID pandemic, when the evidence is strongly to the contrary, and discuss why Trump is pursuing this line of attack.

I believe that abortion is infanticide.  Perhaps technically a child needs to be born to be an infant, but I don’t see a discontinuity between a living human being in the womb and a living human being outside the womb.  We are all in a continuum from conception to aged death, from the inception of life to our last breath.

But I acknowledge there is a linguistic precision between a fetus and an infant.

Lisa Marie Presley, singer-songwriter and daughter of Elvis and Priscilla Presley, has died. She was 54. “It is with a heavy heart that I must share the devastating news that my beautiful daughter Lisa Marie has left us,” Priscilla confirmed in a statement to PEOPLE Thursday evening. Preview Open

Are you or a loved one experiencing a medical coincidence? Preview Open

There was a post recently reviewing some AZ election court cases. In the comments, there were several remarks about how people reacted to Covid. People; not institutions. In the context that yes, the election was a bit hinky, but that was due to the deadly pandemic. I’m not quite sure whether what I’ve written here […]

Asking for my 78.5 year old wife that gets no exercise, is sick and tired of dieting and has gone from 360 to 210 by virtue of (edit: at the) first, diligently following a very low carb diet and second (edit: after that), keeping calories below 1100. But since the end of August has, although […]

This year brings an extra edition of the Martini Awards! Today, Jim and Greg offer up their choices for biggest political liabilities in both parties. Then they discuss the best non-political story of 2022 and their favorite personal stories of the year. 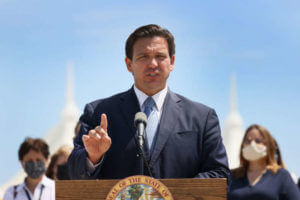 For the last two years we’ve watched Gov. Ron DeSantis fight the establishment regarding the many mandates, misinformation, and censorship regarding Covid. He is still viewed with disdain as people continually reject his efforts to look out for the health and safety of the people of Florida. Now he is acting to hold the manufacturers and others accountable by petitioning the Florida Supreme Court to impanel a Grand Jury:

‘They said there was [sic] no side effects,’ DeSantis explained at a private event over the weekend. ‘We know that there have been, and there have been a lot.’ While the Centers for Disease Control and Prevention has acknowledged that inflammation of the heart tissue occurred ‘rarely’ following mRNA COVID vaccinations, DeSantis claimed during the same event that ‘We did a study in Florida, and you saw an 86 percent increase in cardiac-related activity from people 18 to 39 from mRNA shots.’

During his event on Tuesday, DeSantis insinuated that the grand jury push was, in part, an effort to make public various reports regarding vaccine efficacy and side effects which manufacturers like Moderna and Pfizer had previously kept private. ‘We’ll be able to get the data whether they want to give it or not,’ DeSantis vowed.

The data regarding cardiac effects of the Covid “Jibby-jab” are very clear.  Cardiac deaths post-jab have been constant, and seem to be increasing.  Below are some articles about this. Here, Here, Here, Here, and Here.  The first linked article is from the CDC. Preview Open

Like our Dr. Jay, the two men who have fought long and hard to overcome censorship in order to tell the truth are back on Twitter. Dr. Robert Malone and Dr. Peter McCullough. The Twitter Files on Covid are coming soon and promise whoppers. BREAKING: Twitter has restored the accounts of Peter A. McCullough and […]

First, it was the prescriptions:

A few years ago it seems that insurance companies decided that they will determine when you can get your prescriptions filled. I would go to the pharmacy and ask for a prescription to be refilled and they would inform me that I cannot have it filled for so many days. Why not? My health insurance company says so. Really? My doctor and I cannot decide?

If you’ve never heard of this guy, good for you. I was in Washington, DC last May for Police Week, and spotted it teetering across Lafayette Park on fluorescent high heels. “Hey!” I blurted. “I know that guy!” Preview Open

The story at MyNorthwest is about the Covid response website that Washington State is “decommissioning” this week due to the pandemic being “over” and low traffic. So now, if you want Covid information, you go to the Department of Health to get your (mis)information. This quote is from the DOH site, emphasis mine.

Everyone six months and older should be vaccinated for influenza and COVID-19 to lower the risk of transmission and serious illness. If you have already been vaccinated against COVID-19, make an appointment now to receive your booster.

In the last election, a majority of voters in Oregon chose to add a right to affordable healthcare to the state constitution, the first state in the nation to do so. It is short and simple:

SECTION 47. (1) It is the obligation of the state to ensure that every resident of Oregon has access to cost-effective, clinically appropriate and affordable health care as a fundamental right.

Candace Owen brings forth a spectacular discussion in her interview with Dr Stella Immanuel. In this insightful re-cap of the horrendous criminal behavior insisted upon by Syndicate of  Cabal Members Fauci and Gates, most doctors in 2020 refused to fight the New System of “Science” and instead went  along with the murderous decrees. Preview Open