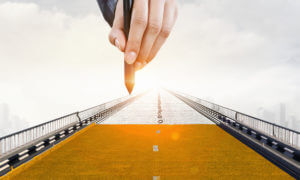 As sanctions cripple the Russian economy and Ukraine bravely holds its own against Putin’s onslaught, it’s time for the West to prepare for a pivot. And they should do so by taking the advice of a 19th-century Russian general.

In 1812, Napoleon launched a full-scale invasion of the Russian empire, expecting a few big wins would force Czar Alexander I to capitulate. It had worked with other European leaders; should be wrapped up in a couple of months. But the old, obese, one-eyed General Mikhail Kutuzov had another idea.

As the invasion began, Napoleon took Smolensk, along with significant casualties. A victory nonetheless. He marched toward Moscow, adding far more French casualties (especially from disease). But he was still on the move. Kutusov and his generals heroically fought him at Borodino, about a day’s march from Russia’s old capital. They essentially fought the French to a draw in the bloodiest battle of the Napoleonic Wars, but surrendered the field and moved east of Moscow. A Pyrrhic victory for Napoleon, but technically a win.

Finally, Napoleon arrived in Russia’s largest city to find no one but a remnant of the elderly, infirm, and vagabonds. He took the largest city in Russia; the Czar was sure to capitulate, right?

Napoleon’s repeated demands for surrender went unanswered. Several weeks later, the first snow flurries fell, and Napoleon realized he had to get back home. 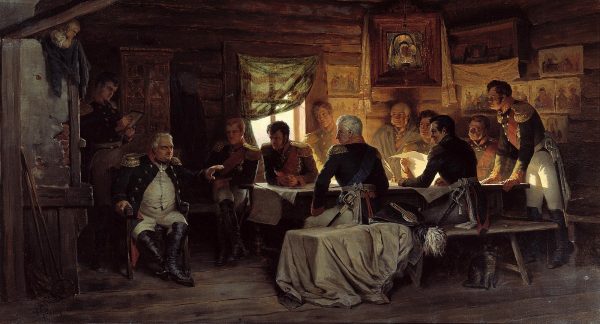 Kutuzov at the conference of Filii decided to surrender Moscow to Napoleon. Aleksey Kivshenko (1851–1895)

Kutuzov wasn’t trusted by a lot of his glory-hound generals or his chivalric czar. Alexander was furious Kutuzov didn’t put up a fight-to-the-death for Moscow. But now was the general’s time to shine. Time to build a golden bridge.

“I prefer giving my enemy a ‘pont d’or’ [golden bridge], as you call it, to receiving a ‘coup de collier’ [blow born of desperation].” — Gen. Kutuzov

Kutuzov refused to engage in large battles until he was sure that Napoleon was safely out of the way. Why trap the French Guards in Russia and create a life-and-death struggle for the Russian army?

His subordinate, Gen. Mikhail Miloradovich explained the strategy to a vengeful underling desperate for a glorious set-piece battle:

“The old man’s view is this: if we incite the enemy to desperation, that will cost us useless blood: but if we let him run and give him a decent escort he will destroy himself in the course of a few days. You know: people cannot live on air, snow doesn’t make a very homely bivouac and without horses he cannot move his food, munitions or guns.”

Kutuzov knew that his best weapons weren’t cannons or Cossacks, but the brutal Russian winter and the vastness of the empire. Napoleon was 1,500 miles from Paris; he had lured the French emperor far, far from home. His troops were sick, hungry, and demoralized.

As officers drew up plans to surround the French, Kutuzov knew that the path to victory was getting those foreigners the hell out of Russia.

They cleared the main road back to western Europe and blocked other routes. As the French trudged through mud, then snow, then ice, they were cut down from behind and on either side by ruthless Cossacks. After they had abandoned gear and ate their horses, even more French soldiers died sick, frozen, and starving.

Charles Minard’s 1869 chart showing the number of men in Napoleon’s 1812 Russian campaign army, their movements, as well as the temperature they encountered on the return path

Back to 2022. For the time being, Ukraine should keep fighting like hell. The West should keep sending arms to Zelensky and ratcheting up the sanctions. At this point, the war is far closer to Smolensk than Napoleon’s retreat.

But wise minds in DC and European capitals should be drafting blueprints for a Golden Bridge. Trap Putin on every side except one red-carpeted pathway to withdrawal.

Russia certainly won’t face a snow- and disease-ridden retreat, but this bridge is more about soft power than military destruction.

The longer Russia remains in Ukraine, the more deaths on all sides, the more foreign mercenaries flood the country, the bloodier a grinding insurgency. That won’t help anyone, least of all Ukraine. Direct Putin, his senior advisers, and his generals to some type of face-saving exit.

Putin isn’t ready to abandon the field now, not by a long shot. But western allies better be planning what to do a week from now, maybe three. Seduce some oligarchs with promises that sanctions could be lifted upon a retreat. Impress a general or ambitious politician that maybe Russia would be better off with new leadership.

Military history doesn’t give us much hope of a happy, peaceful conclusion. We still should try to convince Russia it’s in their best interest. The potential for a financial collapse and a power struggle creates a whole new set of challenges (see: Republic, Weimar).

Russian paranoia about the West isn’t limited to Putin but is common among his people. Make sure the punishing sanctions are blamed on the autocrat, not the US or EU. Offer a gilded off-ramp festooned with olive branches to make a retreat as easy as possible.

Today remains the time for force but we need to start building that golden bridge. Putin may refuse to cross it but, hopefully, those who care about Russia’s future choose the pont d’or.