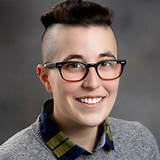 Walker is the author of the book ‘A Long, Dark Shadow: Minor Attracted People and Their Pursuit of Dignity,’ which challenges ‘widespread assumptions that persons who are preferentially attracted to minors—often referred to as ‘pedophiles’—are necessarily also predators and sex offenders, this book takes readers into the lives of non-offending minor-attracted persons (MAPs).’

I find this effort unconscionable. And yet in these days where every norm is subject to distortions, condemnation, and irreverence, we shouldn’t be surprised. Our world of right and wrong, good and bad, moral and immoral has been turned upside down, and too many people now believe that any people who are “oppressed” are entitled to special treatment.

But they are not.

Spencer Lindquist who wrote the linked article in the Federalist made this powerful point:

Yet again we witness an instance of the left siding with the oppressor while pretending to advocate for the victim, this time under the guise of academic inquiry. One has to wonder if Walker has ever considered that our sympathies should lie not with pedophiles who don’t appreciate being called what they are but instead with their victims. Walker’s book intends to help pedophiles pursue dignity. How does a child robbed of his or her innocence pursue his or her sense of dignity?

The magnitude of the problem is not well understood. In addition, the long-term effects on children are staggering. And then there are the international organizations that have been openly supporting child sexual abuse.

There has been a petition posted, protesting this professor’s actions and calling for him to be fired. Given the times, I’m not hopeful for dismissal; to date, 1,500 people have signed.

An academic community plays a valuable role in the quest for knowledge. A vital part of this is being willing to consider scientific and other empirical data that may involve controversial issues and perspectives. Following a recent interview that gained national attention, Dr. Allyn Walker has released the following statement.

‘I want to be clear: child sexual abuse is an inexcusable crime. As an assistant professor of sociology and criminal justice, the goal of my research is to prevent crime. My work is informed by my past experience and advocacy as a social worker counseling victims. I embarked on this research in hopes of gaining understanding of a group that, previously, has not been studied in order to identify ways to protect children.’

Following recent social media activity and direct outreach to the institution, it is important to share that Old Dominion, as a caring and inclusive community, does not endorse or promote crimes against children or any form of criminal activity.

I expect that everyone will be reassured by the ODU statement.

The ongoing efforts to ruin the lives of our children are exhausting, and I see no end in sight. The effort to normalize pedophilia in any way is repugnant. We can only hope that someday, some time, wisdom prevails.