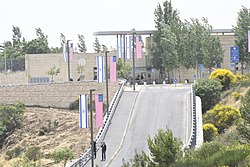 The Biden Administration is furious with the Israeli government for announcing that six NGOs are supporting the Palestinian Front for the Liberation of Palestine (PFLP). The EU is also wringing its hands. It just so happens that the US supports those same NGOs, and claims that Israel didn’t tell them in advance that they were going to publicize this investigation. (Israel says it did tell the US.) I guess the Biden Administration assumes that it could somehow have kept Israel quiet or pre-empted the country’s announcement with denials. The fact remains, though, that the US has known this information for a few years and doesn’t like to be called out for its questionable behavior.

So when we get past the finger-pointing, what makes this story so ugly?

First, the PFLP is one of the oldest terrorist organizations, and has acted many times over the years against Israel. The organization receives millions of dollars in support from all over the world. The NGOs that were identified are described below.

When Israel was condemned for the report they published, this was their response:

In response, Israel’s Ambassador to the United States and the United Nations Gilad Erdan said, ‘During my tenure as Minister of Strategic Affairs, I published a detailed report proving the connection between some Palestinian organizations and the Popular Front for the Liberation of Palestine terrorist organization, revealing how many of the organizations’ staff are terrorists with a history of involvement in terrorist attacks.

‘In response, the Palestinians were expected to continue their campaign of lies,’ Erdan said. “It is time for the UN to understand that the Palestinian ‘civilian’ organizations are a cover for terrorists and boycott, divestment and sanctions activities against Israel. These people are terrorists in suits.’

In other words, the US prefers to kill the messenger.

The organizations that were identified in the report were the Union of Agricultural Work Committees, the Bisan Center for Research and Development, the Union of Palestinian Women’s Committees, the al-Haq Organization, ADDAMEER-Prisoner support and Human Rights Association, and Defense for Children International-Palestine. All of them had staff affiliated with the PFLP. Each organization was investigated by the Shin Bet; the NGO Monitor has also documented the activity of these organizations, and most have several things in common. (For more details, you can go here.)

One NGO, DCI-P provides legal representation to teenagers appearing in Israeli courts. It also has five or six people throughout the organization that are active in the PFLP. Citibank and Arab Bank PLC also withdrew serving them in 2018 for their links to the PFLP.

A second organization of the NGOs is al-Haq, which identifies itself as a human rights organization. Its leader has been convicted of terrorist activities on behalf of the PFLP.

A third organization, Addameer, provides free legal services to Palestinians in Israeli prisons. Several of their staff members, including high-level staff, are connected with the PFLP.

Next, a previous executive director of the Bisan Center for Research and Development was sentenced to 12 months for recruiting activists for PFLP.

In addition, the UPWC is described as a “progressive mass feminist organization” on its website. Five people have been identified on the payroll of PFLP, and in the past was identified by Fatah as an affiliate.

And finally, the UAWC was formed to promote Palestinian agricultural development. Several of its members have been identified as affiliated with PFLP, and the PFLP has identified them as an affiliate.

People have asked whether it’s fair to condemn these organizations as supporting terrorists, when they have not formally declared their affiliation with them. Should the organizations be penalized for their employees volunteering or working with the PFLP?

Should these NGOs be held accountable for the actions of their employees who, in some cases, have already served time in Israeli prisons? Is it possible that the NGOs are not aware of their employees’ activities with the PFLP?

It’s important to note that the PFLP does not deny affiliation with any of these groups.

What is a typical response of the Palestinians? Some claim that this action is Israel’s response to legal action taken against the state:

The Palestinian Centre for Human Rights (PCHR) condemns in the strongest terms the Israeli decision and asserts that it is an obvious ploy to silence and end these leading organizations, who expose the occupation’s crimes, aim to prosecute them before international justice, and support Palestinian people’s resilience. PCHR warns that the Israeli decision is an attempt to provide legal coverage to persecuting these organizations, targeting their personnel, and liquidating them. PCHR holds the occupation fully responsible for the safety of these organizations’ staff.

They added the following:

‘The Israeli decision aims to undermine our work before the International Criminal Court at a very sensitive time, as serious investigations are underway into Israeli crimes. Israel is attempting to practice a Trump-era style of bullying, who issued an Administrative Order to prosecute any party that collaborates with the ICC in its investigations against the United States or Israel. This decision aims to uproot these organizations completely by drying their sources of funding by claiming linkage to terrorism. Unfortunately, we expect dangerous measures like confiscation of bank accounts, closures, travel ban. We also warn against the possibility of physical harm and liquidation.’

The ICC has made claims against Israel several times in the past for war crimes. Israel has never consented to their jurisdiction.

The Biden Administration, in its short tenure, has made it clear that they are not pro-Israel. The Administration insists on pursuing its agreement with Iran, although they are becoming skeptical about the practicality of that action. They insist on reviving the peace process, even though many Palestinians are not interested in that pursuit, particularly since they are becoming more disillusioned with Mahmoud Abbas every day. In spite of pushback from Israel, the Administration wants to establish a Palestinian diplomatic mission in Jerusalem, as well as encourage the Palestinians to send a diplomat to Washington DC. It also wants to restore funding to UNRWA (which was stopped by Donald Trump), even though the organization uses children in schools as body shields. And now the Administration is protesting Israel’s expansion of Jewish settlements in Judea and Sumeria:

We are deeply concerned about the Israeli government’s plan to advance thousands of settlement units tomorrow, Wednesday, many of them deep in the West Bank,’ State Department spokesperson Ned Price told a briefing.

‘We strongly oppose the expansion of settlements, which is completely inconsistent with efforts to lower tensions and to ensure calm, and it damages the prospects for a two-state solution,’ Price said.

To quiet the uproar from the U.S., Israel approved a total of 1,300 Palestinian homes, some of which have already been built.

Needless to say (I think), U.S.-Israel relations are tense, if not in jeopardy. And Israel is struggling with its own internal politics, which makes it unable to develop a consistent and strong position with the U.S.

Meanwhile, Israel’s Foreign Ministry and Shin Bet are sending special envoys to Washington DC to share the evidence of their conclusions about the six NGOs. I suspect they are also taking this action to deal with US embarrassment and its ruffled feathers.

The Biden Administration is determined to criticize Israel at every opportunity; and Israel is flailing in its efforts to clarify its relationship with the U.S. Israel should emphasize its sovereignty, since other U.S. allies don’t feel obligated (see Pakistan) to kowtow, but the current Israeli government is too weak to take that position.

It’s a mess, and once again, Israel’s in America’s crosshairs.