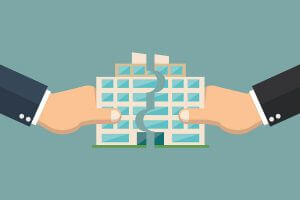 Modern progressive thinkers are united in their newfound determination to ramp up antitrust enforcement to respond to their perception of greater monopoly risks. Lina Khan, the new head of the Federal Trade Commission, spearheaded the agency’s decision on a straight party-line (3–2) vote to withdraw the revised Vertical Merger Guidelines the FTC and the Department of Justice had issued in June 2020. The reason: to combat the twin problems of rising prices and shrinking wages, without saying exactly how these means and ends are connected. That wage motif was even more prominent in acting head of the Antitrust Division Richard Powers’s assertion that any violation of the antitrust law is “just as irredeemable as agreements to fix product prices and allocate markets, conduct that the division has prosecuted for over one hundred years.”

Powell’s remarks did not arise in a void, but were inspired by a large body of recent scholarship that claims that powerful quantitative techniques induce large wage reductions through excessive concentration in labor markets. As in other areas, the antitrust violations could be of two sorts. First, competitors may explicitly seek to lower wages or divide markets, using, as in the tech industry, so-called “no-poach” agreements, as between different tech firms. Here, the issues of proof are relatively easy, because the needed evidence is all on the paper record, so that all that remains is to apply sound, well-established antitrust principles.

Often these “naked” restraints justify some combination of financial penalties looking backward and injunctive relief looking forward, just as in the market for products and services. But often a “rule of reason” analysis is appropriate to let firms explain why their behavior is efficient. For example, there is a constant risk that workers know the trade secrets or customer lists of their current employers, which they could easily carry to their competitors if allowed to freely shift jobs. The competitors can then improve their relative position by the cost advantage they obtain by using, without charge, valuable information generated by their competitors.

These concerns are sufficiently universal that some rough guidelines have long emerged to deal with these cases. Absent special circumstances, that protection lasts at most for a year, is restricted to the actual product lines of the former employer, and is geographically limited to areas where that employer has already done business. Longer prohibitions are generally regarded as contracts in restraint-of-trade, because the worry is less about the position of the employee, who might well receive a higher wage or some collateral benefit for agreeing to that restriction. Rather, the fear is that removing a competitor from the market reduces consumer choices in the various product and service markets. This balance is always delicate, because if too much weight is attached to the back-end consequences, firms might be reluctant to expand their business in the first place, knowing that their investments could be snatched away down the road.

Though larger antitrust battles involve these explicit practices, the second set of violations covers covert ones. In product and service markets, virtually all efforts to set prices and divide markets are done in secret to avoid the sting of the antitrust laws. Those efforts can succeed with some effectiveness in dealing with homogenous products in wide demand, such as oil or minerals: the sales volume is large enough to make cartelization a paying proposition, given the number of players needed for these schemes to work is small enough. The common law branded these arrangements as unenforceable contracts in restraint-of-trade and waited for them to fall of their own weight. With the passage of the Sherman Act in 1890, criminal punishment and treble damages raised the ante in order to speed up the process, thereby running the risk that erroneous prosecutions and private actions could undo much of the benefit of the antitrust laws, by blocking or slowing down efficient mergers.

For much of our history, the application of the antitrust laws to labor markets went in the opposite direction. From the earliest times, there was always some acceptance of collective bargaining over wages, terms, and conditions. But through all these twists and turns, courts and legislatures generally frowned on any efforts to use so-called secondary boycotts that targeted the suppliers or customers of a given firm with this threat: do business with a firm that we are trying to organize, and we will picket your entire business unless and until you cut off all relations with that targeted firm.

Oddly enough, progressive economists have little or nothing to say against these forms of union activity, even though they are highly anticompetitive. Instead, they look at the opposite side of the coin and address not what unions do to firms, but what firms do to unions. Thus, a common conceit among progressive economists and lawyers is that monopsony power—including that held by many large employers—allows them to depress wages by substantial sums, perhaps on the order of 10 percent in select industries. That hefty number does not ring true, because there is too much dynamism in labor markets, with high rates of worker turnover and mobility, and legions of firms offering huge inducements to land and retain skilled labor.

Yet, suppose that monopsony power was strong. It is literally impossible to impose an antitrust inquiry on thousands of firms. It would be suicidal to try to break them all up, and utterly unwise for the antitrust division to decree increased wage levels for thousands of occupations in many diverse markets, local and national—and perhaps global.

Thus, the one mistake of this line of thought is that it underestimates the complexity of labor markets.  In one stock example, we are asked to “imagine” a small rural community in which a few gas stations employ specialists to monitor certain gas pumping equipment. It is said that those firms have market power in that market—but why? First, if there is a limited pool of labor in some closed market, then the workers should have some leverage as well, especially unionized workers poised to bargain collectively. And second, there is no reason to believe that these gas stations hire as specialists workers who would be idle most of the time, when they can contract that out to independent contractors who may service firms in multiple communities to avoid inordinate levels of down time.

Hence, to keep any FTC antitrust initiative within manageable boundaries, it should be wary of doing what federal and state regulators have never done before: examine closely the effects of mergers on both product and labor markets to decide whether efficiency gains exceed monopoly (and monopsony) losses. That inquiry is feasible, if tricky, with product markets, by asking whether the merger of two oil companies or banks increases the concentration of a fungible product in a variety of geographical markets, and to propose, if needed, certain divestments in those regional or local markets where concentration levels are adjudged too high. It is, however, highly misguided to think that this standard merger regime works with equal dispatch in labor markets, when any large firm has thousands of workers with different backgrounds, training, and attitudes working  in a wide range of different labor and geographical markets, all of which are subject to inconsistent state and local regimes of employment regulation and taxation.

Many of these workers, moreover, have skills that are transferable across different industry categories, so it makes little sense to ask about the concentration of electricians in civil engineering companies, when these workers can take similar jobs working in the construction industry, which is characterized by a mix of large and small firms, or go out on their own as independent contractors. With ever more efficient search engines and telecommuting, mobility in any labor force will increase. Nor indeed is the current labor mix in any particular firm stable. A gasoline company will sell gas for the indefinite future, but will change the composition of its workforce to respond to shifts in technology, supply and demand changes, and a wide range of regulatory and geopolitical forces. Hence, hundreds of different independent inquiries need to be made, without any idea of what should be done even if the needed empirical evidence could be gathered and analyzed, within a short enough time to avoid a de facto merger veto by delay. Thus, if it is found that there is undue labor market concentration in some areas, but huge efficiency gains in product markets, what is the best way to coordinate all this information?

Indeed, even if some firms were bold enough to try some hidden cartel arrangements, these plans would quickly crumble. Workers are far less fungible than a gallon of gasoline or a pound of potash. Employers will also find it easier to cheat on the cartel by offering various side inducements to keep the loyalty of their stronger employees, which leads to a more rapid erosion of the cartel. The entire enterprise is a fool’s errand, devoting too many resources in search of vanishingly small efficiency gains.

The Biden administration is far too pro-union for its own good. It should both tamp down its effort to strengthen unions and limit its antitrust efforts to those explicit arrangements for which the antitrust tools are best suited.