While teaching my first logic class (as a grad student, Baylor University, Fall of 2008), I made a rookie mistake. A student asked me if the false dilemma fallacy was the same thing as the false dichotomy fallacy.  I said yes.

What’s that–you weren’t thinking that was cringey and facepalmy?

But here’s what we do have:
–A good definition of what an informal fallacy actually is (and there’s one available here at my earlier post);
–a number of argument patterns that are often used in informal fallacies;
–various resemblances among some of the patterns that make it possible to categorize them;
–a few very well-established names for some of the patterns (ad hominem, ad populum, etc.);
–some other names that are somewhat less well-established;
–and a lot of different logic and critical thinking textbooks, each of which has its own particular approach to informal fallacies. 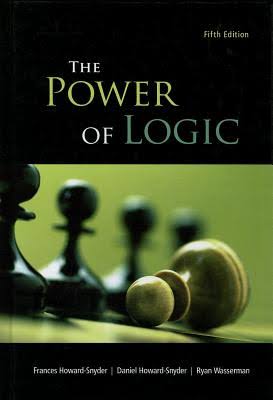 But here I am in Hong Kong, my job at HKBU involves teaching a lot of ethics courses, I haven’t taught logic since my last job in Pakistan, and all my logic textbook copies are in a box in a storage unit south of Houston!

And you know what?  I don’t even care. And I’ve already told you why I don’t care: We’re not talking about a problem that has an official or perfect solution.

But if you didn’t think my rookie mistake was actually cringey and facepalmy, then I can give you a better solution, and here it is:

Let’s look at the patterns, using temporary names that won’t lead us astray. 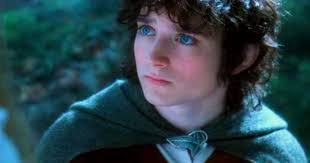 Fallacies Using the FRODO Pattern
1. You must disapprove of Trump’s behavior, or disapprove of Biden’s behavior. Make up your mind!
2. We must either approve of masks or of chloroquine, and masks are good.  So chloroquine can go to heck!
3. We have to drill more, or do more green energy; the time to decide which one is now!
4. We have to cut spending or else grow the economy to fight the national debt. It’s easy to grow the economy, so let’s just ignore the spending.

You see what’s wrong with the Frodos, don’t you?  Those “Why not both?” memes were literally made to respond to arguments like this! (See also Iron Man, below.)  All the Frodo arguments are telling us we have to choose between two options when we could well choose both.

Something different is wrong with the Sam arguments.  Their fallacy is giving us only two choices when there are other options available. (See Dilbert’s mom, below.)

(Of course, the same argument can have both mistakes: You must like Star Wars or else Star Trek. Star Trek is great, and therefore you should hate Star Wars!)

So let’s review the relevant terms:
–a dichotomy is a cutting or a dividing in two (see Dictionary.com here);
–and a dilemma is, traditionally, a set of two options or of two propositions (go to Dictionary.com here and scroll down to the part about “Historical Usage”).

This is how you’re likely to find the term defined in any logic textbook that uses the term “false dilemma.” “False dilemma” has a pretty well-established meaning, unlike “false dichotomy.”

Unfortunately, the terms are sometimes used synonymously, like here in Wiktionary.  This is not universal; for example, at the Dictionary.com definition of “dichotomy,” the third definition emphasizes the use of the term in logic as involving a strict separation, a mutual exclusivity–standard dichotomy stuff, not dilemma stuff.

Using them synonymously abandons the dictionary use of the word “dichotomy.”

Consider the claim You must support a future malaria vaccine, or at least support chloroquine. This sentence is not telling me that I cannot support both.  But if you want to call it a fallacy on the grounds that it leaves out mosquito nets, be my guest. That would make it an inappropriate reduction of choices, an improper set of two options–a false dilemma.

But it doesn’t falsely separate the two options it presents.  It’s not a chotomy of any kind, and so not a dichotomy.  So I ask you, if you want to use “false dichotomy” and “false dilemma” synonymously:

Why would you want to label something an improper separation when it does not improperly separate?

You could just say something like, “Hey, bro, this is a dichotomy, but it should be a trichotomy!”  Or you could just use the standard logic textbook term that makes sense etymologically: You can say, “This is a false dilemma fallacy.”

And then you can save the term “false dichotomy fallacy” for arguments that improperly separate two options.  That’s the right way to use the word “dichotomy,” and it allows us to use these two fitting names to keep track of the distinction between two different kinds of bad argument.