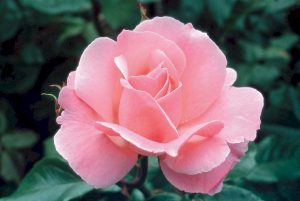 These words were spoken by Her Majesty, Queen Elizabeth II, to the family members of those who perished on September 11, 2001. And I’ve often thought she must have been channeling C.S. Lewis at the time:

To love at all is to be vulnerable. Love anything and your heart will be wrung and possibly broken. If you want to make sure of keeping it intact you must give it to no one, not even an animal. Wrap it carefully round with hobbies and little luxuries; avoid all entanglements. Lock it up safe in the casket or coffin of your selfishness. But in that casket, safe, dark, motionless, airless, it will change. It will not be broken; it will become unbreakable, impenetrable, irredeemable. To love is to be vulnerable.–C.S. Lewis, The Four Loves

It’s a theme that Lewis fleshed out some more in his reflection on the death of his wife, the American poet Joy Davidman, in the short memoir, A Grief Observed.

And it’s a theme I think I’ve found in my own life:  Love, and be vulnerable.  Or, somehow, find a way not to love, and be less than fully human.

I’ve always thought that outwardly directed affection of almost any sort is good for the person expressing it.  Because it takes his mind off himself and diverts him from unhealthy self-contemplation in a narcissistic, self-involved, and self-affirming mirror.    Paying attention to others, and loving my neighbor at least as much as I love myself is important, or so I have always believed.

And it’s never been more so for me than since 2018, the year in which Mr. She’s oldest child died as the result of a brutal, murderous attack seven months prior, and the year in which it became clear to me that my husband of almost forty years simply couldn’t cope with reality anymore.

I’d always believed he loved me dearly (because I know that’s true), but in the last couple of years, until his death in July of 2020, he often didn’t remember who I was; couldn’t recall important milestones in our life (the first time he asked me if he and I ever got married was a  real punch in the gut); was sometimes very difficult in relationship terms; and at the very end didn’t remember that he’d ever had any children or recall the existence of his best-beloved granddaughter, whose photo was prominently displayed in the slide show of family memories I’d set up and would play on the TV screen in his bedroom.  “Who is that little girl?” he’d ask plaintively when her image appeared.  As though he knew she was important and he was supposed to recognize her, but couldn’t quite place the memory of her face.  He had become supremely vulnerable.  And so had I.  And eventually, I turned off the slideshow.

Love has made his granddaughter vulnerable, too.  I know her own grief (she’s 13 now) at her loss is profound.  But, also in a very human vein, she has memories.  And I expect those memories of her “Gramps” will matter to her as much in 2074 (when she’ll be the same age as I am now) as my own, all-too-few, memories of my Granny matter to me today.  Love is love, after all. And, as the Bard sayeth–and thank goodness–it ain’t time’s fool.

Although not framed in Lewis’s words, the idea that there’s a price to be paid for love and life was front and center in one of my favorite movies, Shadowlands, a dramatization of the relationship between Lewis and Davidman:

” The pain then is part of the happiness now.  [And vice-versa, of course.] That’s the deal.”

And I, for one, wouldn’t have it any other way.

“Grief is the price we pay for love.” 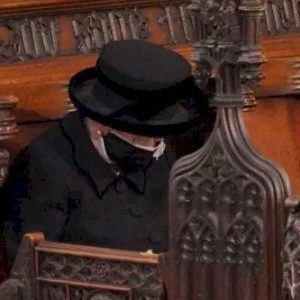