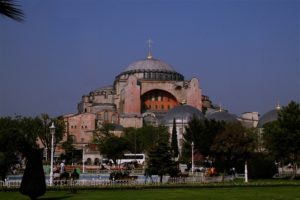 The world is littered with buildings and sites that once belonged to others.  Sometimes those others stubbornly remain.  More often they have faded away.  In many cases, we should be very glad there are no such troublesome “old ritualists” about.  I do not care to see the Aztec sun temples be anything but museums or out and out ruins – theirs was a cult of pure evil and industrial levels of human sacrifice.  The Phoenicians were likewise a sacrificial cult whose old worship sites should never be given back.  I do not think anyone is longing for a return of the Roman or Norse gods either.  Christians largely knocked down or re-purposed the old temples and should be under no modern obligation to give them back, despite what the neo-pagans insist.  To the victors go the spoils, especially after the lapse of a sufficient period of time.  For many buildings, the time is long indeed since they served their original purposes.

In 438 BC, Athens completed the Parthenon, a temple to the goddess of wisdom, Athena.  For over 700 years, worship of Athena continued in that temple.  As the Roman Empire Christianized, Athena was chucked out, and the Parthenon was remade into a Christian church (after a bit of remodeling), and rededicated to the Theotokos (i.e. Mary).  In time the old temple acquired Christian iconography and was one of the chief pilgrimage destinations of the late Roman (Byzantine) empire.  During the final collapse of Byzantium, Florence occupied Athens, added a tower to the building, and made it a Latin church.  The Ottomans later booted the Florentines and turned the building into a mosque.  In 1687, about 2000 years after it was built, during a war with Venice, the Ottomans used it as a gunpowder magazine, and Venetian artillery landed a round home.  (see Wikipedia)  Meanwhile, the Pantheon in Rome was once a Roman temple to all of the major gods.  Now it is a Catholic church.  Should these buildings be given back to “the old gods”?

In the west of England, near the Welsh border, lies the town of Shrewsbury (you Brother Cadfael fans out there ought to recognize the name).  The Saxons, once Christianized, built a church there, and archaeologists believe they did so on the site of an old pagan sacred grove.  It was common Christian practice to build churches on the sites where the pagans had worshipped – this was both politics and theology.  The politics of the decision kept the pagans at least coming to the same physical location, and the theological import was that the site had been claimed for Christ.  That church somehow survived and continued in use for centuries, until it became a barn.  During those centuries, first, the Eastern and Western Christian churches split, then Henry VIII ripped England away from Rome.  As even Anglicanism has nearly collapsed in England, the Eastern Orthodox have been busily winning converts.  One such small Orthodox parish acquired this old Saxon church-barn and put it back to use – for them it was a matter of reclaiming “one of their own,” a small colony in a Britain ripe again for evangelism.  They have since also acquired a much larger church in Shrewsbury proper – an old Norman church dedicated to a Middle-Eastern martyr.  You can see their story here:

Should we demand they move out of their Saxon building at this point?  Maybe the old pagans want to frolic there again?

In Jerusalem, we have the current Holy Sepulchre, which was built to replace a Roman temple to Aphrodite, which Hadrian had deliberately built over Jesus’s tomb.  And the Dome of the Rock mosque is built right over where the Holy of Holies was for the Jewish Temple.  Obviously the Jews want their Temple Mount back, but the reality is very complicated.  Should all sides surrender it as a museum instead?

As an Orthodox Christian, though angry at Erdogan for what is ultimately an act of petty international spite, I am not without hope that Hagia Sophia will not forever be a mosque. In fact, I know it cannot be so.  For Christians, even her now-former status as a museum was never good enough, nor permanent, being little better than a place of truce.  For Christians, Hagia Sophia is, in fact, still a church anyway, and nothing can make it anything else, even if (to our eyes) it has been vandalized and desecrated.  We are around, at least, to keep its memory alive.  The cult of Athena, meanwhile, is truly gone and cannot lay claim to the Parthenon, and the Roman gods are silent too.  For us Christians, to despair or remain overly angry solves nothing.  Nor does casting blame on this or that politician or bishop – Erdogan should have been seen clearly for what he is nearly twenty years ago.  For that matter, maybe we should really lay the blame on Enrico Dandollo instead.  Or maybe on Basil II for the succession crisis that led to the Roman collapse in the decades after his death.  Or maybe Christians should be praying and working for the Turks to convert, and to turn Hagia Sophia back into a church themselves.

Hagia Sophia has not heard her last Divine Liturgy, not by any means.  And her memory is not totally lost – she serves as the model today for Orthodox churches the world over. 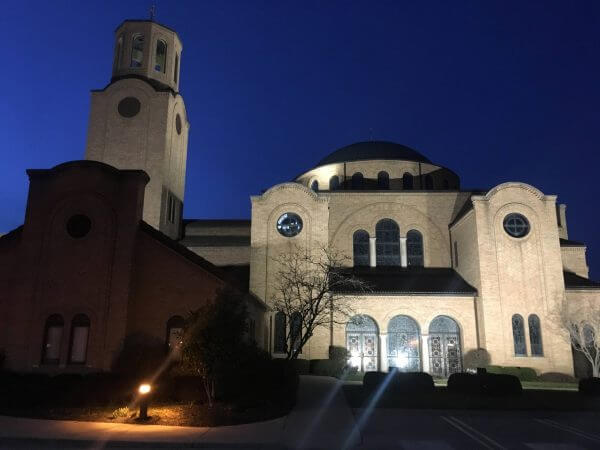 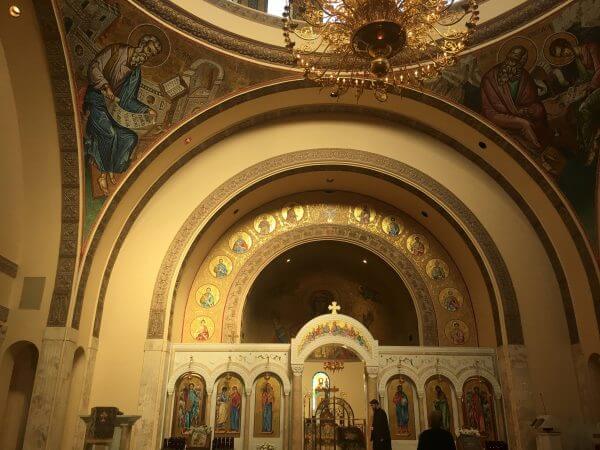