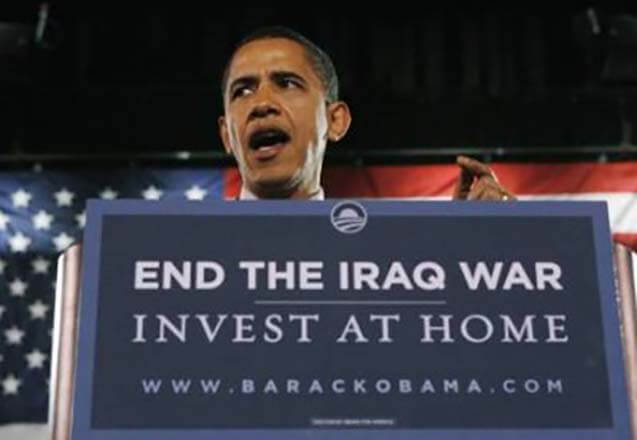 Radicals on every side began to assert themselves and ultimately tore apart coalitions the allies painfully built up over years. Obama’s haphazard policy choices have left us with an infighting, Iran-backed political class in Baghdad, an embattled Kurdish minority in the north, and the Islamic State rolling over both.

Last night, Obama decided to drop provisions to starving Yazidis atop Mount Sinjar and appears to be bombing IS positions here and there. Anything to get the image of children dying of thirst off television and social media.

The Obama Doctrine is to ignore problems until they metastasize into vast international crises, then react with an ineffective spasm of concern. In this, the President has been consistent, be it Libya, Egypt, Boko Haram or Ukraine. The truly serious situations get a Twitter hashtag.

It is good that Obama finally has been spurred to action, but most expect his Iraq efforts to be far too little, far too late. A year ago, he backed into a proposal to bomb Syria’s Bashar al-Assad, indirectly assisting the nascent IS army. Yesterday, he backed into a proposal to bomb IS, indirectly assisting Assad and Iran. Note that the Islamic State is the same group Obama mocked months ago as being nothing but a J.V. version of Al Qaeda and unworthy of his attention. A reactionary foreign policy is a rudderless one.

To date, the only American casualty in this new Iraq War is Obama’s naive view of foreign affairs. After eight years of dishonest rhetoric about Bush’s greedy war for oil and empire, Obama now must explain why his air strikes are of a superior morality. And if Obama does achieve military success in Iraq, will progressive Democrats ever forgive him?