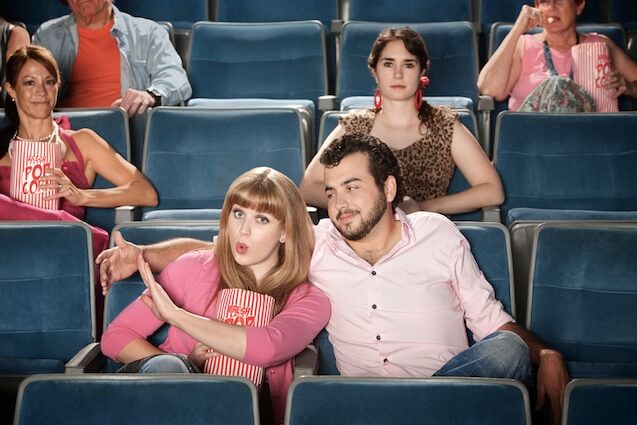 It was the summer before my sophomore year in college. I had just gotten my own studio apartment, even though I lived in the same city as my parents (dorms weren’t for me). We were members of the Raleigh Country Club (but not the 1%!), and the house I grew up in was situated on the golf course. Needless to say, I spent many summers at the pool, and this summer was no exception. One day, I went to the pool, and things happened.

Her name was Susan. I first saw her stretched out poolside, the suntan lotion on her long, lean body reeking of coconut oil (must have been that Hawaiian Tropic stuff).  She was tall, had curly auburn hair, and sent my hormones into overdrive.

I approached her, struck up a conversation, and learned she was a new club member, 18 years old, and a senior in high school. “Yes!” I thought to myself. What high school chick doesn’t want to brag she has a boyfriend who goes to college?

I asked her out and she said yes. My best laid plans (soon to come to ruin – that’s called “foreshadowing”) was to take her to a movie, then retire to my apartment for – ahem – an intellectual discussion on wave-particle duality (hey, I was a physics major!). I picked her up, went to the theater just up the street from my place (aren’t I clever?), and bought tickets for some movie with a title I didn’t recognize. The theater was surprisingly empty and we soon learned why.

The movie was awful. Nothing in the first five minutes made any sense, and the first big scene involved a woman being sexually assaulted. Oh great, I thought, not what I wanted on my date’s mind.

“Let’s leave and go to your place,” she said. “This movie is awful.” I was glad she agreed with me, and also pleased that she acknowledged my apartment was our next destination.

I figured I could recover from the bad movie by at least being sympathetic and hospitable. We got to my place, I gave her a beer (drinking age was 18 back then), and showed her around. Being a studio apartment, it only took two minutes. Once done with the tour, we sat on the bed, I kissed her, and she kissed me back. Things are going great, I thought, but then she sat bolt upright.  That’s when the nightmare began.

Without saying a word, she got up and went to the bathroom. A minute later, she came out, a concerned look on her face.

“Started it!” she replied.

She then unleashed a stream of expletives that ended with the word “period.” (Not unlike “If you like your current health care plan, you can keep it. Period.”)

I guess the dumb look on my face told her she needed to explain more, so she told me we had to go to the nearest store and buy . . . a feminine hygiene product. That’s when I started to scream inside.

We got into my car, and we drove to the convenience store up the street. She gave me instructions, but my brain had already shut down. I had never bought this stuff before, so what the heck was I to do?  I walked up and down the aisles, then I finally found the right place. I remembered she was tall (5′ 11″, just as tall as my first wife – but that’s another story), so I figured that the box marked “Super” was what she needed. I went to the checkout, saw my date in my car, and held the box up so she could acknowledge with a nod that I bought the right thing. Instead, she sank in her seat, covering her face with her hands. Ignoring the smirk from the guy behind the counter, I bought the box, took Susan back to my place, and she disappeared into the bathroom. When she emerged, she said “Take me home.” I did. No words were exchanged on the ride back.

The next day, I went to the pool, and she was there. I approached her, ready to offer an apology for how bad the evening went. She looked at me, shook her head, and that was all I needed to know. We never spoke again.

For the record, my wife (Neutral Observer) and I have swapped “worst date” stories.

Okay, Ricochetti, let’s hear what you have to say. Remember: No guts, no glory!