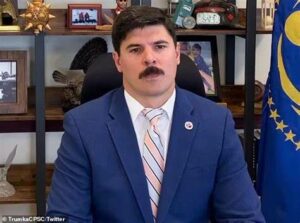 Charles C.W. Cooke, writing in today’s National Review about the Biden Administration’s plan to ban gas stoves, quoted the apparatchik in charge of the relevant agency as making the following, remarkably stupid, statement:

Justifying the administration’s proposed move, CPSC commissioner Richard Trumka Jr. explained that “products that can’t be made safe can be banned.” What, I wonder, would be excluded from that definition?

Very good question, Charles.  A few years ago one of my elderly patients was parking her car at a grocery store and bonked into something.  She said she was barely moving, but her airbag deployed, breaking her arm.  So airbags are dangerous, right?  Well, yes they are, but they can also save your life.  But since they “can’t be made safe” we should ban them, right, Comrade Trumka Jr? 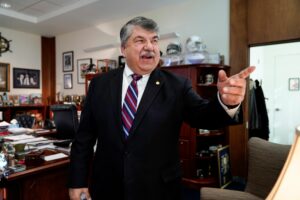 Richard Trumka Jr. was appointed Commissioner of the U.S. Consumer Product Safety Commission by President Biden.  You might think that Mr. Trumka Jr. might be uncomfortable with tyrannical power structures, controlling people through the threat of force.  You would be mistaken.  His father, Richard Trumka Sr., was the president of The United Mine Workers, and later he was president of the AFL-CIO.  So it runs in the family, I guess.

Which means that a Democrat president owed a favor to a union thug who helped him get elected, so now I have to change how I cook supper.

Our government is simply out of control.

Our government is so insane that it’s hard to envision what it was before, or how we got here.

This is absolutely bonkers.