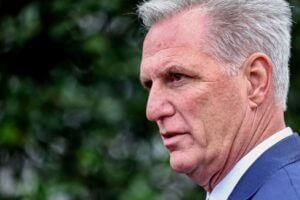 Following four days of voting, negotiations, and drama, Rep. Kevin McCarthy (R-CA) has been elected Speaker of the House on the 15th ballot.

In the 14th round of voting, McCarthy confronted Rep. Matt Gaetz, whose vote on that ballot would have given McCarthy the win. A motion to adjourn failed, so the 15th ballot moved forward.

With the Speakership settled, the House can finally get back to the important business of borrowing several trillions of dollars for unnecessary projects.