In December, nearly a year ago, I wrote that my husband had been diagnosed with a form of leukemia. However, that was not correct, we found when we visited a specialized cancer center. He was quite sick, but it was a liver problem and some kind of blood cell problem…just not cancer.

He died on October 27, 2022, a little over two weeks ago. We had a lovely funeral here for him. Our five children were all able to come, and our four grandchildren. Many friends have comforted me in person, and I’ve heard from many more via the internet and snail-mail.

We were a team for 48 years. We became “us” in February of 1974 and married in May 1974. But you know, I wasn’t ready for it to be over yet! I was hoping we’d get to ride the motorcycle for many more years. We had more places to visit and books to read.

He needed to go. He was in terrible pain and had been unable to walk for two months. He’d just gone downhill gradually, then the pace picked up over the summer until I found myself praying fervently for his release for several weeks this fall. Ooh, be careful what you pray for…God answered that prayer.

I think what I really wanted was to turn back the clock.  He’d been sick for so long that we only had a few fun things we could do anymore. We’d play dominoes; watch Jeopardy! on television each evening; see a great movie for the eleventh time. It’s probably a good thing I didn’t know that I was playing dominoes with him for the last time. Or that was our “final” Jeopardy!  Or the next time I watched “That Thing You Do” would be by myself.

I won’t pretend this isn’t the worst thing I’ve ever done. But life is just surging onward every minute. I’m substitute teaching for a good friend whose baby was born a few days ago, so that is going to keep me very busy herding cats in First Grade until Christmas break. It’s a good thing. I’ve never done this before…losing the Love of My Life…so I’ve got a lot to learn. Thanks, friends, for listening to me. 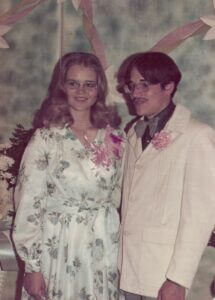 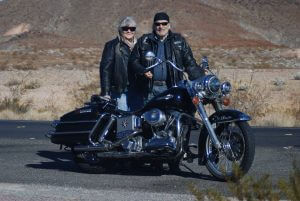 Published in Marriage
Tags: Going on Alone, Next Phase