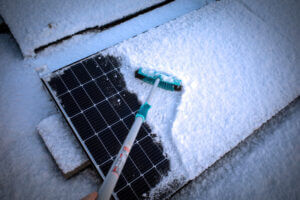 It is plain that Great Britain and Western Europe face a dogged energy crisis that could require planned blackouts and brownouts come winter. The explanation for this crisis does not lie in any unavailability of cheap energy sources that could easily be brought to market. It lies in the consensus among the political and scientific elites that these resources should not be used in order to block the allegedly dire side effects of their use.

The most recent chapter in this saga starts with the short-lived appointment of Liz Truss as British prime minister on September 6. Truss reversed the British ban on hydraulic fracturing for fossil fuels, or fracking, by permitting it in places where it had secured community consent. That policy shift provoked such an indignant response from both Conservative and Labour party members that it was promptly reversed by new prime minister Rishi Sunak on the assumption that fracking increases the risk of widespread damage from earth tremors.

The UK’s categorical judgment represents a terrible exercise in risk management. Vast improvements in fracking technology over the past dozen years have systematically reduced the environmental damage from fracking, with further improvements in store, for example, from techniques like waterless fracking. The comprehensive ban is overbroad, as it is possible to introduce targeted safeguards if and when needed to protect the most vulnerable locations while expanding energy supplies. Moreover, missing in the current decision to reinstate the ban is any recognition of the pending reduction in industrial production and the consequent increase in human suffering. Even environmental interests are put at heightened risk when desperate individuals and groups inevitably resort to other, less efficient, techniques to gain energy from burning wood or dirty coal.

The objections to fracking are not tied just to these overwrought local concerns but also to the persistent concerns of global warming. These concerns are poised to come into sharp focus at the United Nations’ COP27 (Conference of the Parties) on November 6–18 in Sharm el-Sheikh, Egypt, at which signatory nations to the initial Paris Accords will seek to reverse the current disarray in meeting their voluntary commitments to reduce carbon dioxide emissions. The obvious point here is that once back home from such summits, representatives of these nations are reluctant to bear the costs of sharp emission reductions. It is also highly doubtful that COP27 will be able to jump start compliance in the face of today’s extensive worldwide shortages of energy.

Indeed, it is fair to ask why that futile attempt should even be made. As in previous years, the United Nations has reaffirmed in its most recent Emissions Gap Report 2022 that “no credible pathway” is in place to limit temperature increases to a maximum of 1.5 degrees Celsius by the year 2100, with a goal of avoiding massive dislocations from a decline of agriculture, more frequent natural disasters, and rising sea levels. Some estimates put the planet on track to hit nearly 3 degrees Celsius of warming within fewer than eighty years, when even a jump from 1.5 to 2.0 degrees Celsius “may mean the difference between a world with coral reefs and arctic summer sea ice and a world without them.” But they rarely comment that full implementation of the Paris Accords will reduce global temperatures by around 0.2 degrees—little more than a rounding error.

The UN officials and their many supporters write as if their glum predictions are etched in stone, such that no intervention short of a total economic overhaul will allow humanity to avert this cataclysm. But their chain of causation consists largely of missing links. Any effort to predict the success or failure of future emission targets will depend heavily on such factors as the growth and effectiveness of future technologies. Ours is a dynamic economic ecosystem: the use of dirty coal has been slashed thanks to greater reliance on natural gas, and cleaner fuels for airplanes and ground transportation could further bend the curve downward. The persistent difficulties in sustaining both wind and solar energy, despite their prominence in green-energy planning, make it unlikely that they can fill any impending energy shortages. All too often the sun does not shine, and the wind does not blow, so these energy sources end up delivering large amounts of energy when not needed but too little when needed most.

Yet the difficulties here are even more acute. Estimates of population growth (or decline) over the next century really matter. The United Nations estimates that the world population in 2100 will be 10.9 billion, an increase of about 2.4 billion in about eighty years. In contrast, the Institute for Health Metrics and Evaluation puts the population in 2100 at 8.8 billion people, or 19 percent fewer people than under the UN estimates, with wholly different implications for energy demand. Yet the United Nations does not consider the possibility that greater efficiencies and smaller populations might upend all its gloomy projections.

The United Nations’ unsound approach is not limited to predictions—there is also fundamental disagreement over the current state of affairs. The UN report takes the position that all bad events rise hand-in-hand with increased levels of carbon dioxide concentration. But these natural phenomena are often cyclical, rising and falling over time, as shown on this graph depicting accumulated cyclone energy whose movements cannot be explained by the continuous rise of carbon dioxide in the atmosphere. It is also critical to identify the source of the downward pressure. 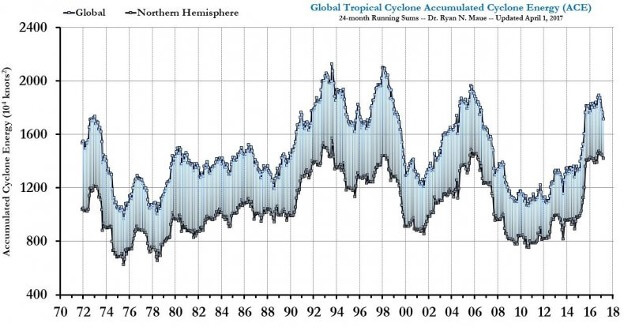 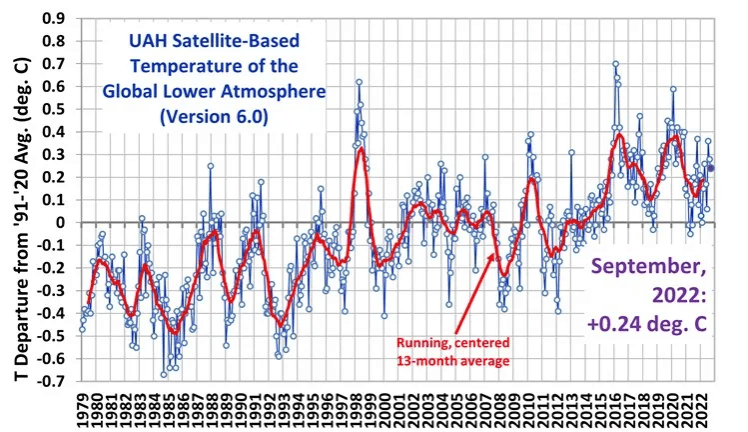 The second graph contains conspicuous ups and down, not only in 1998, but also more recently from 2016 to the present. Two peaks and two troughs appear in the past six years, suggesting that any relentless upward trajectory is highly unlikely, without taking into account other, independent variables. More concretely, these two cyclical graphs are backed up by evidence that various factors, to which the UN Intergovernmental Panel on Climate Change (IPCC) report paid little or no attention relating to global temperatures. Thus, in response to last year’s IPCC “code red” report, one group of scientists has claimed that the activity of the sun, and not carbon emissions, is the chief driver of climate change, to which there is no obvious human cure.

Nor does the IPCC offer persuasive evidence of climate change when it posts a photograph of a fearsome forest fire without identifying how it might relate to increased levels of carbon dioxide. Indeed, this visual demonstration is part of a concerted effort to attribute virtually all adverse events on earth to climate change, even though that broad claim is vigorously contested on every point.

There is evidence that hurricanes are not getting worse over time, that climate change has not increased the number of tornadoes, and that wildfires are not rising to record levels but are today lower in number and intensity than a century ago, when carbon dioxide levels were far lower. Further, there is evidence that neither floods nor droughts are on the rise and that crop production is growing “thanks in large part to longer growing seasons, fewer frost events, more precipitation, and the fertilization effect of atmospheric carbon dioxide,” according to a Heartland Institute report. This last element is attributable to higher levels of photosynthesis brought on by higher carbon dioxide levels, a collateral benefit that does not receive even a mention in the latest IPCC report. These contrary claims cry out for a detailed examination by the defenders of the IPCC position. This examination is conspicuously lacking.

Instead of analysis, there are wild claims from the White House that the $369 billion expenditures under the Inflation Adjustment Act will produce $1.9 trillion in benefits by 2050. The great risk is that taking these foolish projections to heart will amount to tilting at windmills: going after imaginary ills when those same dollars could be better invested toward eliminating poverty and disease around the world.

Nonetheless, COP27 looks to be largely oblivious to these risks. One of its two major agenda items puts the cart before the horse: namely, tackling the question of whether the International Monetary Fund should make available to poor nations some $650 billion in financial relief to compensate them for harms allegedly suffered from richer nations’ excessive emissions of carbon dioxide. But today, the proposal raises more questions than it answers. For starters, rich nations introduce superior technologies whose benefits are transferred to poorer nations through the goods and services that they acquire. Nor is it is easy to disentangle the positive and negative effects of carbon dioxide levels, either globally or nation by nation. And it is also necessary to ask whether potential recipient nations have properly managed their own natural resources.

It is most dangerous to turn to policies of massive redistribution when a sensible system of free trade across national borders could do more to achieve overall social welfare, without wading into abstruse analysis of what one nation owes another. The hyperbole practiced by the United Nations in its climate change initiatives extends the institutional foolishness of Britain’s decision to ban fracking instead of taking a stand to improve energy production and human welfare everywhere.