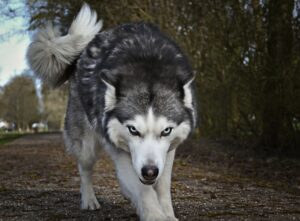 If you’re anything like me, you’ve reached the saturation point regarding the cries from President Biden about the catastrophes, dangers, disasters, and crises that are imminent. At some point, you would think that people would start to ask themselves whether they should really believe him or not, since the evidence contradicts his words. But there seem to be plenty of people, for any number of reasons that I can only guess at, who trust his ramping up our fear of the future. Just like the story of the boy who cried wolf, they continue to assume that the crisis is real and that he is telling the truth. Why would he lie?

Since I hadn’t read the story “The Boy Who Cried Wolf” in many years, I thought it would be worth re-visiting, and I wasn’t disappointed:

A wolf that lived in the jungle had attacked some sheep in the past, but the villagers always successfully drove it away immediately. Now, a shepherd boy was given the responsibility of taking the village sheep to graze on a small hill close to the jungle. While the sheep enjoyed their grass, the boy used to get very bored. He couldn’t sleep because he had to watch over the sheep. He decided to play a little trick. One day, while the sheep were grazing, the boy started shouting very loudly, ‘Wolf!’ The villagers in the nearby fields heard his loud screams and ran towards him. As they approached him, they saw him laugh loudly, for there was no wolf. The boy enjoyed seeing the initial concern and then the anger on the faces of the farmers!

This playful boy continued his pranks for the next few days and had a hearty laugh upon seeing how fast the farmers came to help him. The farmers were visibly upset and irritated, but went away without saying anything.

A few days later, after the boy allowed the sheep to move around the hillock, he noticed a movement in the nearby bushes. At first, he thought it was the wind. Suddenly, a wolf sprang forth and jumped in the sheep’s direction. The startled boy was taken by surprise. He panicked and started shouting very loudly, ‘Wolf’, ‘Wolf’. The farmers heard his screams and smiled at one another. “Does he think by shouting more loudly, we are going to help him?”. They continued with their work in the field, turning a deaf ear to the boy’s repeated shouting.

As the sun was seen setting in the west, the farmers collected their tools and waited for the shepherd boy to return. He always came down at sunset with the sheep and walked home with the farmers. That day, he was late. The farmers were puzzled. They were very caring people and decided that they would go up the hillock to get him and his sheep despite his naughtiness. They were surprised to see him sitting with his face covered as they approached him. They found him sobbing. ‘Little boy, what happened?’ “The wolf attacked the sheep. I called out to you all, but no one came to help,’ the boy replied.

The villagers did feel sorry, but they tried to make him understand. ‘You played a trick on us a few times and enjoyed a hearty laugh at our expense. We thought you were playing another trick when we heard your calls this morning! That is why we refused to come.’

I was amazed to see the parallels between the original story and the actions of President Biden. Besides the obvious moral of the story of the importance of telling the truth, do you see the other similarities?

So has President Biden been all that alarming in his statements to citizens? We only need to look at his repeated lies about Covid, mask-wearing, and the vaccines; his shouting about the dangers of climate change; his insistence on disrupting our oil supply; his downplaying of the cost of inflation; his ignoring the lawbreaking of the Left and targeting people on the Right; his exhorting people to defend democracy (whatever that means); his lies about closing the border; his depleting our emergency petroleum supply to help out our greatest enemy China.

There is also the fact that when we have real crises, he downplays or ignores them. What inflation? What shortages? What problems in our military? What spiraling national debt? What crime increases?

At some point, will our citizenry wake up and realize how he has deceived and misled us? Will they begin to push back on his statements?

Will they recognize the man who cries wolf?

[photo is courtesy of unsplash.com]